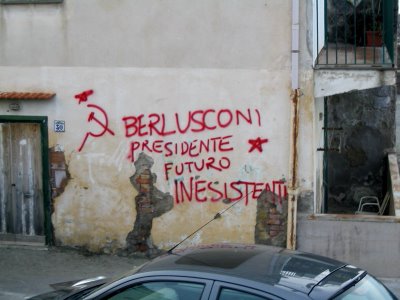 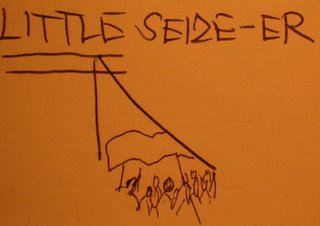 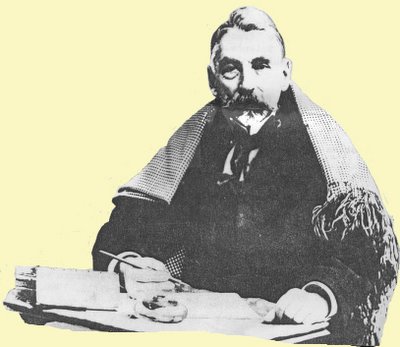 Your act is always applied to paper; for meditating without leaving any traces becomes evanescent, nor should instinct be exalted in some vehement and lost gesture that you sought.
To write--
The inkstand, crystal as a conscience, within its depths its drops of shadow relative to having something be: then take the lamp away.
You noticed, one does not write luminously on a dark field; the alphabet of stars alone, in thus indicated, sketched out or interrupted...
* 1:35 AM 1 comment: 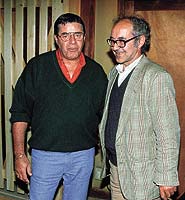 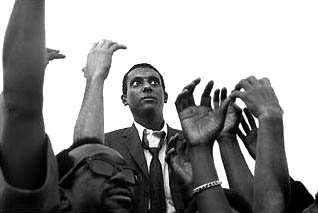 By way of an explanation, KINO SLANG, I ought to recall the words of Stokely C. on one particularly grand tradition of resistance by way of language:

"Take the English language. There are cats who come here from Italy, from Germany, from Poland, from France. In two generations they speak English perfectly. We have NEVER spoken English correctly! [applause] Never have we spoken English correctly. Never! Never! Never! And that is because our people consciously resisted a language that did not belong to us--never did, never will. Anyhow they try to run it down our throats, we ain't going to have it! We ain't going to have it! You must understand that as a level of resistance. Anybody can speak that simple honky's language correctly. Anybody can do it. We have not done it because we have resisted...resisted. "

Philippe Roger: Doesn't that come back to an almost militant idea of cinema's usefulness?

Serge Daney: Why not?

Because Daney put it so clearly in the interview that surrounds this 'why not?', we will quote him below. Why? Because we believe in a return to militant cinema. This is not only in regard to making films, which is very broad, but also to interpreting them. It means attempting to understand the way that "all films are militant films" (Daney again) speaking in someone's interest. It means wondering how aesthetics could possibly improve anything.

P.R.: The author’s ‘vision of the world’ would then be primarily a spatial, concrete point of view?

S.D.: This phrase ‘point of view’ has to be taken seriously. The point of view is a concrete situation in a cluttered landscape. It is subjective and, at the same time, it creates the objective. If I enter Lang’s point of view, I’m well aware that there are things which from that point of view cannot be seen at all, but I know that even because of this blind spot, there are things that I can only see with Lang. This is what now allows me to understand the amazing success of the phrase ‘mise en scene’ with the likes of us. The mise en scene is what shows up fracture points, oblique openings, suture or ‘padding’; you can slip inside a mise en scene, thanks to a change of shot, like a stowaway on board the film. You can learn about distances; the art of holding them, reducing them, sustaining them. In short, you can hole up, take in the whole picture, and that’s very useful in life.

Later, my ‘case’ seemed pretty banal. The cinephile is an orphan who chooses to be kidnapped by a rather special passer-by who launches him, but not just any old way, on his apprenticeship in the world. There’s a film which tells this story, the cinephile myth incarnate; it’s Lang’s Moonfleet. Nobody learns as fast from Jeremy Fox than the young John Mohune.
Obviously, if the auteur is like a father, you don’t make an alliance with him so as to go and have some fun with the other children. You make an alliance with him so he will show you the gravity of the world. In Lang, for example, children are the ones who should not be lied to.

P.R.: Whether it’s in The Ghosts of the Continuous or in more recent articles, including what you’ve written about the Gulf War, we find the idea that film should be a tool for conceiving the world.


S.D.: It’s like people who’ve done Latin and who suddenly realise that it’s usefiul to them in the modern world. The cinema is a fine tool for looking at what maybe comes after cinema. We ought to be able to say: ‘When you love life, you do film criticism of life’. If that idea could be smuggled into this book, I’d be happy. For me, making the most of cinephilia is talking to students at the FEMIS at the start of the (Gulf) war, and telling them that shot-countershot is not a dated stylistic device, but an idea. An idea so absent from TV that it immediately makes sense to look at Fritz Lang, who was concerned with nothing but that. So long as film students thought it was clever to feel so superior to TV, there wasn’t much you could tell them. But when they find a war on the small screen for the first time in their lives, and this war shakes them up or depresses them, you can take the opportunity to tell them that concepts like ‘montage’ or ‘close-up’ are gifts that the cinema makes to the twentieth century and they’re there for us to make use of them.


P.R.: Doesn’t that come back to an almost militant idea of cinema’s usefulness?


S.D.: Why not? It was probably easier for people of my generation who often encountered films like Night and Fog very early along their road. And who, rather than any unlikely ‘pleasure’, experienced a feeling of pride, despite everything, at having the cinema, the only art capable of maintaining its dignity at the level of such events, and of informing and forming. So I’m pleased that this idea I’m trotting out again - that the cinema is realist, that it records and bears witness - should also come from that war and be a product of its immediate aftermath.