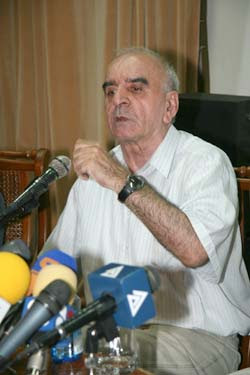 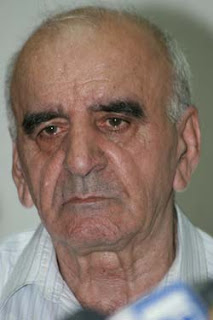 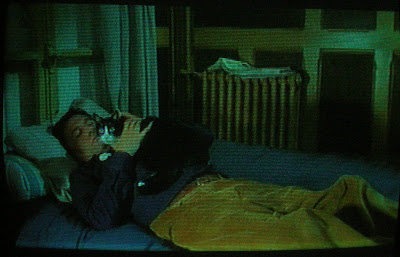 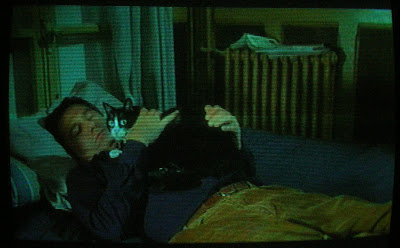 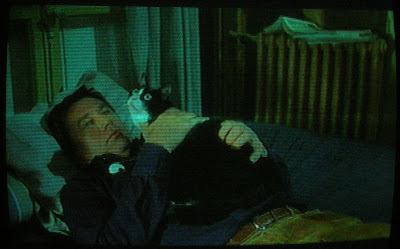 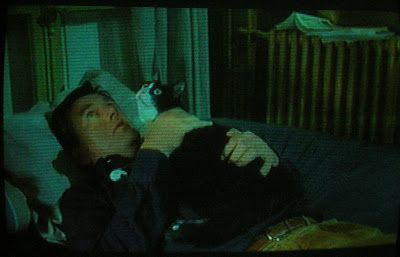 "I can only hazard the personal conviction that, with the passage of time, both films (Duelle and Noroît) will be recognised as significant extensions of (and advances in) Rivette's explorations - even if, from the present standpoint, the former seems to hark back to some of the illusionist premises of Rivette's earliest work..." (Introduction to Rivette: Texts and Interviews, now thankfully available here )

"The moods (of Histoire de Marie et Julien) range from troubling and disturbing to lighthearted, especially in Julien’s interaction with his cat, Nevermore. Originally the cat was to have a speaking part. Some have reproached the film for the scenes in which the cat obviously makes some “mistakes” such as watching the boom microphone or scrambling back from the approaching camera." (from Jonathan T.'s wonderfully lively Paris Journal on Film Journey )


The twists and turns of fate in the life of anti-illusionism since Duelle are too much for me, though it does seem right absent in Rivette after the unheralded frame lines of the final showdown/lesson in Le Pont du Nord (1982). One thing is for certain: anti-illusionism in general has been utterly co-opted since the era of Duelle to aggrandize the power of advertising, cynicism, reveling in the "lie" of it all, but telegraphing loud and clear nonetheless (this is probably the relief that's felt in seeing home and cell-phone video on YouTube, they're "saying nothing", seeing/hearing everything).


Duelle itself has aged magnificently (my copy thanks to Travis Miles): a story of sun and moon goddesses, seers, and one girl-detective (only in flashes, like Jerry Lewis in It$ Only Money [Tashlin]) played Hermine Karagheuz, with a face, and some gestures, straight from the silent period. There's second-rate magic/illusion by way of tonic lighting changes, and anti-illusionistic but pro-hypnotic richness in the variations of music and body (musical improvisations blatantly played onscreen by Jean Weiner who is consistently surprising when he appears), radical shifts in acting, posture, and costume (Berto's extremely diverse donning  is such a shock each time, that this alone has the odd effect of strengthening the fiction on the one hand, and blaring it's artificiality on the other). Every move of the body and trembling of the fiction threaten to tear the screen to ribbons (one of Karagheuz's screams out of nowhere nearly does). In any case, Rosenbaum seems excited (at least I was) in his footnote on the film and what came after:


"While Duelle might be described, from a strictly commercial standpoint, as a film 'aimed' at a particular kind of audience which no longer exists, the more ambitious and radical procedures of Noroît suggest both an acceptance of the fact of this 'lost audience' and a subsequent liberation from this frame of reference -- thereby marking a return to the sort of experimentation and 'pure research' largely abandoned by Rivette after Spectre."


Alas, 30 years on, Rivette gets reproached when in Histoire de Marie et Julien (2004) he crystalizes some of his former narrative terror and anti-illusionism into one brief shot of a cat on a man's chest recoiling from the camera and the boom, the whole appartus bearing down on them in a tracking shot. A Bazinian anti-illusionism. Once the camera settles, the cat stares up at the boom mic. Perhaps the man (Jerzy Radziwilowicz) is "covering" for the cat when he looks up too and says "nosing around upstairs again? Don't lie, I can see it in your whiskers." This being a film by Rivette the line is sinister (what fiction/terror hovers overhead of our forward stare?), the scene tells a terrible truth on at least two levels, and Rivette once again revives the stakes of the tracking shot to a life or death situation. 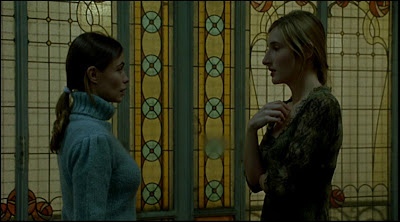 
On another note, I was recently struck by Ossos (1997, Pedro Costa), the films ineffable "lead" Mariya Lipkina, and the resemblence of her name to Marfa Lapkina, the "lead" of Eisenstein's The General Line. Mariya Lipkina was not one of the real-life inhabitants of Fountainhas, the district where Costa has been making films for 10 years; she had in fact acted in six Russian films prior to Ossos (quite a few considering her young age). What one wonders is why exactly her filmography stops at Ossos?


Marfa Lapkina, of The General Line, was cast according to the Soviet practice of "typage" (consider the difference in meaning between the word "types" in a capitalist society, and a society attempting communism). In Helen Grace's brilliant article "Hegel's Grave" she describes "typage" as: "a theory which gives a place in the history of the image to figures who are invisible to history."

"If however this face and this body (Marfa's) should disappear from cinema, then it would mean that all human bodies like it are doomed to disappearance not only from the space of representation but from life itself, all these bodies in the name of which an entire moral economy has been formed in the last century and a half. Yes, of course they will die, but I'm speaking more of the prospect of an impression that they never existed at all and that it is only the great men - the Eisensteins, the Hegels - who deserve to be remembered. It is also the concept of a particular ideal cinematic figure - the mass hero - whose future is at stake here."

A similar plea could be made for every face and body in Costa's cinema post-Ossos, namely those that inhabit No quarto da Vanda, Ou git votre sourire enfoui?, and Juventude em marcha. But where has that left Mariya Lipkina? I don't know. Costa obviously stays close those in his films; Thom Andersen reports that Alberto Barros, "Lento", had to explain one of Juventude em marcha's major plot points to Costa after the premiere at Cannes.
Marfa Lapkina did not see Eisenstein's film until fifty years after its making (apparently, in 1978, a film was made of Lapkina's first viewing). 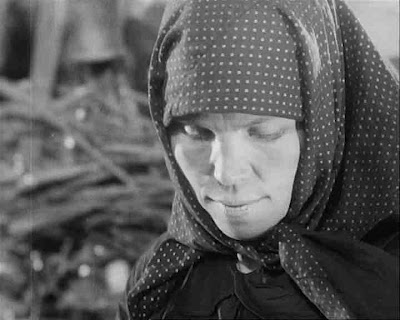 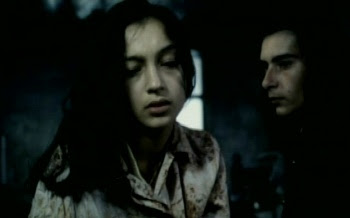 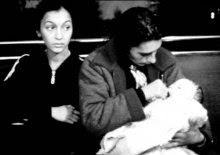 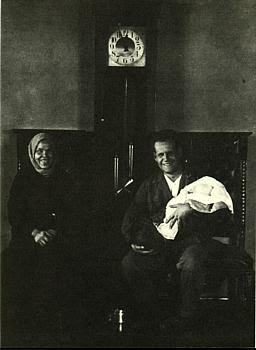 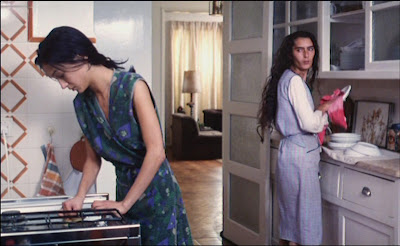 the old and the new (click here for clip) 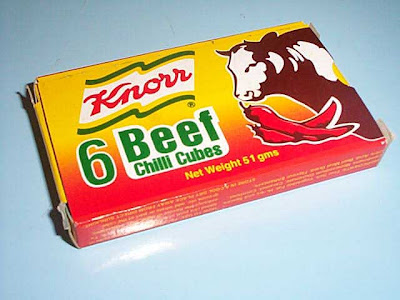 the Knorr cubes referred to earlier. the ones Carla went to jail for.
* 3:37 PM No comments: 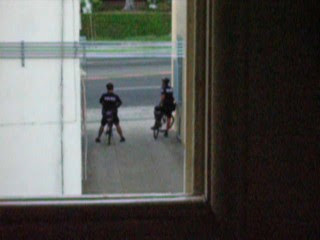 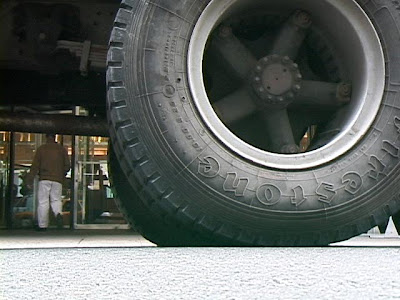 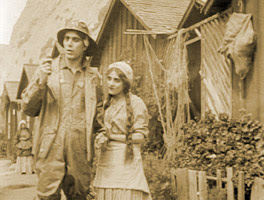 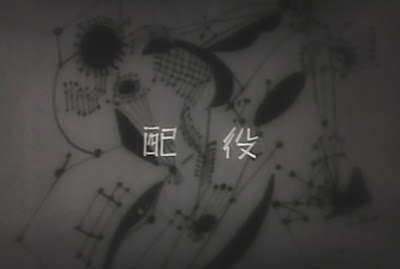 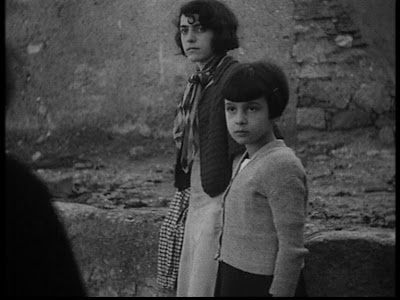 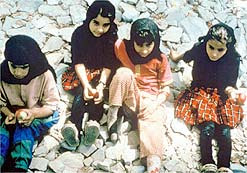 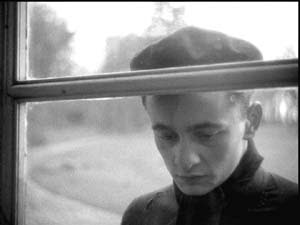 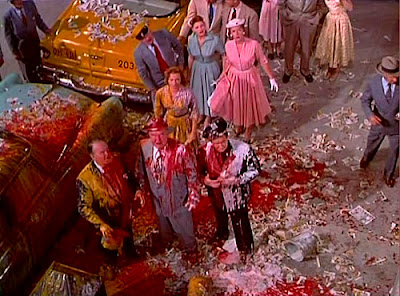 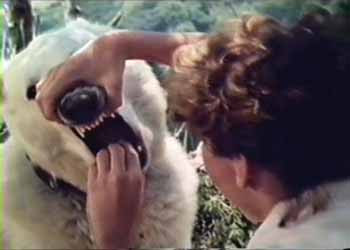 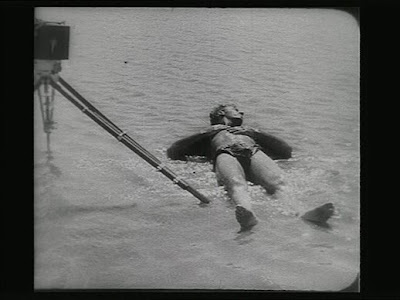 "It is unimaginable, at present, for a young person who wants to make a short film to go to a producer and say: 'alright sir, I don't know what to make, I don't know what cinema is but I want to make a film.' Any responsible filmmaker must say that, it is the truth. "
-- Pedro Costa 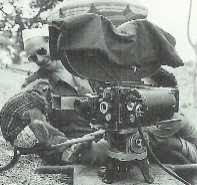 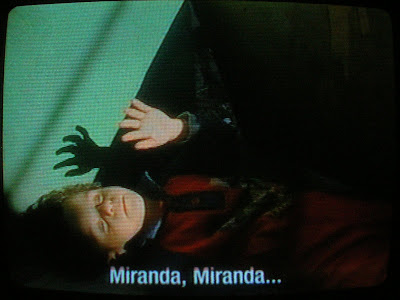 "But then, what else happens? 1619, you've got white slaves and you've got black slaves. You have the first representative assembly that takes place as modeled on the corporation, but it is attempt at democratic elections, the first representative assembly. They gathered July 30, 1619. They cancelled August 4, because it got too hot. And thirteen days later, here comes the boat with the first Africans. And at that time, slavery was not racialized.
"You had white slaves and you had black slaves.
But the white slaves, you look on the register, 1621, they had names like James Stewart and Charles McGregor. But you look on the right side and you see negro, negro, negro, negro. So even before slavery became a perpetual and inheritable structure of domination that would exploit the labor of Africans and devalue their sense of who they were and view their bodies as an abomination, you already had the black problematic of namelessness. White supremacy was already setting in as another dominant ideology to ensure that these working people do not come together.
"It's a creation of different worlds, so that the de facto white supremacist segregation that would be part and parcel of the formation of the American Empire would constitute very different worlds and constitute a major challenge to what it means to be a leftist in America from 1776 up until 1963, given the overthrow of American apartheid, which took place in the ’60s"
-Cornel West, 2007

"Now there's one modern day lie that we want to attack and then move on very
quickly and that is the lie that says anything all black is bad. Now, you’re all
a college university crowd. You’ve taken your basic logic course. You know about
a major premise and minor premise. So people have been telling me anything all
black is bad. Let’s make that our major premise. Major premise: Anything all
black is bad. Minor premise or particular premise: I am all black.
Therefore...
I’m never going to be put in that trick bag; I am all black
and I’m all good, dig it. Anything all black is not necessarily bad. Anything
all black is only bad when you use force to keep whites out. Now that’s what
white people have done in this country, and they’re projecting their same fears
and guilt on us, and we won’t have it, we won't have it. Let them handle their
own fears and their own guilt. Let them find their own psychologists. We refuse
to be the therapy for white society any longer. We have gone mad trying to do
it. We have gone stark raving mad trying to do it. "
-Stokely Carmichael,
1966


Different worlds, still, as according to the FBI (Kwame Ture)

I put a spell on you, Nina Simone: shot counter shot.