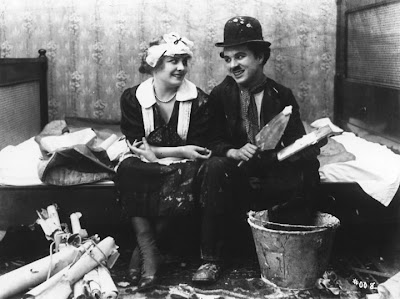 "Work was one of several Chaplin comedies scheduled to be shown at the New-York Historical Society in September of 2001. In the wake of the terrorist attacks at the World Trade Center, however, this film and one other, Dough and Dynamite, were pulled from the program, because each one ends with Charlie emerging from the rubble of a destroyed building."

No he did not emerge from the rubble of a destroyed building and then walk into a Burger King or retailer of jeans. Chaplin fades out.

None of the films were pulled for showing what is still with us even on September mornings: poverty, squalor, exploitation, the barbarous relations between people it brings, unemployment, a face on a barroom floor... 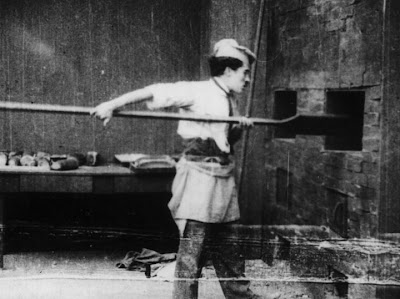 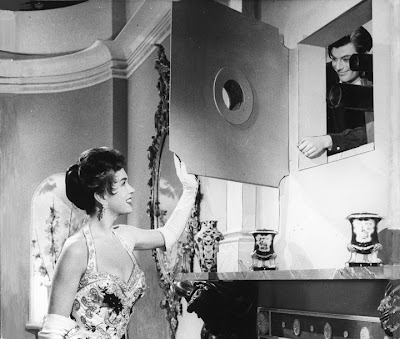 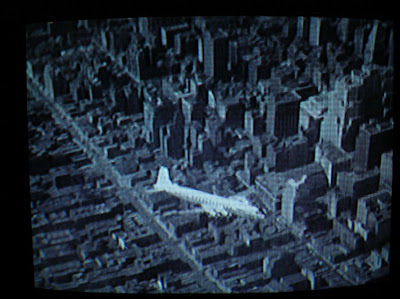 After the Chaplin films were pulled in September 2001, an exhibition on Julius and Ethel Rosenberg and the Cold War began in October at the same New-York Historical Society. There, again, A KING IN NEW YORK could have been shown, or censored. Neither was done.

"But you had music playing during the hippopotamus hunt!"

I felt a bit guilty.

Just like in a good old western I'd wanted to shore up the dramatic moments with music.

But at least I'd used traditional hunting music.

They said, "That's true but a hippo has very good ears. Music would scare it off."

"Green is almost uniformly spread over the plants, the wind follows the birds, no one risks seeing the stones die." 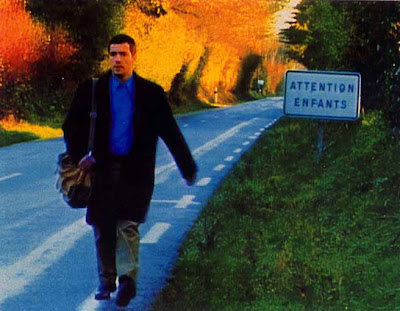 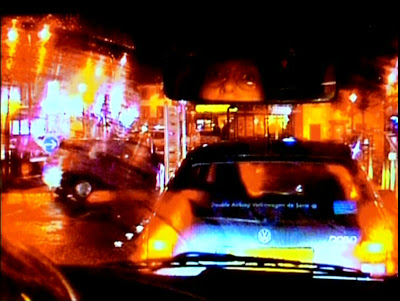 ("The result is not a broken-in animal but an animal trainer.")