The film for me was a school: an aesthetic, moral, and political school. Why an aesthetic school? Because it’s a documentary of great acuity and great objectivity. And this is very rare. This acuity goes so far that it shows the sham, the trickery, the lies about aerial bombing. They say it’s for military purposes but this is impossible, it’s nonsense. One can see it in the film when the bombs are dropped. It’s nonsense. It’s all over the place and consequently they invented, as the Americans did, “carpet bombing”. They crush everything they can crush, with no strategic or precise aim whatsoever. And this, you can see it in the film. 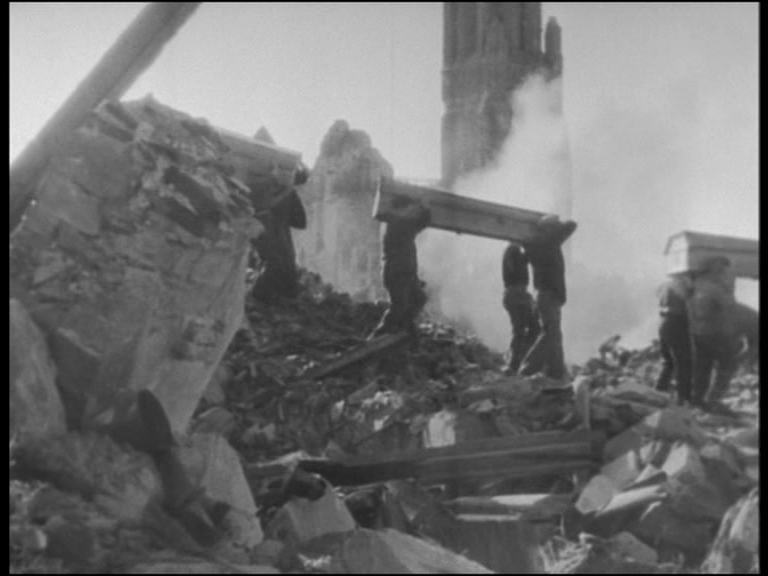 You can see many more things thanks to the acuteness of Grémillon’s work. You can see for example, “after the storm”, if I can say it that way, you can see people walking, people of a certain age, and you say to yourself “Good God, it’s over, no one, not even the peasants, still walks that way.” It hit me, last time I saw the film. This is what objective documentary work is.


And there is a third thing that you can see, thanks to Grémillon’s acuteness, it’s that even in an interview domain like this, like what we are doing right now, fooling around between us, or even when TV journalists stop passersby on the street and ask them “So what was it like?”… The people who answer in this movie–there is a school teacher and a carpenter–absolutely have (and not only for social or class reasons) a way of speaking that has nothing to do with the way people speak who undergo the same interview treatment nowadays. They have a way of speaking that, without them knowing or wanting it, is a theatrical and even Brechtian way of talking. It’s completely different; we have the impression that they are reciting their experiences. They re-quote them, they recall them and they recite them. And they don’t pretend to be natural. And this is important; there aren’t many films where you can see these sorts of things. 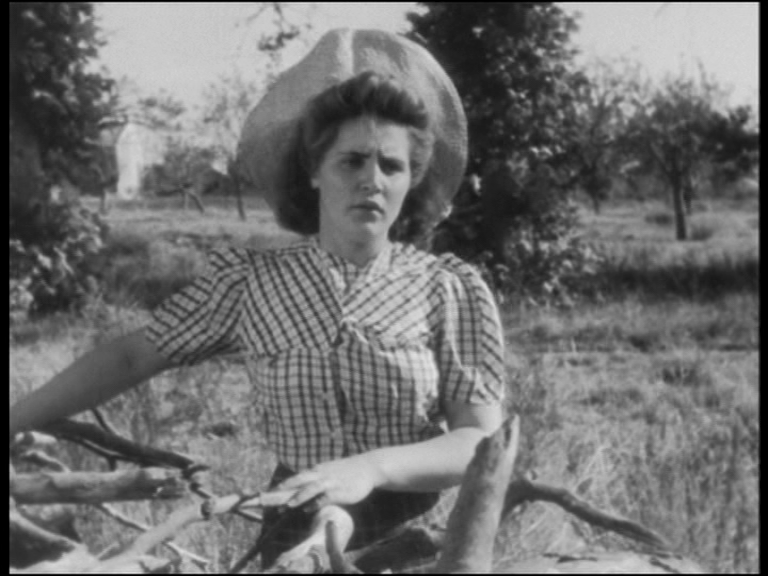 
I saw this film again in a retrospective of long films (complete versions of previously abbreviated films –Ed.) that happened not long ago, at the Centre Pompidou in Metz and later demanded to show this as a carte blanche. And we saw one of the two copies from the Bois d’Arcy Archives, and, something happened to me: I suddenly caught myself crying, big teardrops, in the dark. Because for the first time I was discovering destruction and waste.


Me, I am a “Lorraine patriot”, let’s say it that way. Let’s say that way before the Normandy landings, and even before the winter of ‘42, the Stalingrad winter which I recall very well because I was ice-skating on the Moselle, completely frozen, and my father said “That’s it, this is the beginning of the end,” with a huge smile on his face. And then we knew that there was a possibility that someday we would be liberated. There was an attic up there, at my parent’s house, and in this attic I was alone, and there was a dormer window and a map of Cotentin and Normandy and there were little flags. And when they landed my heart jumped and I was happy. And I raised the little flags. And we believed it was liberation. And one fine day we saw this film, and on the spot: the reality.


But one day you’ll see this film and discover what I discovered. When the Normandy landings happened we were relieved, we thought it was liberation. And what this film shows is the price of liberation. The price of this liberation. And it introduces doubt into the spectator’s mind about this liberation. This is what’s important because one realizes, slowly, without Grémillon needing to say it, and poor him he was really incapable of saying it because it was only in the process, it was only the beginning, and it was concealed, hidden, as usual, like everything American imperialism does before becoming cynical, and one slowly realizes that this liberation was the beginning of a colonization, very simply. Ours, first – it wasn’t the goal because they wanted to liberate us – but they did want to colonize all the rest of Europe and they would have done it all the way to the Urals, but it so happened that Stalin was stronger.


And the film doesn’t last one hour, it’s a little less than one hour, so it couldn’t be released that way, and then they said 'Let’s make a short film out of it' – at that time you had to show short films, and the CNC pushed people give them over to the owners of theaters. They called it “support short films”. And they (cut it and) made it a short film and reprogrammed it that way, until something better would be possible. I’m not even sure there would have been a cinema, at that time, able to release it in its full version. It should finally have the right of return. And if it can’t exist here it means the French were colonized to the core, to the bone. E guarda caso, as the Italians say, it wasn’t by accident that it was not financed by the Popular Front, nor were any of his films. He may have been a communist (être au PC), he was Grémillon, and no one resented him. Not only because he drank a little too much, they sank him, and he didn’t manage to finance 1848 (Le Printemps de la Liberté, The Springtime of Freedom; Grémillon’s unrealized epic on the revolutions of 1848 -Ed.), his dearest project; it remained in the desk drawer.


Since THE 6TH OF JUNE AT DAWN we refuse to start shooting a film before the 6th of June. Because in Germany as well as in Italy and France, around the 6th of June there always is a deluge of rain. Whatever the year. So we wait until the 10th. And what happened on the 6th of June? They had disgusting weather and more GIs died from drowning than from the German bombs. It’s a known fact. And what did Eisenhower tell them? Ragazzi rest assured, the weather report predicts good weather. Well isn’t that something! Eisenhower lied of course. There were other reasons; he didn’t want to change the date. If he had been a General who had a little consideration, who knew the importance of meteorology, he wouldn’t have been a General, he would have made films. 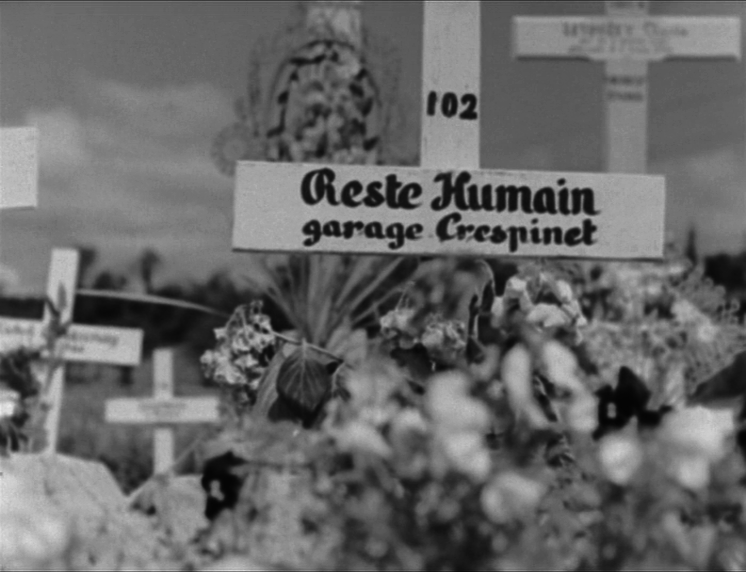 The original interview is a supplement included in the superb DVD edition of THE 6TH OF JUNE AT DAWN by POM Films /Editions de l’Œil. More information about the edition can be found here.