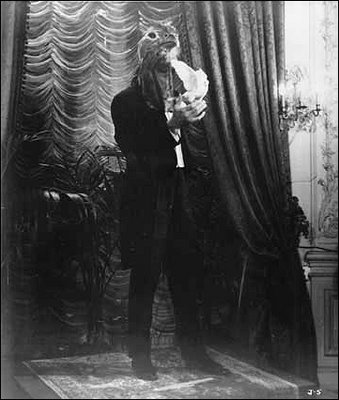 "I'm even the opposite of an anarchist, because from the moment where what's needed is collective action, I detest everything that's individual...when all's said and done, loving your neighbor is all very sweet, but we have to destroy before we can rebuild. And I think we might begin, as Saint-Just recommended, by depriving the enemies of liberty of their liberty. And then we'll go towards liberty automatically, whether liberty of action or liberty of art."

"Obviously, you have to be pessimistic.....Once I've eliminated all the undesirable potentialities I can be sure of winning, but I have to believe in all those potentialities before I can eliminate them...I think that pessimism is very profitable, and that it leads...first to fighting....then to a happy outcome." 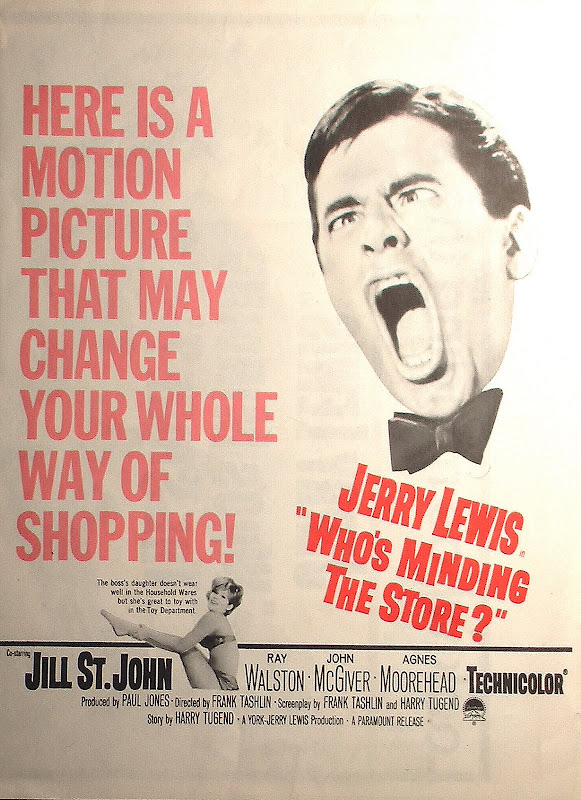 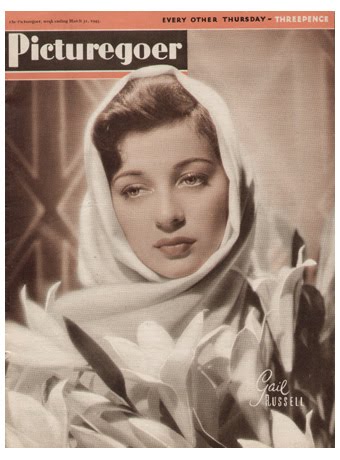 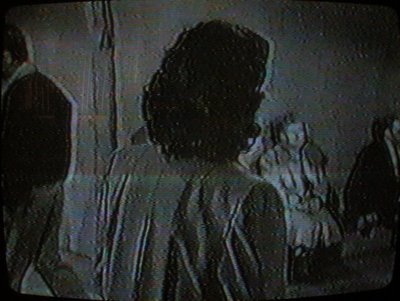 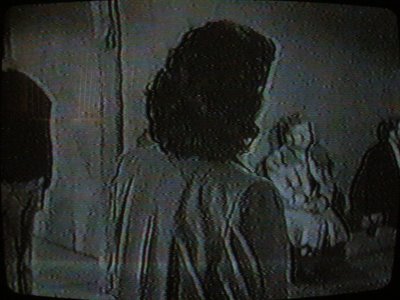 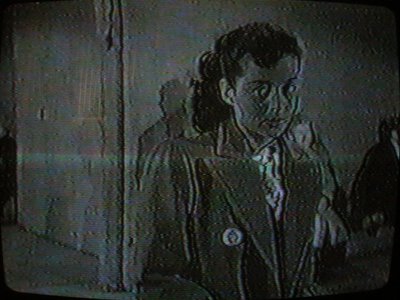 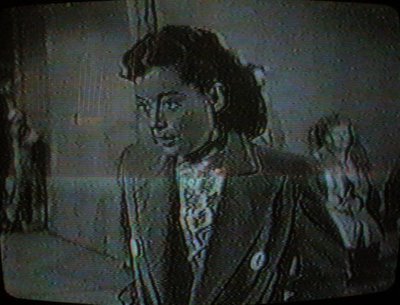 Coming across a particular film and two texts recently moves me transcribe and juxtapose them here in the hope that they say a little something about the price of nostalgia and glamour, those qualities enshrined by an increasingly apolitical generation of cinephiles, and the way these idealizations can distort or favor certain artists and the conditions they worked in, ignore the politics of the films themselves, and willingly forget the courage and degradation that went on in old Hollywood. I also submit these thoughts as a check on my own post of a series of stills from several weeks ago, of women in films.

The film: THE LAWLESS (1950), a dialectical political film if there ever was one, directed by Joseph Losey. I won't go into the film here beyond the following, which I've just posted to the film group Film + Politics:

Quote of the day (this "american century"?) -- Maurice Jara, playing a WWII vet and struggling laborer, saying "they (Uncle Sam) used to pay me to kill guys like you!" while swinging a wrench at a foaming white american mob. This film is really something...

- The rigorous framing of the police who are only rhetorically good; they let real brutality and distortion happen always.
- The cut from Lalo Rios taking a shower outdoors to the white privileged kid taking a shower in a comfortable bathroom.
- The father of the privileged kid as well-meaning only insofar as his wallet goes (shoring up the system in the process)
- The long (dare I day Straubian) pan across the quarry where Rios is being hunting for something he didn't do - beginning on the back of the farmers head and going in the opposite direction from the idealistic newspaper man trying to find Rios before the police do - a dialectic shot if there ever was one.
- The newspaper man's gestus. Ciment says he's a positivist Capra hero who realizes he is wrong. His stopping to admire the smell of burning leaves in October (representing nostalgia for small town America) in contrast with marred human relations all around him.
- The very Brechtian gesture of the match that the newspaper man lights for the callous and sensational newspaper woman's cigarette as she dictates lies to her paper, saying that Rios had no "remorse" in his eyes, all she could see was "cruelty". This gesture of the newspaper-man's is in contradiction to his moral position in the scene prior. The lighting of the match is an action showing that the newspaper man has not put into action his consciousness of complicity (which the film is so good at laying bare,media/career wise) and it's like the opposite of the fish-wrapping scene in NOT RECONCILED (Straub) where Schrella REFUSES to dine with a still-fascist democrat by having his lunch wrapped up and leaving.
- Gail Russell's strong moral/political-bearing character. Such a character is not unconventional to Hollywood films of the time but hers stands out in performance and absolute clarity of the political lines she demarcates. Russell's actual personal/professional life during the shooting of LAWLESS is even more devastating, and constitutes a story worth looking into.

Know that THE LAWLESS is a film directed by a man who studied Fritz Lang and worked with Bertolt Brecht. Know that an argument could be made for it as a Marxist film, made within Hollywood, and after the HUAC purges no less (courage). That its screenwriter Daniel Mainwaring (sometimes credited as Geoffrey Homes) was "greylisted" and yet fought for his blacklisted comrades. Somehow Losey went on to make several more politically advanced films within Hollywood, THE PROWLER and a remake of M among them. And know that you must track it down and that it won't be easy...

Text 1: Losey's own account of the career of actress Gail Russell (pictured turning above), the female lead in THE LAWLESS. With THE LAWLESS's politics as a film intact, through his account we can already see some irreversible degradations that went on in industrial Hollywood. If THE LAWLESS is a product of a group of people who represent something that has been lost in the US today (Losey, springing from the same lively and progressive artistic/cultural atmosphere as Orson Welles that once existed in Wisconsin, early in the 20th century; and Daniel Mainwaring, springing from an honest journalistic tradition, now almost completely gone, where it remains it is ghettoized), and who in all sincerity tried to expose the rottenness of certain aspects of America, we mustn't forget that THE LAWLESS was still a product. "Variable exploitation". If it is a product, it remains a great one. Below is Losey's account:


"Gail Russell, who didn't want to be an actress, was picked up by a talent scout when she was a clerk in a department store in Beverly Hills, came from a lower middle-class family. She died of alcoholism because she was so deathly frightened of acting, but she had in her the makings of a great star. I had a tragic time with her. I think she had the most beautiful eyes I have ever seen, the most moving eyes. And she was immensely sensitive. She didn't know anything. Paramount had her under contract -- like a horse. She got a big salary then, and I had absolute instructions from them not to let her have a drink. The very first time I shot with her I had a long night-tracking shot. It was half the night, we finished at twelve.

"She couldn't remember a single line and it was three or four pages of important dialogue. I wasn't trained enough then to say 'Well, we'll shoot it another way', and I kept trying to get it by coaching her in her lines, and finally I said 'What's the matter?' And she grabbed me, her hands were icy cold, she was absolutely rigid, and she said 'Look. I don't want to be an actress. I'm not an actress. I can't act. I never had a director who gave me a scene this long before. I can't do it.' And I said 'Oh yes you can. I'm sure you can, and you are an actress.' 'No, I'm not, I've never kidded myself. I'm not an actress. I hate it, I'm frightened of it. Get me a drink and I'll be alright.' So I said 'You know, I've been told not to get you a drink?' She said 'Get me a drink!' I got her a drink and she did the scene. (...)


Text 2: Not entirely unrelated, at least not in my mind, is the below text by the great film critic and historian Bernard Eisenschitz. It appears in FRANK TASHLIN (Festival Internazionale del fim Locarno, Editions Yellow Now) edited by Roger Garcia. A book of very fine essays on this nearly forgotten director ranging from personal appraisals to scholarly research on Tashlin's extra-filmic work. Eisenschitz's essay PARDON MY FRENCH breaks any lightness in the other essays and starts in with an acute analysis of how this comedy director has been critically understood in France. Towards the end of the essay he launches into an attack on those who neglect Tashlin's modernist aspects and those who neglect Tashlin entirely, even linking this to opportunism:

"Subsequently (after the May '68) the discovery of the American cinema went hand in hand with praise for the "transparency" of a linear narrative, a non-reflexiveness, a lack of self-distantation, non-autobiography, and preferably contemplation. Since he was at the opposite of these concepts, Tashlin was soon declared as nothing more than a foil for Jerry Lewis, the only avant-garde filmmaker championed with some unanimity by French critics*. This stance has reappeared in a diffuse cinephilia which feeds on mythic - and Americanized - knowledge of genre and studio movies. Everything that was iconoclastic and anti-nostalgic in Tashlin in relation to this cinema and this outlook could only be rejected. The corollary of 'Nothing much remains of Tashlin's works today,' is: It's time to discover Norman Z. McLeod or Norman Taurog. The deeper meaning of such a rejection is a settling of scores with the New Wave (whether the enemy is embodied in Truffaut or Godard) and in what it stood for, and stood up for.
"In a world where second hand visions and video have become shortcuts to a career, and where - on the other hand - films have become the abstract objects of cultural analysis, it is understandable that Tashlin, with his awareness of the rupture that was to come, would not be among the most shared of pleasures. It is not a successful career move to remind the audience they are marketed and devalued by a cinema obsessed with success. The fact that satirical comedy, like epic theatre - and no less deliberately so - puts the audience in an uncomfortable situation by making it laugh, is no more of a way to success either. For me Tashlin is the link between the new cinema of the 1960's and another great satirist, himself a victim of general amnesia, Bertolt Brecht. There is no better commentary on the image of the movie theater in THE POSSUM THAT DIDN'T than paragraph 26 of Brecht's THE LITTLE ORGANUM FOR THE THEATRE, Rock Hunter and the Bear are incarnations of Galy Gay, and we should watch THE GIRL CAN'T HELP IT in the light of the commentaries on MAHAGONNY."


*Lewis on Tashlin: "I owe him everything I know."
+ thanks to Deborah Mainwaring for the correction.
* 1:17 PM 4 comments: