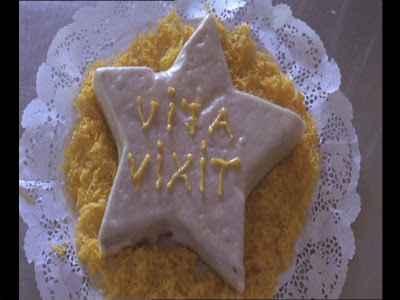 Matters of a quarter of a second...

A new short by Jean-Claude Rousseau, SÉRIE NOIRE, has been made available online at INDEPENDENCIA:

-HERE, with English subtitles
-HERE, sans subtitles
It will only be available for viewing until July 29th. 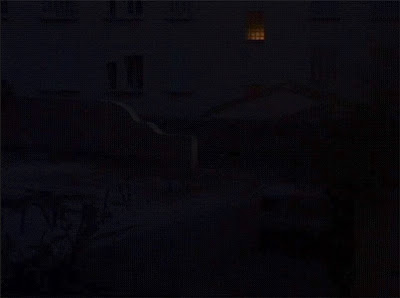 All of Rousseau's films and videos breathe quite grand fictions, or lessons, and have something of the serial in them. SÉRIE NOIRE, an allusive title, is also wonderfully concrete, as you'll see. It's a "message" movie, like LA VALLéE CLOSE and DE SON APPARTEMENT, in the sound sense, not the genre sense.

One is always astonished by the diversity of expression in Rousseau's films. What is it that will tip the scales toward comedy "or" tragedy, toward the solitary work of handicraft (a message from another always received alone) or a vast collaboration with the earth and public?

The detective takes it on a case-by-case basis. It's possible for the filmmaker and spectator to join hands, and lead one another.

"C’est l’affaire d’un quart de seconde," Rousseau says of a complete change that occurs in the movie, where music provides a strange opportunity to lift the camera into the weeds, over a vacant lot, changing the relationship between the shooter, the shot, and the spectator. An almost Mizoguchian seizure (the off sound of the claps and bangs of some kind of intimate task become the shot's score as much as its reality) and just as grand, risky, sensual, implicating, cohering, emotional...
* 1:05 PM No comments: