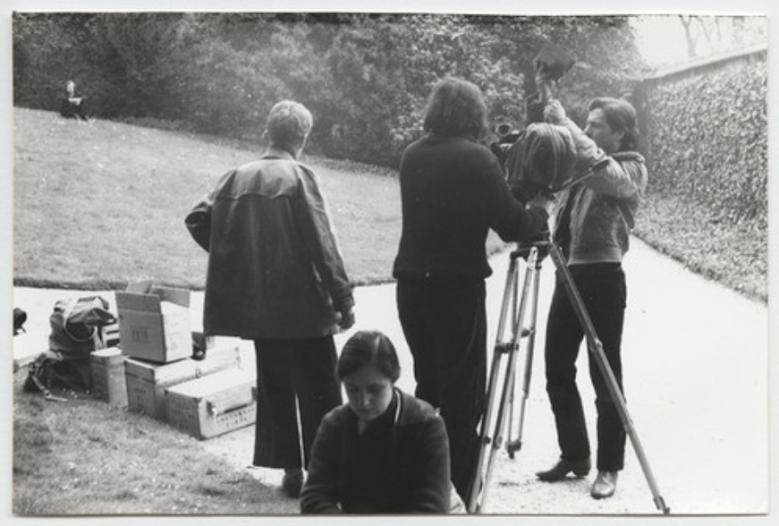 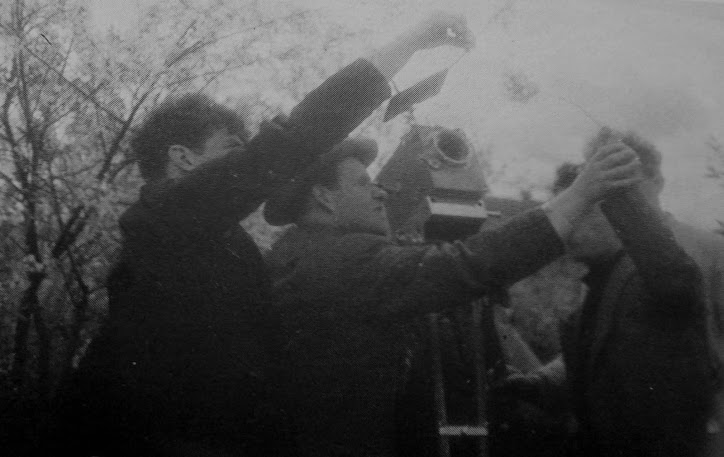 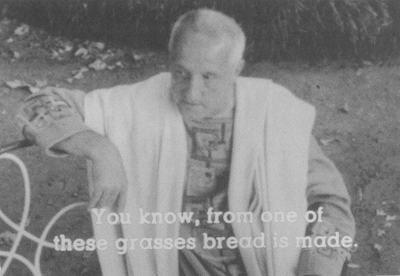 Wonderful, convivial facts: said by whom and why? So you film the banker. Or rather, a man (a friend) in the garb of a banker of Caesar's day. And not in Caesar's day, but the day you filmed. And on that day, the flowers on the property. And not a banker's words, but those found and constructed by Brecht (a friend), who studied the banker of yesterday and today, to be clear. And not words but speech, broken up in such a way as to hear anew. And the man speaking is slowly being burned by the sun—not spotlights—his lips cracking, his skin reddening. His voice, his rhythm, the way it carries, all subjected to the rivalry of the wind. And the flowers behind, on the property, mix with the anger of those who come to consciousness.
Property can dissolve by the work of this tiny crew. 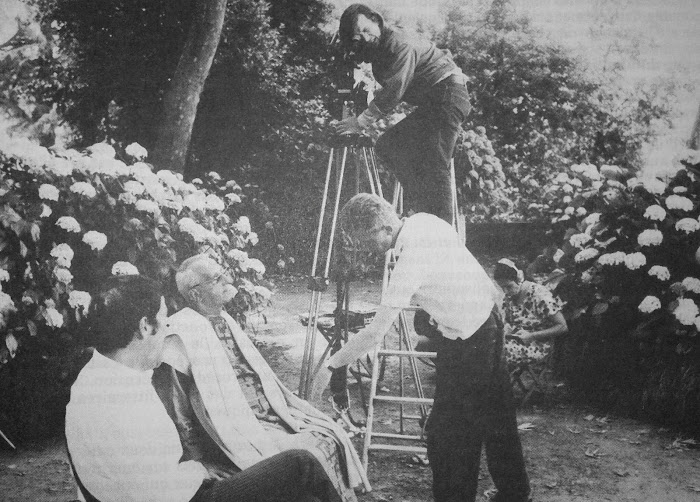 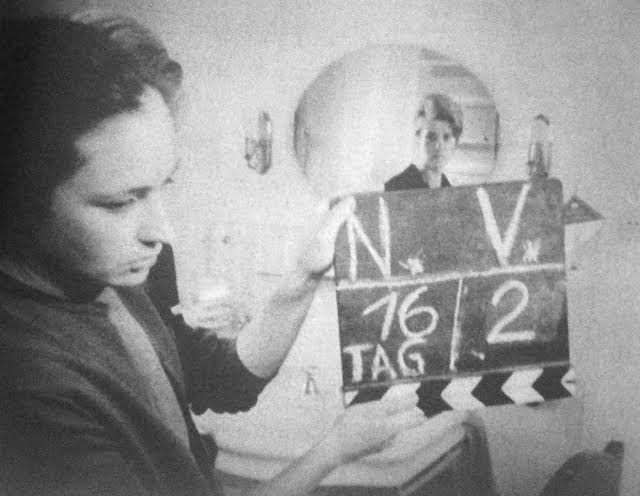 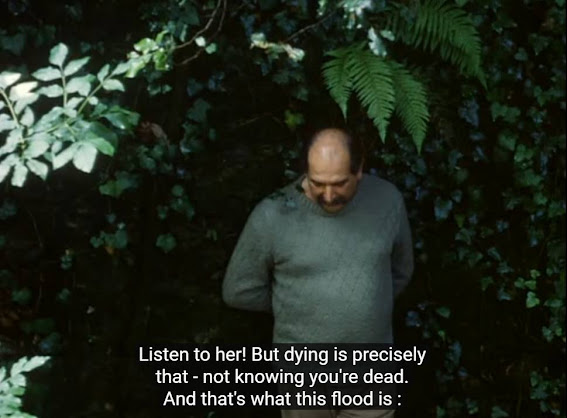 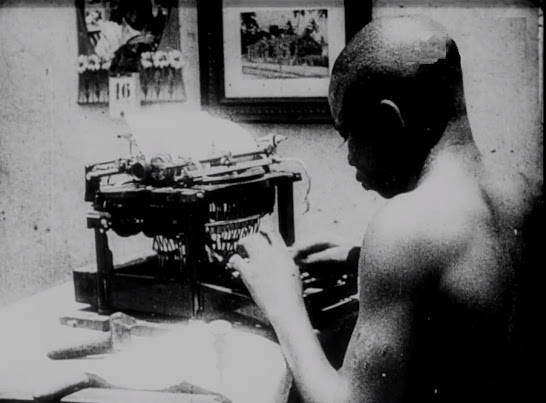 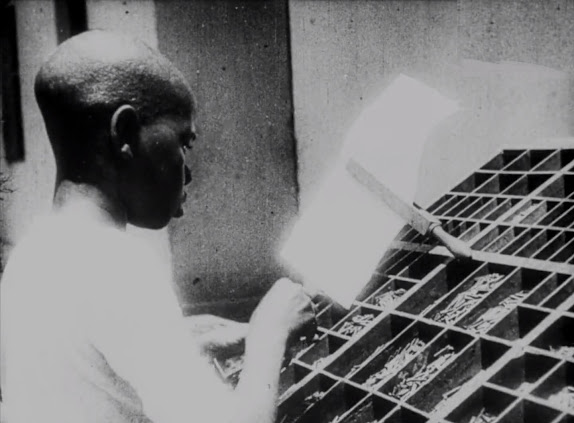 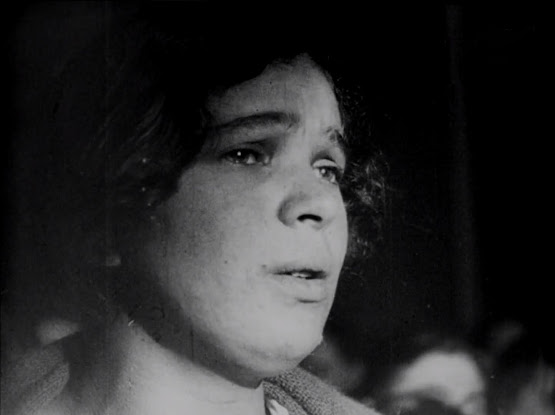