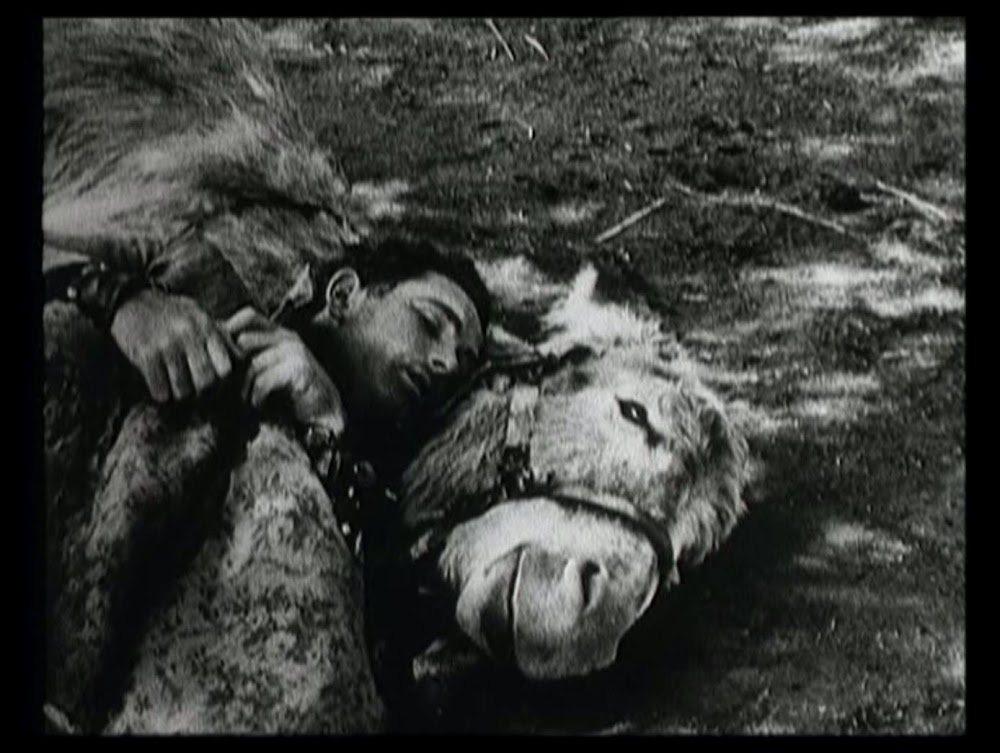 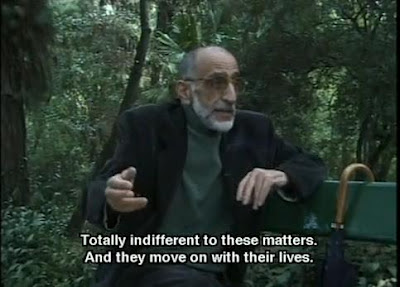 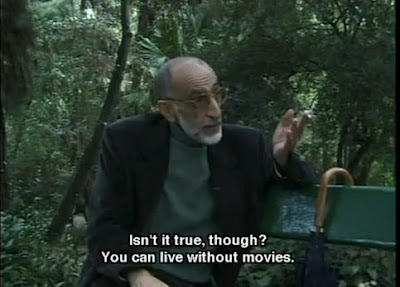 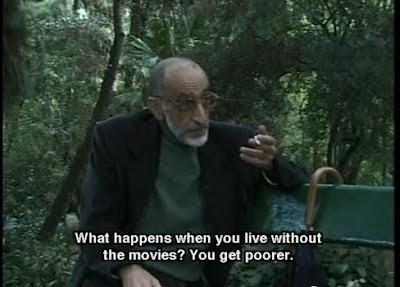 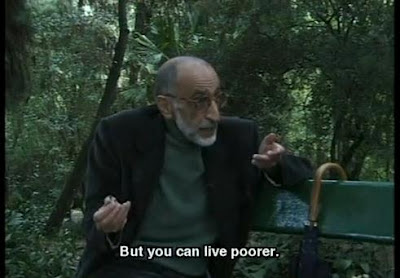 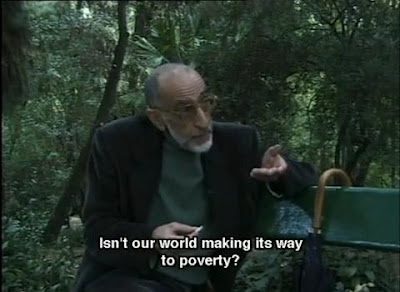 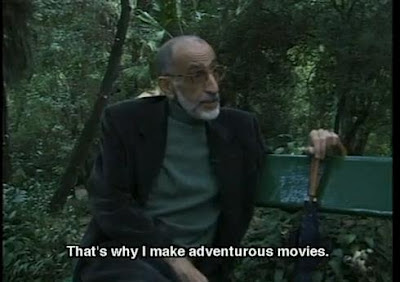 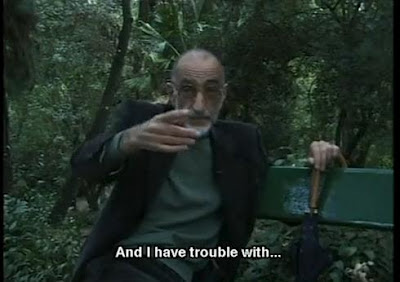 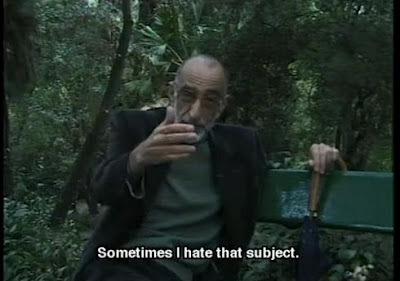 From the John Ford section of "The Old Dependables" by Colin Young, Film Quarterly, Fall 1959.

But the impression I formed of Ford's present (1959) position in the film business was quite different. Talking with (Billy) Wilder, one is always aware of the danger of his cutting the whole thing short because he might suspect that he was with one of those "dead donkey-lovers." Talking with Ford is much worse. He is suspicious of the conversation from the start, as if any talk about film-making, especially about his films, was superfluous. He pretends to be not even certain of the studio he is in, though conceivably by now they might have begun to look all alike. With a patch over one eye and the other eye concealed behind dark glasses, he was likely to want to talk about his socks more than about his work. ("Do you know that I saw a pair of these socks in a shop window in Gourock, and the man wasn't going to let me have any, because he exported them all to a store in Beverly Hills, till I told him I'd always been buying my goddamned socks in that store. So he did me a special favor.") He wears what is by now accepted as a uniform-relaxed, informal down to the boots, an attire which shows so much contempt for the organization that it would be thought of as forced in a younger man, without the cragginess and the usefully intermittent deafness to go with it.

It is hard, in any one conversation, to be sure that Ford has said what he means. I had just asked him how much control he had over his scripts when the following dialogue ensued with his secretary, Meta Sterne. She came in to-announce that "the girl" was here to see him.
-What girl?
-The girl you've cast for Lucy, I guess.
-For who?
-For Lucy.
-Who's Lucy?
-The girl in the picture. The girl who gets
raped ....
-Get's what?

The secretary waited. This was perhaps not a new routine, or a unique one.
-Well, tell her to wait, she's not going to get raped yet.
Then, turning to me, he added: " That answers your question, doesn't it? I'm really going to have to read that story."
But "that story," he had told me just a few moments earlier, was the best one which has come his way for many years. It is the one on which he is already engaged, with Willis Goldbeck as producer, Captain Buffalo (a title which will probably be changed), from a story by the Saturday Evening Post writer James Warner Bellah. Set in the 1880's, it is an account of a crack Negro cavalry unit and the court-martial for rape of one of its members. "We have shaped the story to be told through a series of retrospects, as cutouts from the court-martial. As we develop it, he really looks guilty as hell."
It is not so long since Emmett Till's abductors were cleared of a charge of murder in Mississippi, even though everyone "knew they had done it" (in fact they later told newspaper reporter William Bradford Huie that they had). The 1880's are considerably before 1955, and although the trial which forms the basis of Bellah's story is military rather than civil, Northerners and Southerners will no doubt draw their own conclusions. Thus it might be in something of this sense that Ford admitted that the story was a tricky one to be tackling today. But he emphasized its story qualities, and nothing else, and went out of his way to explain that he had not come across as good a story as this for many years. 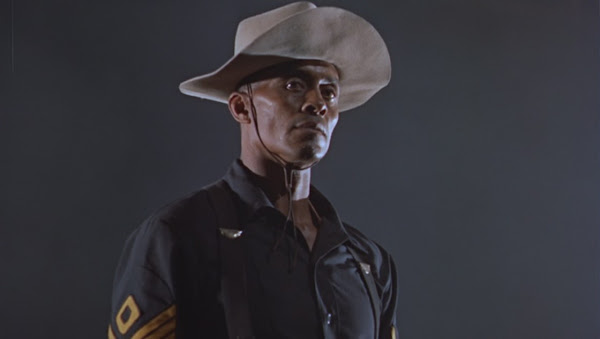 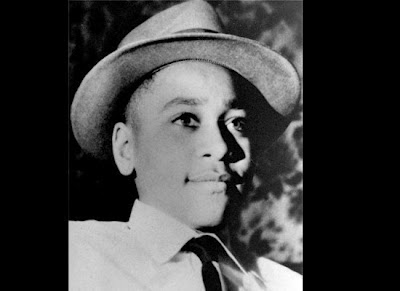 On the other hand, when asked specifically if he had been making the films he wanted to make he answered with an explosive "No! I don't want to make great sprawling pictures. I want to make films in a kitchen." Captain Buffalo does not seem to be quite that. And neither does the one with which he wishes to follow it-a production of The Judge and the Hangman, which he described as a character mystery set in the Bavarian Alps.

When pressed about the amount of control he had over script, shooting, or editing, Ford took one of two lines. The first was the simplest, and one that most people would willing, I think, to accept. I had asked him which of his postwar films he had some particular regard for. "It is hard to say. I wouldn't like to lay special claim to any of them. And it's not really a very fair question. I might just as well ask you which of your film reviews of the last five years you particularly liked, when what you really wanted to do was write the great Scottish novel. "But," he added, "I've made some pretty good films in my time- Stage Coach, Grapes of Wrath, The Informer." (The first and last were made in collaboration with screenwriter Dudley Nichols.)
The implication was, then, he had made some pretty good films in his time, so do not press him too hard about some of the more recent ones. "The old enthusiasm has gone, maybe. But don't quote that-oh, hell, you can quote it."
It is all right, I think, to quote it, because it is not entirely true, and because even if it were true, the fact that his current films remain popular would be a remarkable tribute to his skill as a film craftsman.
But at other times Ford gave something of the impression of having been taken by surprise by changes within the film industry. He talked of "having noticed" that over the last five or six years the committee system of supervision had been creeping in, and that although his contracts still gave him right of first cut, the small print told another story. "But now that I am on to them," he added, "I'll be on my guard. Now I've realized what is happening to me, so now is the time to do the films I want to do. At 64 I am too old for anything else."
This explanation is hard to accept, and perhaps he did not expect it to be taken seriously. It certainly does not fit with what we have known of him in the past, or with the stories that he likes to tell of himself, especially when they apply to producers; for example, one that he told me on this occasion: When he was doing a picture on the Fox lot, the associate producer questioned the way he was setting up a shot. Ford asked him how he would like to do it, and the man explained it to him. Ford very obligingly made the changes, shot the scene that way, and then asked if it was satisfactory. When he heard that it was, he took the film magazine off the camera, and handed it to the associate producer with the words, "Here's your scene. Now I will shoot it my way."
It is quite possible that the days for that sort of thing have passed. Ford still shoots very economically, giving his editor very little room for decision, or alternatives. Thus when he told me that perhaps he would shoot Captain Bufalo in such a way that it could be cut only one way, he was not really saying anything new, although he seemed once again to want to give that impression.
He seemed less optimistic about the ultimate benevolence of producers than Billy Wilder, but said that in fact all that happened to Horse Soldiers after he left it was that some of the humor was cut. All the other changes had been made earlier, including the all-important one of lowering the age of the Southern lady, who is taken along as hostage, from 60 down to something much more romantic. The love story was completely manufactured. The studio publicity sheet, as is often the case, tells the whole story. "In order that The Horse Soldiers would prove great entertainment and not just a history lesson filmed in color and wide screen, screen writers John Lee Mahin and Martin Rackin, also the producers, used much of the background of the book (by Harold Sinclair) for research material, but only five pages of the novel as the jumpingoff place for the screen story." And of course they jumped far and true.
Nevertheless there are scenes in the film, principally of large groups of men on the move, which have enough of Ford's original zest to suggest that he is not entirely right to think of himself as a past enthusiast. When he had finished with me, rather than vice versa (the half cigar he had cut off for me anyway was almost gone), he said with some apology in his voice, "Now we'll have to see about raping that girl." The girl in question came wafting in, fresh and eager. I seemed to have seen her in several of Ford's pictures, but since she was a newcomer, I must have been mistaken. If it had not been for something else Ford had let slip during our conversation, I might have questioned him further about the raping in Captain Buffalo. I had asked him what he thought of the present market for films. "Hollywood today," he said, "is a market for sex and horror. I don't want any part of that." 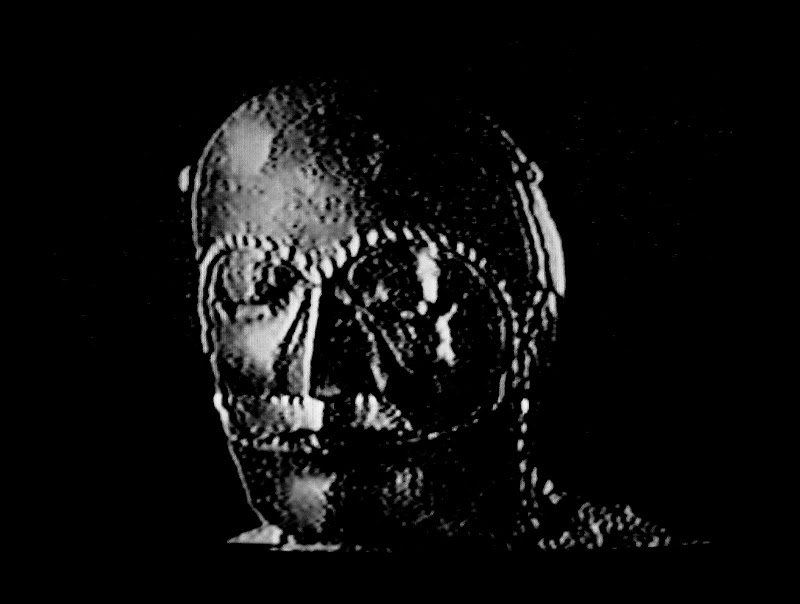 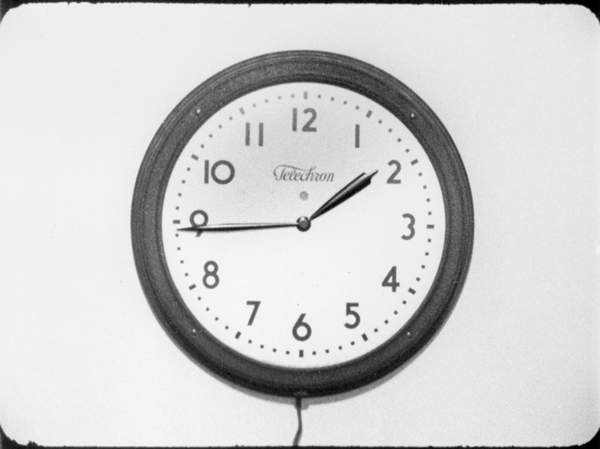 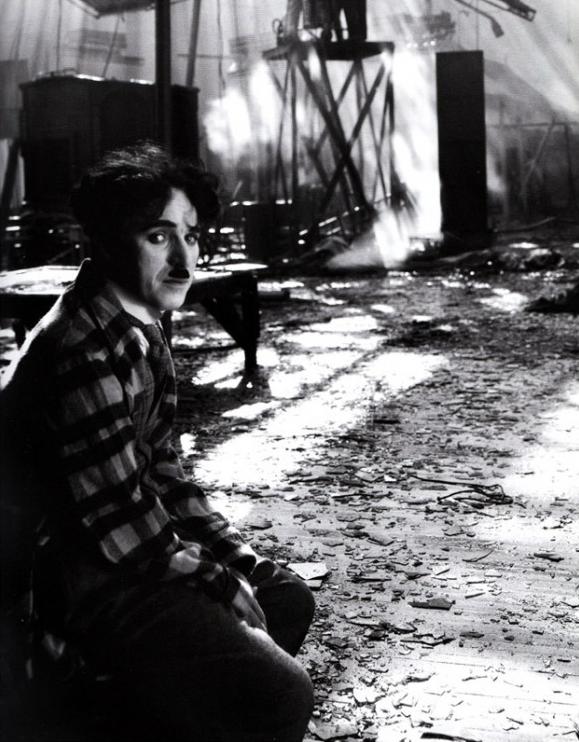 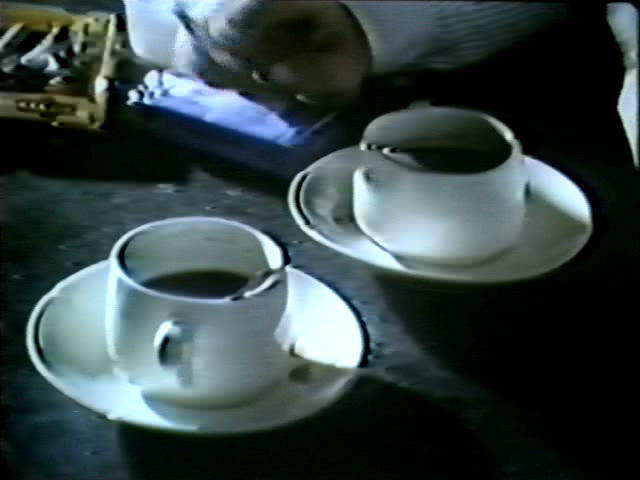 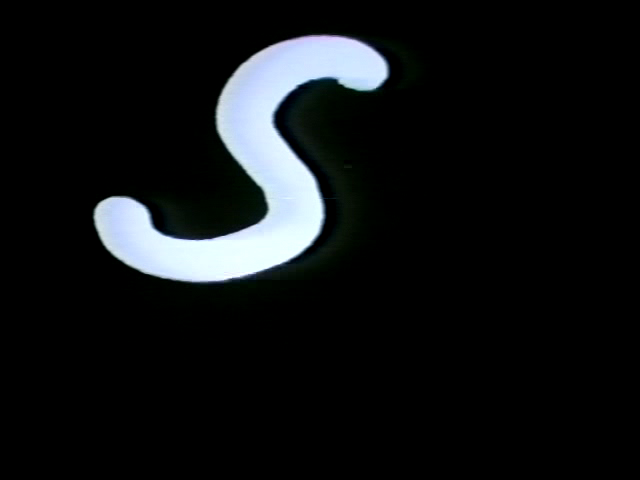 (...) FR3, with the INA as an intermediary, asked us if we could make a 1-hour film in two months. There was a contract to make them one hour per year. I told them no, two months for an hour is not enough time, because an hour is enormous and I need time to do it. I don't want eight weeks; I want a year to do an hour, at a minimum. For shooting. But when we learned that they had six hours, we said to them: maybe six hours, we could do that for you in three months. Because at that point you conceive it completely differently. To have the time to talk for six hours to your girlfriend, for example, is huge. Because if you have to say everything in an hour it may not be enough. You panic completely, you don't see why someone would say... -- but suddenly, with six hours, you say to yourself: 'Well, at least I can do a frank and honest conversation', at least I can do what is never done on television, which is not to cut, even a ten-minute section, after four seconds.

- Godard, "Fourth Voyage, Part Two: Masculin Féminin: 15 faits précis" from Introduction to a True History of Cinema and Television. Translated by Timothy Barnard. Caboose Books, Sept 2012. A happy occasion: this "Voyage" is available in full here, along with further information on the forthcoming release of the book in English.
* 4:21 PM No comments: