...to Straub in 6 Bagatelas (and elsewhere), when he cites Buñuel on those filmmakers who give the illusion that we live in the "BEST OF ALL POSSIBLE WORLDS":

Chapter:
THE SITUATION OF THE SERIOUS FILMMAKER:
THE FILMMAKER & THE AUDIENCE: Replies to a Questionnaire

1. What specific difficulties have you experienced which have been caused by interpretations of the "audience" by producers, distributors, censors, etc.? (E.g., Flaherty's re Elephant Boy; Vigo's re L'Atalante and Zéro; Eisenstein's re Ivan; Rossellini's re The Miracle.)

2. What do you consider one of the most encouraging developments in film in recent years?

3. What do you consider one of the most discouraging developments?

4. What film or films would you make if you were free from the non-artistic limitations of sponsorship, censorship, etc.?

1. Except during my first three films, all made before 1932, and produced with absolute independence -- Un Chien Andalou, L'Age d'Or -- I have always felt the pressure 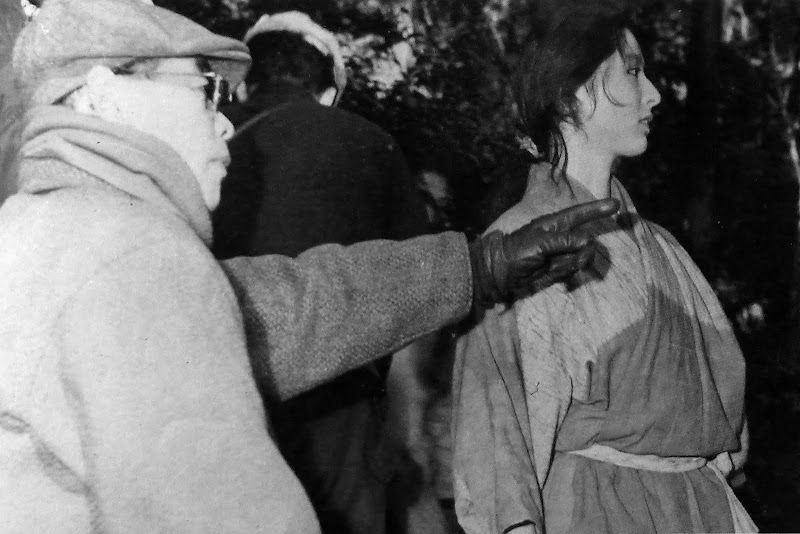 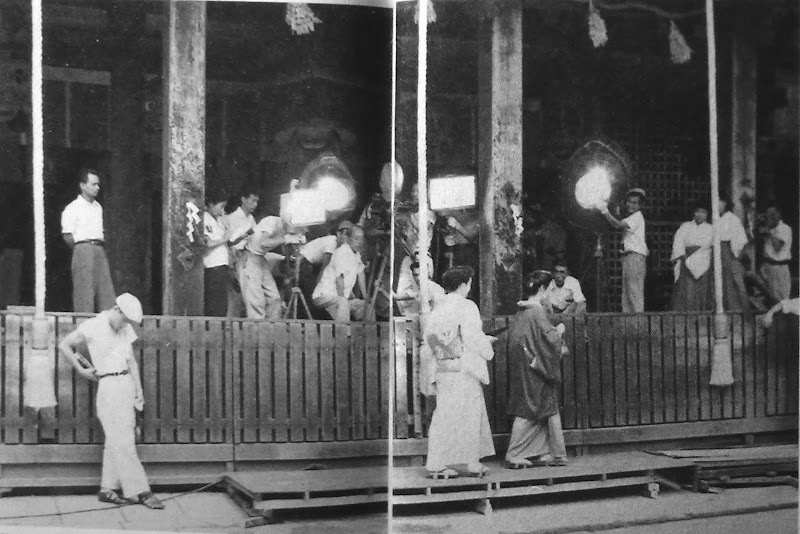 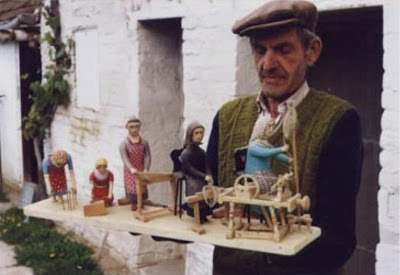 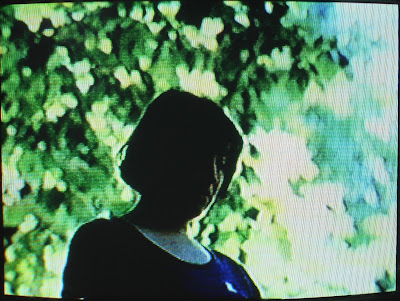 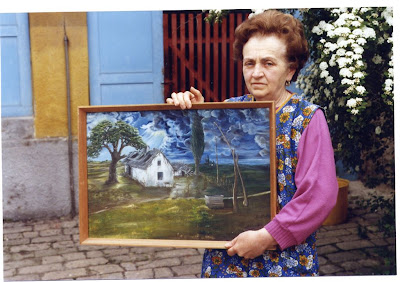 (THE RETURN OF THE PRODIGAL SON - HUMILIATION, Straub and Huillet, 2003)

IL RITORNO DEL FIGLIO PRODIGO – UMILIATI is a continuation of OPERAI, CONTADINI (WORKERS, PEASANTS), the film narrating winter in green summer images. Similar to the relation of SCHWARZE SüNDE (BLACK SIN) to the preceding film TOD DES EMPEDOKLES (THE DEATH OF EMPEDOCLES), an even deeper and darker awareness arises – "from resignation to extreme affirmation" (Jacques Rancière).

The title and content of Peter Nestler's ZEIT (1992) attain a new meaning after VERTEIDIGUNG DER ZEIT (2007) dealing with the work of befriended colleagues. ZEIT consists of "seven Hungarian painters and sculptors presenting their work. They have worked hard all their lives as farmers, in the factory or as textile workers. It picks up on themes of their youth, themes that are very important to them." What UMILIATI and ZEIT also have in common is the preciseness and circuitousness with which they depict the post-socialist (sic) present.

After the "fin" at the end of QUEI LORO INCONTRI (the last five dialogs of Pavese's book Dialogues with Leuco), Jean-Marie Straub shot two new films, each after one of the dialogues: Two men remember a woman – LE GENOU D'ARTEMIDE (2008), two women a man (Odysseus) – LE STREGHE (2007–09). In ITINÉRAIRE DE JEAN BRICARD (2008), the Loire, black-and-white, in winter.

Nestler's TOD UND TEUFEL (2009) again visualizes the abyss one faces when confused emancipation that has become stuck (also when creating images) turns into fascism. The screening of DÜRFEN SIE WIEDERKOMMEN? ÜBER NEOFASCHISTISCHE TENDENZEN IN WESTDEUTSCHLAND (1971) on the photographer and Africa explorer Graf Eric von Rosen will be attended by the socialist political scientist Wolfgang Abendroth, among others. Guests: Peter and Zsóka Nestler. (Stefan Hayn)

As part of the FILMVERMITTELNDE FILM Project Tag Gallagher has been interviewed about his video criticism, the why and the how of it.

"And the clearer my own ideas are, the fewer words I need. On paper, three paragraphs might make a point. On video, three words are better." 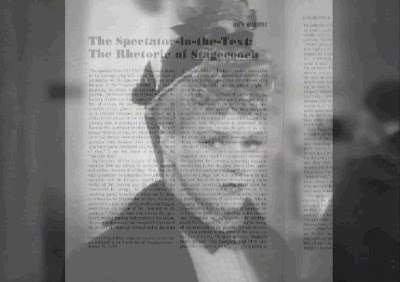 In addition to insights into his current video practice and the atmosphere in which it's done , Tag, who has always worked with the image, gives a wonderful little history of the use of frame-enlargements in printed articles.

At the end of the interview an invaluable filmography of Tag's is included. One wishes that dvd source information were also included, i.e. which commercial dvds include Tag's videos as "extras"; nevertheless, with the proper titles and dates one can usually locate them by searching online. And failing that, Tag is imminently approachable, via his website.

What is the translation of Filmvermittelnde film? Film mediating films? For now, it's clear that this is an extremely well mounted project by Volker Pantenburg, Stefan Pethke, and Michael Baute ( et al.) through the Vienna Filmmuseum (et al.) that thoroughly documents and explores film films, movies about movies. There are dossiers in German on Harun Farocki, Gustav Deutsch, Jean Douchet, Alain Bergala, pedagogical series, movies about movies on DVD (e.g. Janet Bergstrom on Murnau's 4 DEVILS, Jean-Pierre Gorin on PIERROT LE FOU, Bernard Eisenschitz on THEY LIVE BY NIGHT, etc) -- among others. 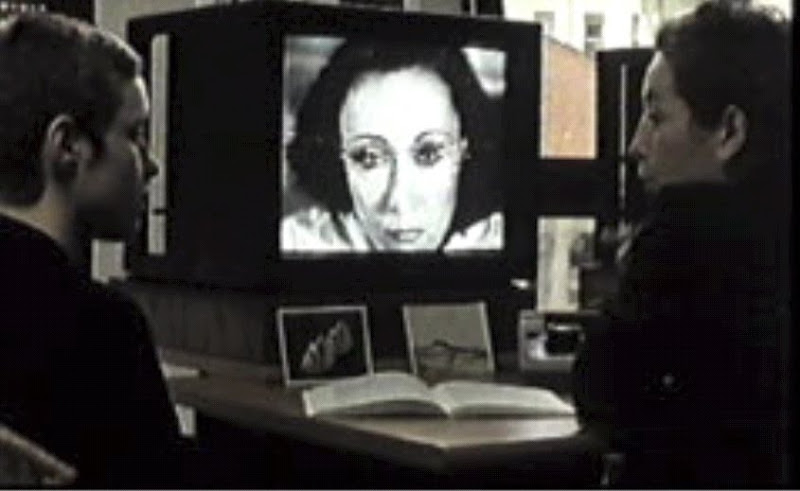 1 from Tag's DREAMING OF JEANNIE (2003, on Ford's STAGECOACH), -- just as he begins a complex polemical aside (his videos are capable of that in addition to "three words are better") against Nick Browne's dead letter theories about Ford's camera and the spectator. Tag deploys superimpositions, mobile repetitions, inventories of society in Ford, and camera position/axis graphs in his case against Browne's "Spectator-In-The-Text" (1975), showing that Ford gives us, like a gift, empathetic distance with the characters rather than (what Browne's text, through a questionable version of "suture" theory, assumes is) a submitting of the viewer to passive identification via a manipulative camera . This is part of a long standing debate about how the way-station scene in STAGECOACH works; Gilberto Perez also threw in his bit in a page-long footnote in The Material Ghost.

1 from Alain Bergala's movie about movies and Marseilles D’ANGELE A TONI (1998, FROM ANGELE TO TONI). "In 1934, two films, important in cinema history, were shot almost simultaneously around Marseilles : Angèle, the first feature film of the renowned young French author Marcel Pagnol; Toni, shot by Jean Renoir in Martigues at Pagnol’s invitation. Toni, which can be considered as the forerunner of the neo-realism movement. Both films were closed: based on the art of dialogue, love for direct sound, small-scale cinema with a taste for liberty during the shooting, and a familiy-like crew...Yet, they drew two diverging lines in the history of cinema: from Angèle to Toni, you step from Pagnol to Renoir, from a traditional vision of the Provence to a more contemporary vision of an area changed by industry, from Pagnol’s dramatic narration to Renoir’s documentary realism." 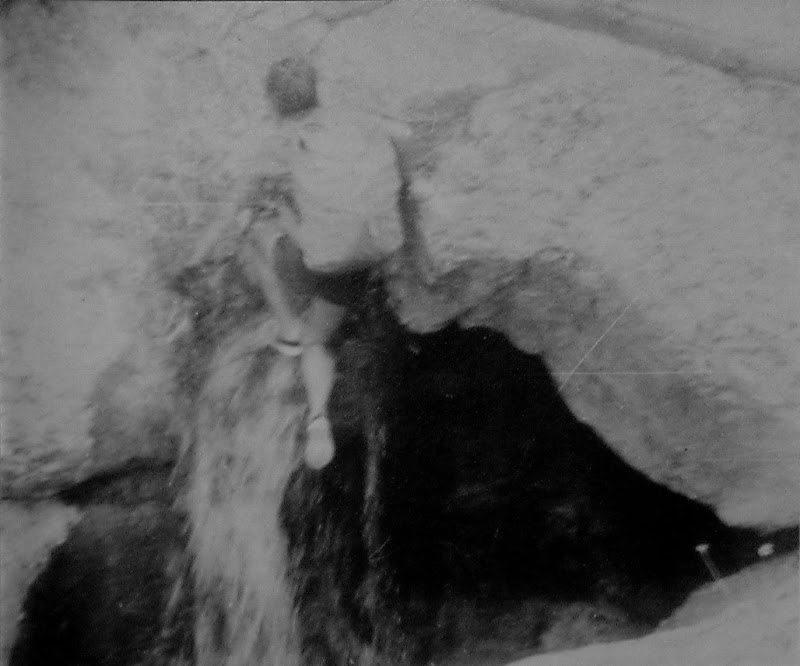 "3. In the packet of press materials that LM sent me last May is one still of Les contrebandières showing Brigitte (Françoise Vatel) scaling a bolder over a waterfall that is possibly the grubbiest I’ve ever seen — even grubbier than what the film looks like. Most people would call it “Substandard,” and they’d be right. This is the unfettered register that LM’s films occupy, breathe, and thrive in, a happy legion of the damned. Not even the $22 million spent on making Friedkin’s Sorceror look as impoverished and boring and artfully godforsaken and xenophobically unpleasant as possible could buy that sort of freedom and enlightenment." 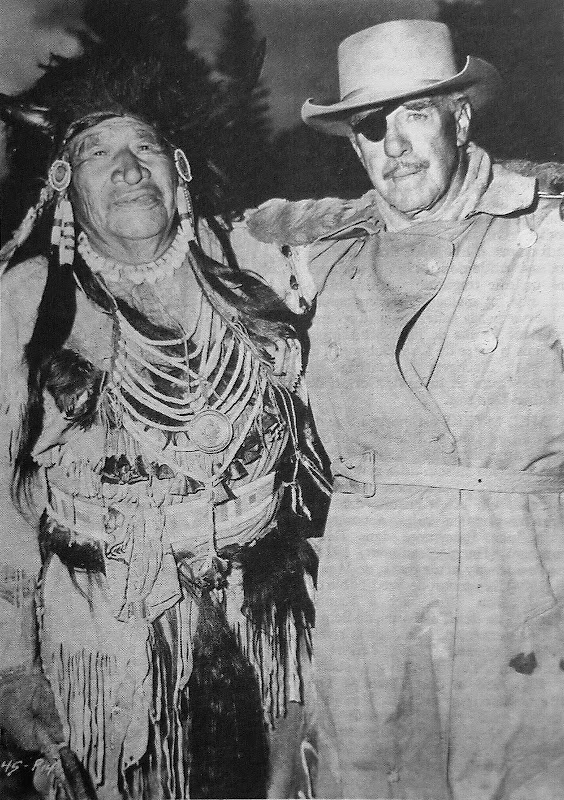 "MY CASE*: Straub complains. This time he complains that Heiner Müller who, upon meeting (the Straubs) in Berlin, lets fly something like 'it's good that people like you continue to exist!' A sentence where I, too, have heard the candid desire of death underlying it and to which one should be able to reply: 'Yes, I know I absolutely cannot count on you." 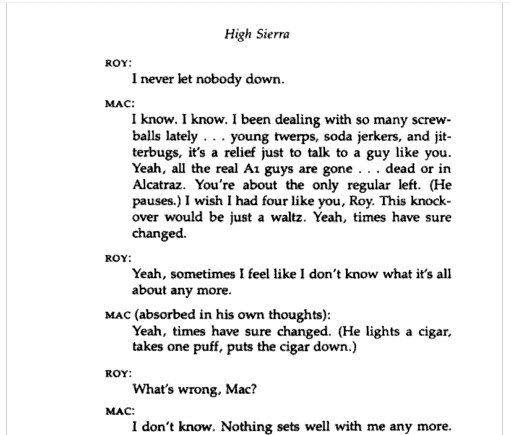 Interviewer: They say you are a marginal filmmaker?

Straub: Those are the ones who have an interest in supressing us, namely the industry pimps and, I was going to say, the whores who work for them, but that would be unfair to the whores. There's no reason to put a yellow star on certain filmmakers. Okay, so we have a yellow star. It's more interesting to check why. That means all journalists are whores and all producers are pimps. Well, almost everyone! (…) What does it take for a film to be marginal? The fact that it is left on the sidelines! From the moment a film enters the circuit, it stops being marginal. If it has the least sucess, you stop talking about marginalization! You then have the family blessing! Some racists labels are much more polished. 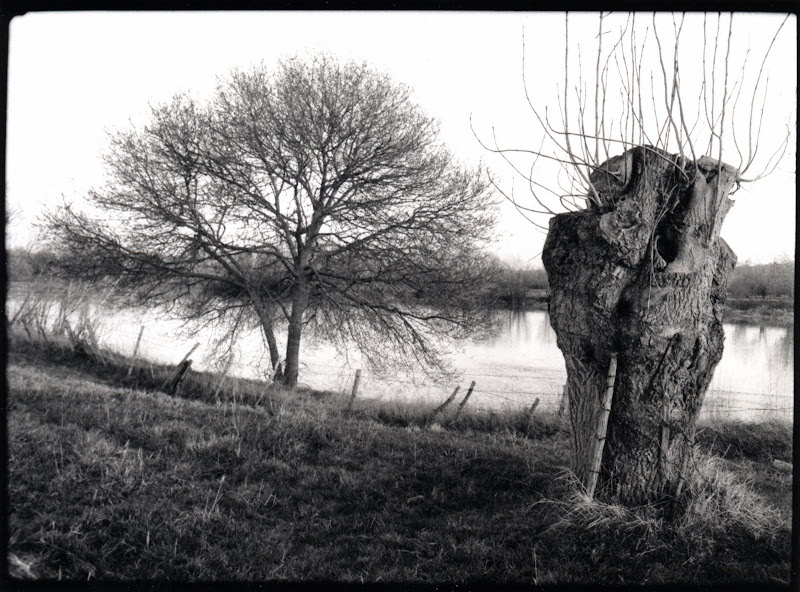