A film made by invite only. There was a 5th director, there is a 5th element in this project: Jean-Luc Godard. But he decided to shoot on 3D. So, for technical reasons it was difficult to put him in this film because you still cannot show films in 2D and in 3D in the same DCP. So he's separated, he's apart, like always. He wants to be alone.

The invitation was to do a film in this old city (Guimarães), the first city of Portugal. I accepted because I needed the money, I got to work, and I liked the people who were involved, the filmmakers involved, but I said I would not shoot in that city because it's not.... I work somewhere else — some of you know what I do — I work in a very different situation. I asked them if I could continue my work where I am with the people I normally work (with) and they said 'OK', and I made the film. Actually all of us, I think —  even Manoel de Oliveira who shot his film in Guimarães, Kaurismaki too, but Manoel shows the city a little bit more — I think all of us avoided some kind of danger that could be in this project. I perhaps went a bit too radical in this elevator (a great deal of Costa's contribution to Historic Centre, "Sweet Exorcist", takes place in an elevator - Ed.). There's no possibility of tourism in an elevator — that's what I thought. As for the history: this is a story, a work, that I've been doing for a long time with these people and with this friend Ventura. Ongoing work about — it's a bit too pretentious to talk about history — his memories of living in Portugal and about my memories, and to meet somewhere. Somewhere in the middle.

One...We have this battle, this confrontation between two characters, let's say. I just don't know if Ventura is that static, but......Well, I'll concede that he is... Manoel de Oliveira just reminded me the other day — when he saw this film — about his statue in the film, the statue of our first king, and he said "it's good to have statues in my film and your film because it's the only way to talk properly in film about the human condition." Very enigmatic, but....I'm just saying what he told me.


[Excised question, presumably to do with music and Costa's Sweet Exorcist]

That's a very difficult question. Yes I always say there should be music. Every film is like a piece of music, when it's good. In this case, it's a very simple analogy, but it's because of the voices; it would be some sort of polyphonic, polyphonia... the polyphonic chants of the Middle Ages or the Baroque age, European...It would be a bit like that because I have a lot of voices in the film and those are supposed to be the voices inside Ventura's head — for me, for him. Then there's the title: the title I stole; the title is Curtis Mayfield, great American poet and musician. And there's a piece of organ music by Messiaen which is very very very far out, very space......If there's music here I would like it to be in the voices; I'm especially pleased with the way that these friends, these men — they have jobs in life, they work for a living and then they come do this work with me and they are already tired — they do this magnificent job, reciting....and almost singing these words. It's an attempt; I'm trying, but (inaudible)...

I think Víctor's film is the most sentimental. And the accordion is a very sentimental instrument; it's a very popular instrument, it's a people's instrument... so it's nice! The music in Aki's film: popular music. I'm not sure, I don't want to talk a lot about those elements in a sense because I really don't know what he tried to do. Victor is a little bit different from me. I think he tried to remember with music, and I try to forget. (Inaudible). 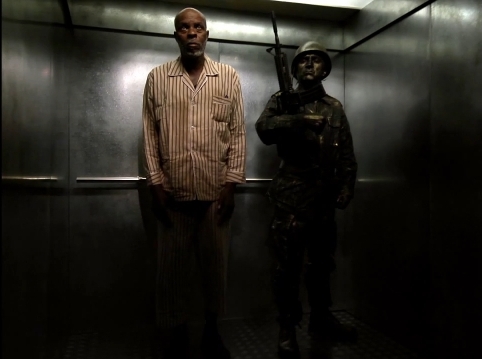 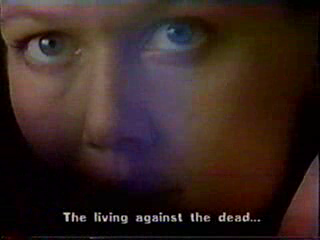 A friend sends me the following, under the heading "VERTIGO news" —

Bishop Richard Garcia of Monterey will travel to the historic Old Mission San Juan Bautista on December 22 to offer a Mass of reconciliation and apologize to members of the Amah Mutsun Tribal Band of the Ohlone people.

According to the tribal band’s web site, Spanish colonists enslaved members of the tribe at the mission between 1797 and 1834. 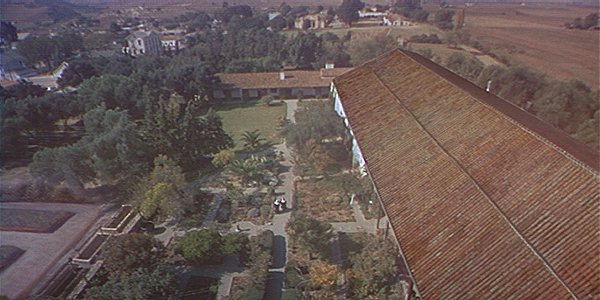 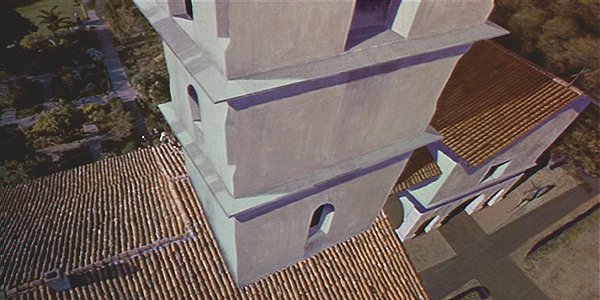 “The Tribe wishes to express our thanks to Bishop Garcia for offering apologies from the Church and for this Mass of Reconciliation. Events for the day include:

11:30 am, Traditional Dance of the Mutsun Tribe;


A meal of acorn, deer & elk will be shared at 2:30 pm with Bishop Garcia, priests from the Monterey Diocese, Tribal citizens, invited Elders from other tribes, friends & partners.” 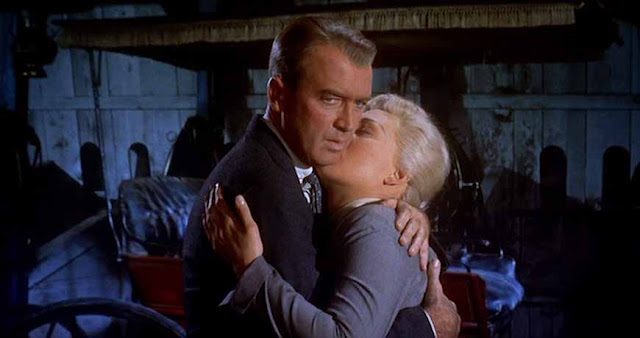