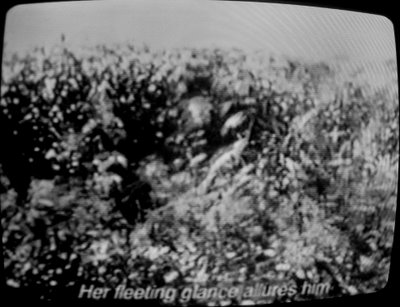 Brecht, looking cunning and shifty, steps in front of the armchair I'm sitting in and, pretending to be "the state," says, with a sideways leer at an imaginary client: "I know -- I'm supposed to vanish."

Huillet, where are you?

Klaus Volkmer and his collegues at NEW FILMKRITIK have compiled an astonishing tribute to Danièle Huillet online.

It includes (in German) :

-an excerpt of an interview with Straub/Huillet about their personal/historical/cinematic history, from Les Inrockuptibles, 1997.

-an achingly heartfelt appreciation of their work and presence at the Berlin Film Festival 1987 and of their editing of OPERAI, CONTADINI -- by Vincent Dieutre of Libération.

-a facsimile of Pedro Costa's letter to Danièle and Jean-Marie around the time of the release of OU GIT VOTRE SOURIRE ENFOUI?

-a rememberance and an account of Danièle's funeral by Jean-Pierre Gorin (in English).


It also contains the Viennale poster in dedication to Huillet, in the original German language (translated further below) and an english translation of Ventura's recited love letter in COLOSSAL YOUTH, passed on to Lento, a most precious thing to all who've seen the film:

being together again will make our lives beautiful

for another thirty years.

As for me, I will come back full of love and strength.

I wish I could give you a hundred thousand cigarettes,

a dozen of those fancy dresses, a car,

a three-penny bouquet. But above all else,

drink a good bottle of wine, and think of me.

Here it's all work. We're over a hundred now.

Did my letter arrive safely?

I still don't have anything from your hand.

Every day, every minute,

I learn beautiful new words for you and me alone,

made to fit us both, like fine silk pajamas.

I can only send you one letter a month.

Still nothing from you.

Maybe some other time

Me, with a pick and cement, and you, with your silence

It hurts to see these horrors that I don’t want to see.

Your lovely hair skips through my fingers like dry grass.


(Klaus tells me this is the 5th and one-half repetition, thus version, of the letter as it is recited in COLOSSAL YOUTH.)


Also, UNDERCURRENT has published a series of beautiful texts in memoriam Huillet.

Here is a conceptual revue :

(...) letting the living live, letting what once lived, speak.

(...) Letting what once lived, speak and appear, somewhere. People and things may not be in their place, but they are in a place.

(...) people and reality do not give up to the camera. The people are always looking out of the frame, they are always escaping, out of allegiance to this system that Straub-Huillet's Brechtian cinema constructs and displays, whereby the actor remains in his/her own skin even while adopting the garb of another: without claiming, falsely, to be at home in this garb.

(...) Films that enact a displacement that seems timeless: I know the word rings false in the context of a discussion of this famously "materialist" cinema, but if I'm driven to use it, it's not out of a desire to associate Straub-Huillet with any facile postmodernist practice or to enshrine their works within a bourgeois pantheon of a-historical masterpieces. What I wish to do is to point out that their films provide a space apart, a space free from all the shit in the world and in the movie theaters; and that one of the qualities of this space is a certain permanence.

A timeless displacement, in that so many of the usual marks of the contemporary are absent in these films, and when the contemporary appears, the Western, late-capitalist contemporary (as in the shots of city streets in The Bridegroom, the Actress, and the Pimp [1968] and Too Early, Too Late), it shows a side that is turned away from a proprietary or preprogrammed gaze: it becomes a field of signs that are so firm and solid they are no longer signs of anything; they no longer mean what their owners meant them to say. Perhaps all cinema is like this, I was about to write; but of course I was dreaming. All cinema should be like this: that is more like it. The crystallization of the sign, of the present, as in Chaplin and Lang.

(...) not necessarily known is the politics of each gesture, the sharp, visceral sensation, as much as the ripened reflection, of that which in each instant brings oppression, or refusal of oppression. With Danièle Huillet, this knowledge and this instinct belonged to the order of the evident. And provided much of the light that radiated from her face.

(...) the division of labor also is theirs, and in the service of no one, it's not economic or even intellectual; it's a matter of sensibility.

(...) Whether they went through an actual wedding ceremony or wound up living together; whether they considered having children; whether it was inaccurate or precise, impolite or perfectly okay to refer to them as "the Straubs": these are all basically questions about how they defined themselves in relation to society. And the fact that most of us don't know the answers points towards a larger uncertainty about whether they were true bohemians or eccentric traditionalists (not necessarily the same thing), or some combination of the two.

(...) part of the strength and value of their work has always been tied to the way it goads us into asking such impertinent, materialist questions, regardless of whether or not we accept the challenge of answering.
JMS: Besides, it's an elementary device when you have one who is not an actor to have something with distracts him. Renoir does it better than anyone, and Brecht too for that matter...

(...) it's worth recalling that the first Straub-Huillet film that the New York Film Festival failed to show, their sixth, was Fortini/Cani (1976), another color landscape film - apparently rejected because the festival organizers feared demonstrations from the Jewish Defense League due to its pro-Palestinian text.

(...) I'm still tantalized by Pedro Costa having told me in Buenos Aires in 2004 that they were spending much of their free time translating plays by Shakespeare into Italian - simply for the sake of doing so, because they were so unhappy with the existing translations.

(...) but what remains quite vivid in memory is the attention Straub and Huillet directed toward every inquiry.

(...) The nature of each question was itself questioned, its subtext probed, each question seemingly taking twenty minutes or more to answer as it was put beneath the strong spotlight of their analysis. The rigor and intellectual tension of the work we had just seen was as wonderfully manifest in its makers. Here was evidence of an absolute incarnate stance of commitment from which I, like so many others, have drawn invaluable sustenance across many years.
JM quoting BB: "What will remain of our towns - the wind."

(...) the flooding sense of bereavement has pervaded all activity and clearly is being felt by many friends and many strangers alike.
JM: "To what good?! (I film)"

(...) That's the Godardian part of Huillet and Straub's achievement, long before Godard himself got there: bringing together, in the montage of the concept and the rhythm as much as of the shots or the image-sound juxtaposition or the levels of a frame-composition, two things that are indeed very far away from each other: a chirping bird, say, and the Brechtian run-down on the superstructure of the Roman State.

I find that I can remember every single screening, exactly and vividly, like a sensation upon the skin, of the Huillet-Straub films that I have seen across twenty-five years: I recall where I was, what time of day it was, who I was with, in a way that I cannot for any other filmmaker.

(...) what works a strange magic is the calmness of the positioning, the recitation, the gesturing of the "non-professional" (strange term in this context!) actors in these fields, on these roads: a labor but also a joy, in a sublime, perfect world that is everywhere strangled and murdered but still ever-present and possible ...

Ripe are, dipped in fire, cooked
The fruits and tried on the earth, and it is law,
Prophetic, that all must enter in
Like serpents, dreaming on
The mounds of heaven. And much
As on the shoulders a
Load of logs must be
Retained. But evil are
The paths, for crookedly
Like horses go the imprisoned
Elements and ancient laws
Of the earth. And always
There is a yearning that seeks the unbound. But much
Must be retained. And loyalty is needed.
Forward, however, and back we will
Not look. Be lulled and rocked as
On a swaying skiff of the sea


Let us suppose that we had carried out production as human beings. Each of us would have in two ways affirmed himself and the other person. 1) In my production I would have objectified my individuality, its specific character, and therefore enjoyed not only an individual manifestation of my life during the activity, but also when looking at the object I would have the individual pleasure of knowing my personality to be objective, visible to the senses and hence a power beyond all doubt. 2) In your enjoyment or use of my product I would have the direct enjoyment both of being conscious of having satisfied a human need by my work, that is, of having objectified man's essential nature, and of having thus created an object corresponding to the need of another man's essential nature. 3) I would have been for you the mediator between you and the species, and therefore would become recognised and felt by you yourself as a completion of your own essential nature and as a necessary part of yourself, and consequently would know myself to be confirmed both in your thought and your love. 4) In the individual expression of my life I would have directly created your expression of your life, and therefore in my individual activity I would have directly confirmed and realised my true nature, my human nature, my communal nature.

Our products would be so many mirrors in which we saw reflected our essential nature. 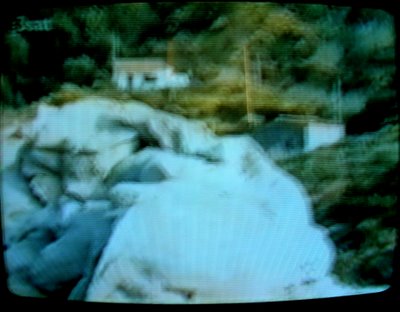 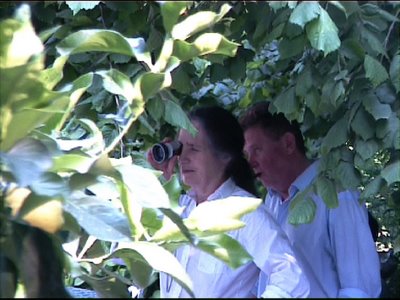