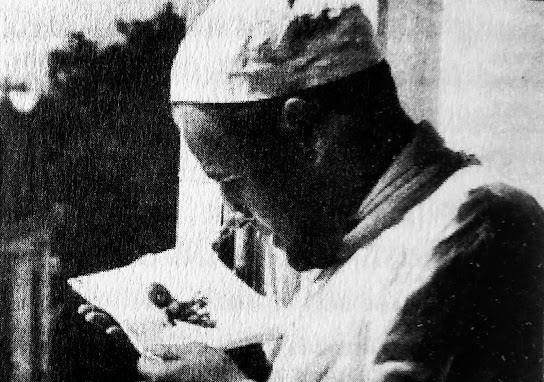 There came a day when I both rose to the highest limits to which a person can hope to rise and descended to the lowest depths out of which a person emerges.

On one and the same sunny day in Zurich.

In the morning I flew with the now deceased Mittelholzer over the snowy whiteness of the Alps.

In the afternoon we piled into the no less crystalline whiteness of one of the best women's clinics in Switzerland.

In the morning, we had been amusing ourselves.

In the afternoon, we 'earned back' that opportunity we had taken to amuse ourselves.

In the Zurich clinic, we filmed a kaiserschnitt, a caesarean section, for a semi-scientific picture, which was our source of sustenance during the first third of our international journey.

Here, for the first time, on a napkin, I observed as a little living being died in my hands over the course of ten or so minutes after its premature appearance in the world.

I was very much interested by this opportunity to discern the degree of complexity with which such a small being moves at this phase of development, a being who had not yet come to know the differentiation of movements.

I needed to see this, in order to clarify the fundamental constant of expressive movement.