Laughter is the most difficult of the screen arts . . . and the most varied; there are no two comedians alike. Among the world's few great comedians is the Frenchman, JACQUES TATI, who, in this short interview, tells the basic difference in technique as reflected by CHARLIE CHAPLIN's 'Tramp' and Tati's 'M. Hulot'.


THIS is a very delicate comparison. First, because Chaplin has made (and made well) over fifty films while I made (and failed) with two short films, and almost succeeded with two long films. So you see, it is difficult for me to speak of Chaplin; and moreover I believe it is too easy to mention Chaplin as soon as comic films are mentioned. Before Chaplin there was Max Linder, and before him Little Tich. I believe everyone has the right to make a funny film. I am sure that tomorrow a young man with other conceptions than mine will undertake to present the visual effects of the gag.

What I wanted to present with the character of Hulot was a man you can meet in the street, not a music-hall character—and I know what a music-hall character is, since I have been in the music-hall. For instance, if you invite Chaplin to a dinner you would be certain to have a genial clown who would turn to his wonderful tricks—after eating. With Hulot it is dif-ferent. You may or may not wish to invite him for dinner, because he is a person. He does not wear a label saying: "I am a funny man." He is at the same level as the other people in Les Vacances de Monsieur Hulot: and besides, he does not know he is being funny.


Some Do Not Laugh

Hulot is not necessarily funny to every-body. Some spectators do not laugh at him. Chaplin, from the start, presents himself as a funny character. He finds his gags directly. Suppose Chaplin wants to fight a man much stronger than himself, If this man is unloading a very full lorry, Chaplin will wait until everything is unloaded, when the man is very tired; then he will start to fight him. In Hulot's case, he will never wait until the man has unloaded his lorry, he will not think of waiting until the other man is tired before he starts fighting. That is why I do not think there can be a comparison. 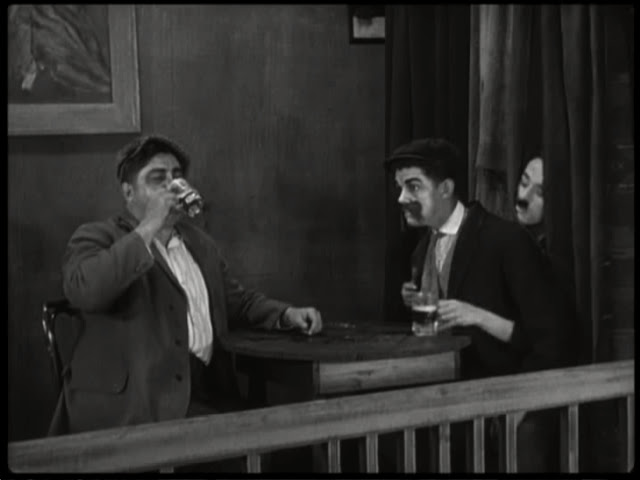 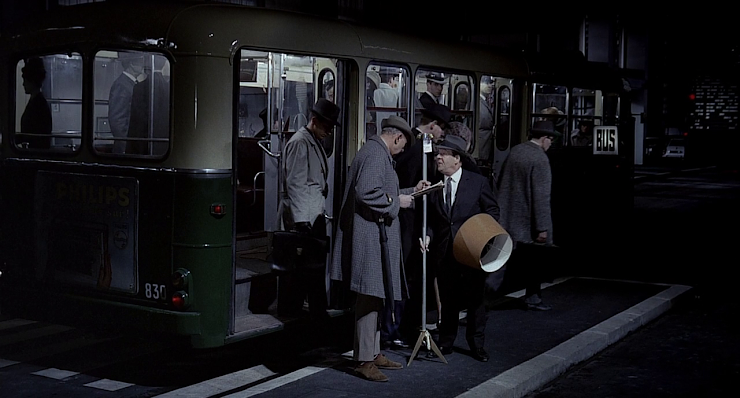 The problem for the comedian is always to find gags, and Chaplin has found some excellent ones; and I hope others will find other very good ones. As far as the construction of the story is concerned, Chaplin takes the responsibility of the story on his shoulders. He takes over the script. Hulot does not do this at all, he passes, he closes a door, you cannot see him, it is for you to find him, it is for you to decide whether he is your friend or just someone you would not care to invite into your house.

When a comedian builds a gag, the ability to use inanimate objects gives the greater possibilities. For instance, recently my wife was ill, she had a piece of pipe to put in her nose—it did not cure her, incidentally—and it looked like a sausage. If this had happened in a Chaplin film, trying to make the pipe work, he would have taken a piece of bread and pretended to eat the pipe. Hulot could not do such a thing. He does not know things, they come to him. He is a fly-paper, he does not look for things. . . . Take, for instance, the scene in the cemetery, the wreath with the dead leaves. Hulot just wanted to take out his car tire, and without his doing anything about it, the leaves stick to it and it makes a wreath. If this had happened to Chaplin he would have deliberately put the laves on the tire, in order to transform it into a wreath and thus be able to decently leave the cemetery. Hulot does not get out, he stays until the end, shakes hands with everybody. The gag as presented by Chaplin might have had a more intelligent value, the idea is the same; but Hulot is not a doer, he is perhaps more childish . .. he does not dare.