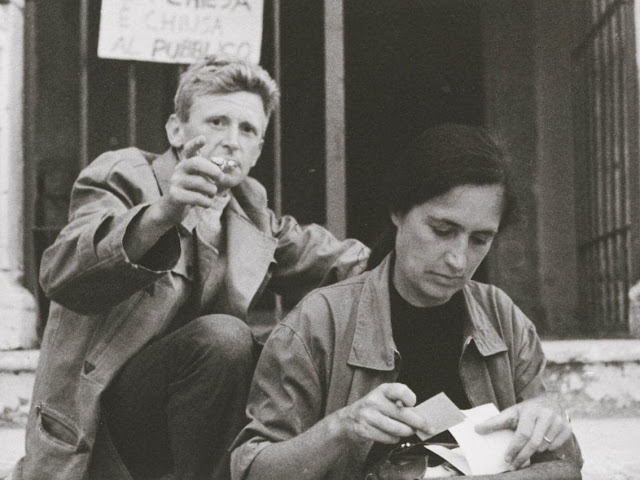 "This is what I meant yesterday when I said: we caught a political conscience like one catches the chickenpox. I should have answered that it was not through Karl Marx that we discovered the class struggle, but through the obstacles that we experienced when attempting to make a precise film, which was THE CHRONICLE OF ANNA MAGDALENA BACH. This lasted from 1958 to 1967, so ten years. This is where we realized what social violence is, the class struggle, etc. Reading Marx after that, we said to ourselves: 'Now here's a perfectly clear, just, and realistic analysis of the state of things.'" 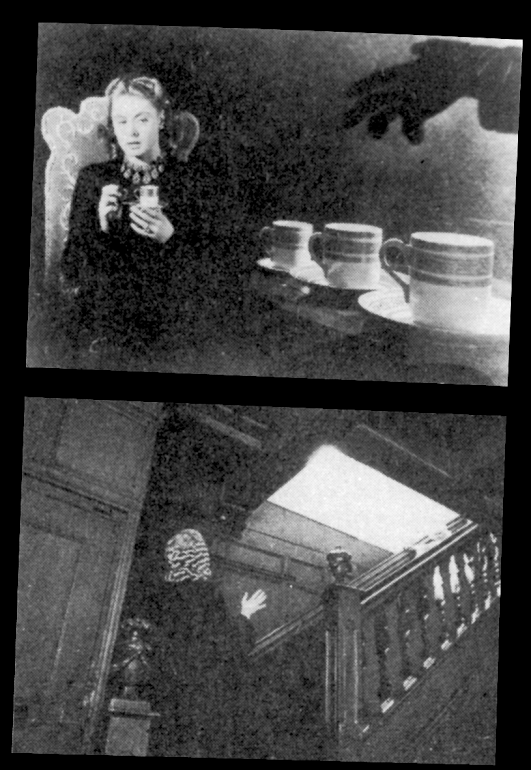 "We became acquainted at the Berlinale, shortly after that memorable July 4, 1965, premiere (of Nicht versöhnt oder es hilft nur Gewalt wo Gewalt herrscht). Today, we're close friends. I know no one else in the whole field as passionately, tenaciously, and conscientiously devoted to making movies as the two of them are. They are among the few people in this business who really work (instead of fooling around). They direct political movies (not movies about politics). Let me repeat it for those who don't know it yet: their films are the most exciting, progressive films in cinema today.

"I suspect I feel so close to the two of them because I believe myself to be caught in a similar quandary: the need to recognize that one must, by means of a false line of conduct, come closer to one's goals with integrity and dogged personalized effort, and at the price of material hardship, rather than becoming a quasi victim, in a small political faction, of imponderables that leave no room at all for various forms of work. S.-H. represent a scarcely imaginable intensification of individual effort, of what one (or two) people can accomplish in a business dominated by 'pimps and whores.' It is a struggle, naturally, and a struggle that betrays traces of asceticism as well as transfigured anarchism and moralism; immense nervous strain matched by great powers of endurance; and a masochism that is tapped as a source of new achievement—amid the most severe material hardship. (I would never be capable of that, but, then again, I don't have a Danièle H.)" 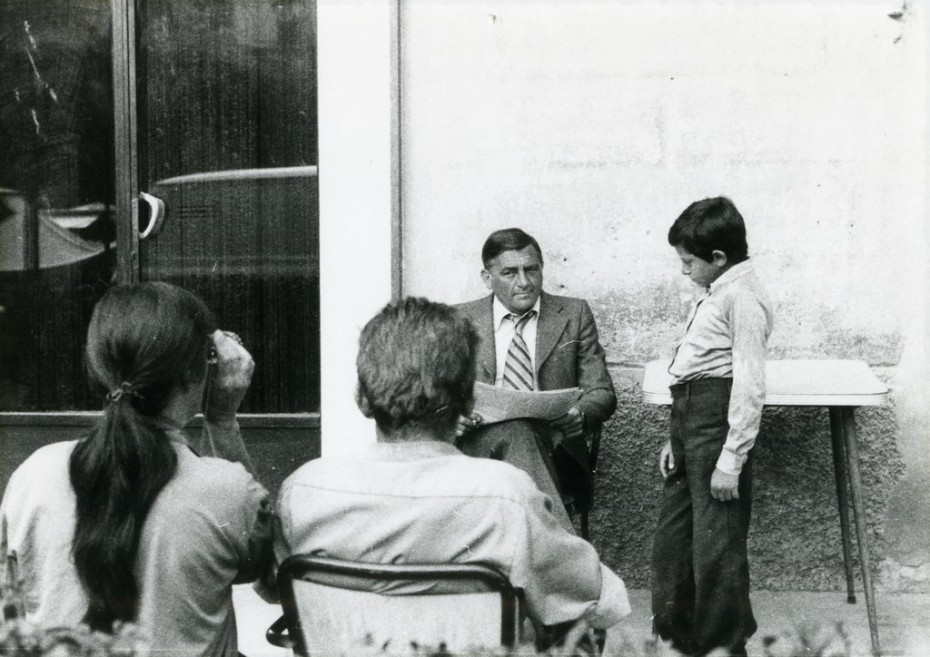