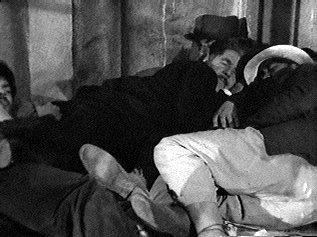 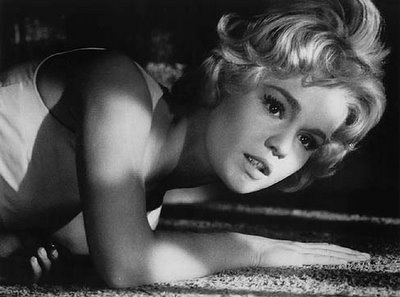 tell me about the movie connected to the still of the blonde beauty...

She is Tuesday Weld from Bachelor Flat. In the picture she's hiding under a British professor's bed, a man who can't help attracting purple passionate women through his dry English manner. Tuesday's hiding because there's another woman in the professor's flat trying to woo him.

Earlier in the film, she tried to hide away from the professor in a huge box filled with wood shavings, a box that previously contained a giant bone. Later, a tiny weiner dog (owned by a strapping young friend of the professor's) buries the professor's giant bone under the sandy beach. You can see what kind of movie this is!

Tashlin, the director, was very good at setting up middle aged men for underaged sex and forcing them to do it against their will. Turns out Tuesday is his daughter in law though. See also his film Susan Slept Here.