What follows is an English translation (not in the least meant to be definitive) of the second half of an article on Jean Renoir's THE SOUTHERNER (1945) written by a 22-year-old Jacques Rivette at La Gazette du Cinéma in 1950.  In the years 1945-1950, Parisians were seeing one, sometimes two new American Renoir films a year, catching up on what was missed during the Nazi Occupation, and re-seeing the pre-war French films in a new light, a changed France. Renoir's work was being reassessed at-large, with his American films often superficially dismissed as concessions to Hollywood mores (or as "dilutions of his French films"). The first half of Rivette's article is thus a bold defense of the American Renoirs, noting certain continuities with Renoir's past films ("his silent contempt for all rules"), but more importantly elucidating the total evolution and worldly change evident in the new work (when this article was written Renoir was in India researching for THE RIVER and, not incidentally, gone from Hollywood during those years of the blacklist's wake). Rivette makes both sage practical points ("One forgets that if Renoir had remained in France, the failure of THE RULES OF THE GAME would have forced him to accept lesser scripts than those he shot on the other side of the Atlantic") and massive, cosmic statements... Then come the excerpted paragraphs below, and with Rivette's vertiginous use of the semi-colon, these were some of the first sentences where, from a small American Renoir film made independently in the dust, the entire universe would be deduced... 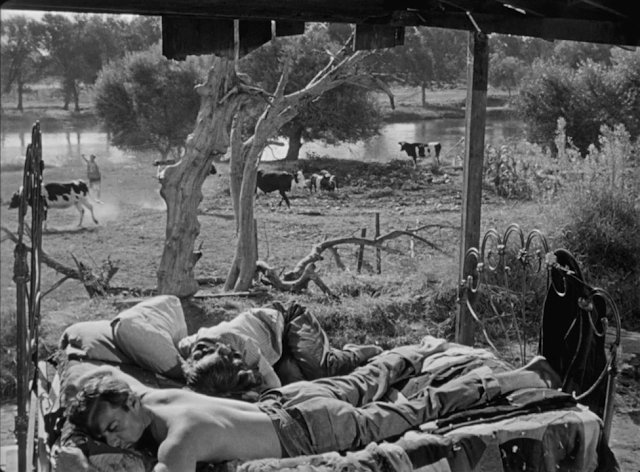 Renoir's American films mark a definite victory for innocence; it is no longer a question of voluptuously submitting to the world of appearances, and of abandoning oneself to the object and all concreteness, to an almost animist intoxication, into a world before sin, where things are, without the intervention of a value judgment; a simpler, more clairvoyant look now judges the universe, reflects it, and gives each thing its true value, rather than the pantheistic metamorphosis of the past. Renoir has left the realm of pure existence; things are now something; love is hence lucid; the mind, free and clear.

...Renoir acquired (this restraint and modesty) through maturity—and perhaps through contact with these calm, direct men, and marked equally by the Protestantism that he encountered through Swamp Water and The Southerner. In such an existence, a few gestures embody all the passions, the pains, the hopes, the simplicity, the rigor of attitudes and the words, all constituting a sober ceremonial. Direct and frank, these men hide nothing and each express their feelings, their calm, and sometimes even their coldness, granting their gestures a great sobriety, that which often comes with the repose of heart and spirit, to the point of complete immobility; whether it's the episode of the grandmother swaying obstinately in her rocking chair on the platform of the caravan, or the young fallen woman, lying on the ground, grabbing the soil in her nervous hands, or even this splendid fight, refined, rigorous and yet beautifully alive—this valorization of the gesture and attitudes, by their sobriety, therefore their intensity, and the often precise planting of the characters in the frame of the screen, impose the impression of a certain "theatricalization" (and the very existence of these men is "theatrical", these men constantly engaged in a struggle with nature, who define themselves and find meaning and value only in their conflict with the external world: man exists only through action, the act, he is an actor); an impression heightened by the nakedness, the rigor of the natural settings, and the leitmotif of the porch, these few wooden steps, the peristyle of the domestic temple, where one comes to sit side by side; at the intersection of the house and the fields, they are the knot of the decor. Here man is at the center of his universe, he comes to rest there, to confide in it and, like Antaeus, regains strength in the most intimate contact with all that justifies his life. 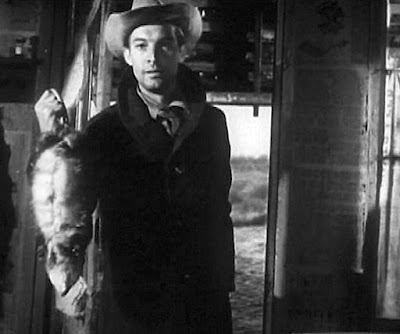 To speak of a banal and flatly edifying "script", to regret "the absence of dramatic progression", all that is flatly absurd. Man in the midst of the world, of his seasons and his whims, is the subject of The Southerner. It proves once again that the word "script" has no meaning, that there is no "script" and never will be; a film is people walking, embracing, drinking, bumping into each other; men who act before our eyes, and oblige us to accompany them in their actions, to share their lives, to participate in the thousand little incidents that make up an existence, and which interest us henceforth equally; here Renoir joins Flaherty; their purpose is the same even if by opposite paths; one puts the actors in touch with the concrete realities of their "role", forcing them to live this feigned existence for its capture by the camera; the other considers men—his occasional performers—as actors, and has them play their lives, instead of simply living it in front of the lens, reconstructing each of their customary gestures with a view precisely to its inscription on the film; —both realize this subtle mixture of artifice and reality is necessary for an expressive transcription of the world; otherwise we obtain only an impersonal, bloodless copy, from which all the weight of the concrete, which was the living justification, has escaped—without being replaced by structures which will justify it in this other universe, of which they are the foundations, and where nothing is of existence except through them, and will give by artifice the same total, the same weight of the concrete and undeniable evidence, as the basic reality.

To return to The Southerner: —what is good is that all these beautiful thoughts come to you afterwards; one does not think at the moment that one sees, one marches on; it is only through a twitch of the eye, an eye long distorted by this ugly game, that we notice shot changes and camera movements without actually being able to give them more importance than these things deserve. This total, immediate adhesion, this innocence of the spectator finally found, along with the impossibility of speaking of this film directly, and the obligation that it places on us to discourse only about him—such are still the most immediate proofs of the total success of Jean Renoir. 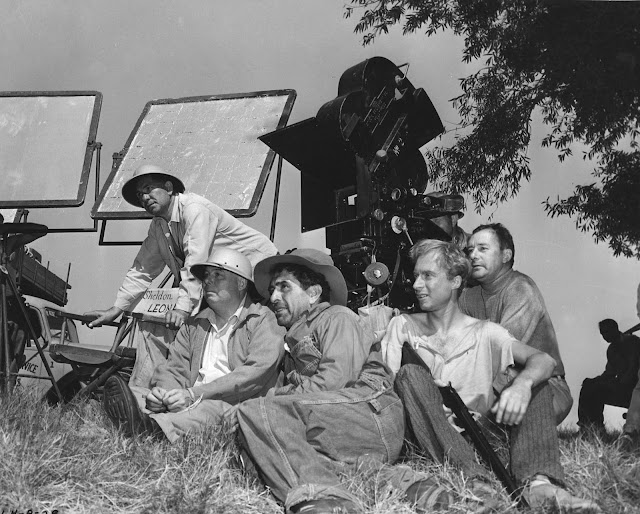 THE SOUTHERNER will screen on 16mm this Saturday October 28th, 8pm, at the Echo Park Film Center in Los Angeles on a double feature with Luis Buñuel's THE YOUNG ONE (1960), as part of the series "Kino Slang Presents".