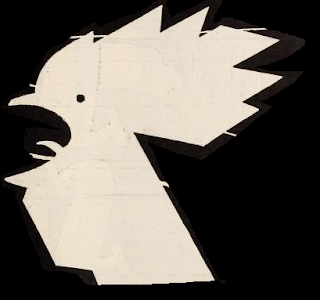 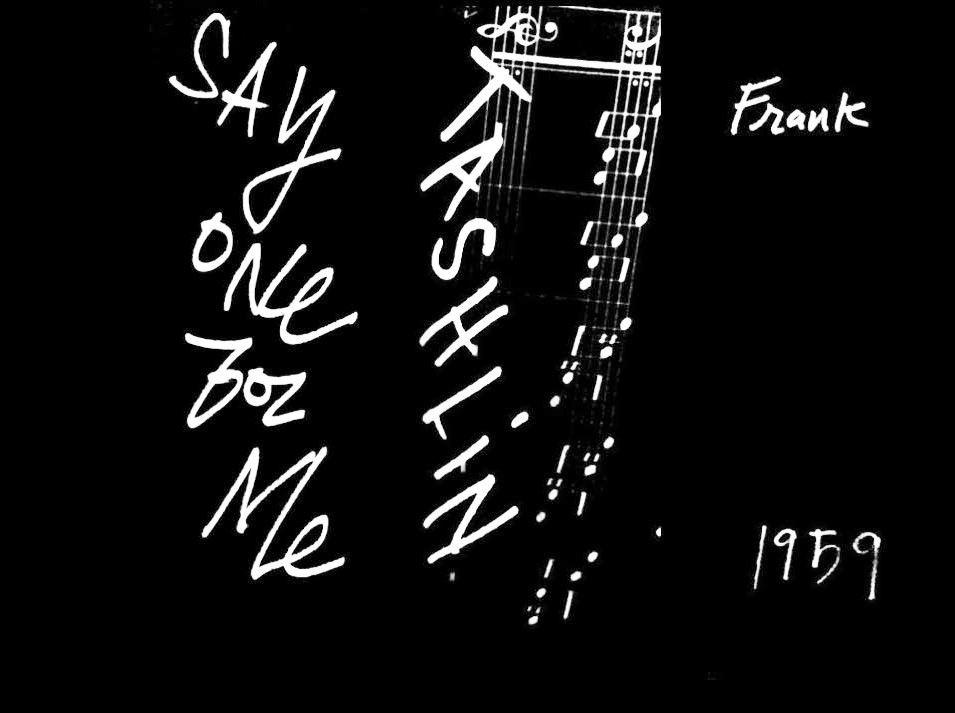 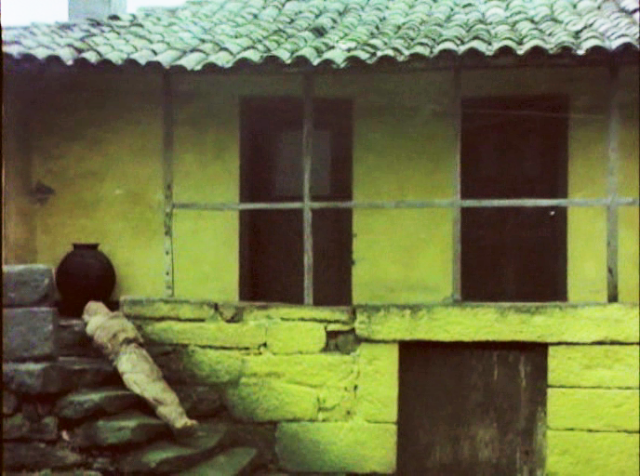 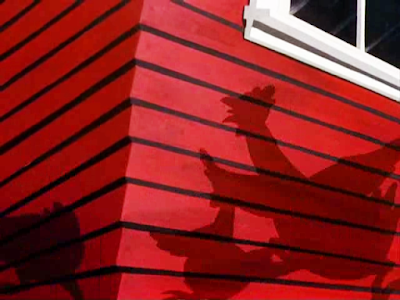 A rare, maligned one by Hollywood filmmaker and critic of Hollywood Frank Tashlin, a beautiful De Luxe color film, part-musical, about a priest (Bing Crosby) who is trying to promote his church with song and dance, while the church pianist (Ray Walston) struggles with alcoholism, and one of the singers (Debbie Reynolds) falls in love with a thoroughly Godless man (Robert Wagner), who is also the boss at her side-job performing in an adult nightclub, a job she only takes to pay for the hospitalization of her beaten father.

This film is perhaps the last entry in a string of popular "singing priest" movies (McCarey's GOING MY WAY and THE BELLS OF ST. MARY, Ulmer's ST. BENNY THE DIP) that Hollywood produced after World War II. Tashin's version here, called one of the "Fifty Worst Films of All Time" in 1978 by baby-boomers who were clearly embarrassed by it, is limpid and complex. "It stands as an interesting nexus of the uneasy relationship between sexuality, showbiz, and moral religion," wrote critic Roger Garcia. "Tashlin draws this triangle through the film's (emphatically interior) spaces—the church, the community hall, the nightclub and apartments, all describing a kind of geography of the sacred and the profane."

Bill Krohn has written a new, until now unpublished text on Tashlin's SAY ONE FOR ME, "Tashlin Gets Religion", which can be read on Kino Slang here. 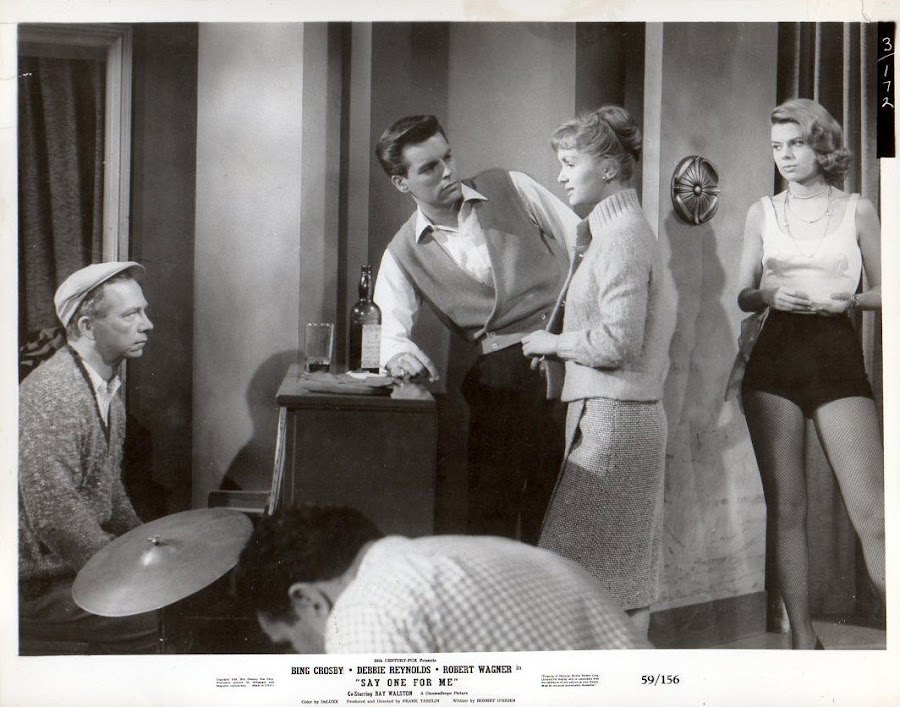 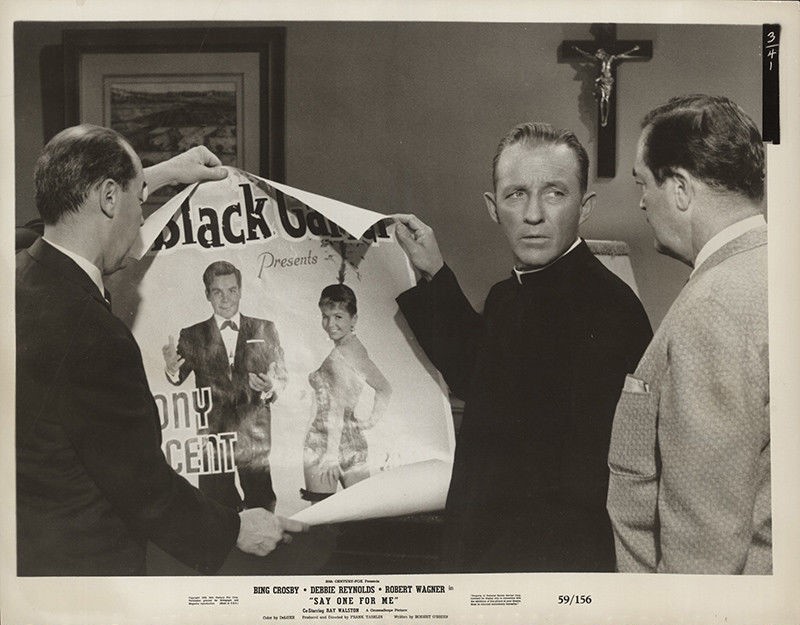 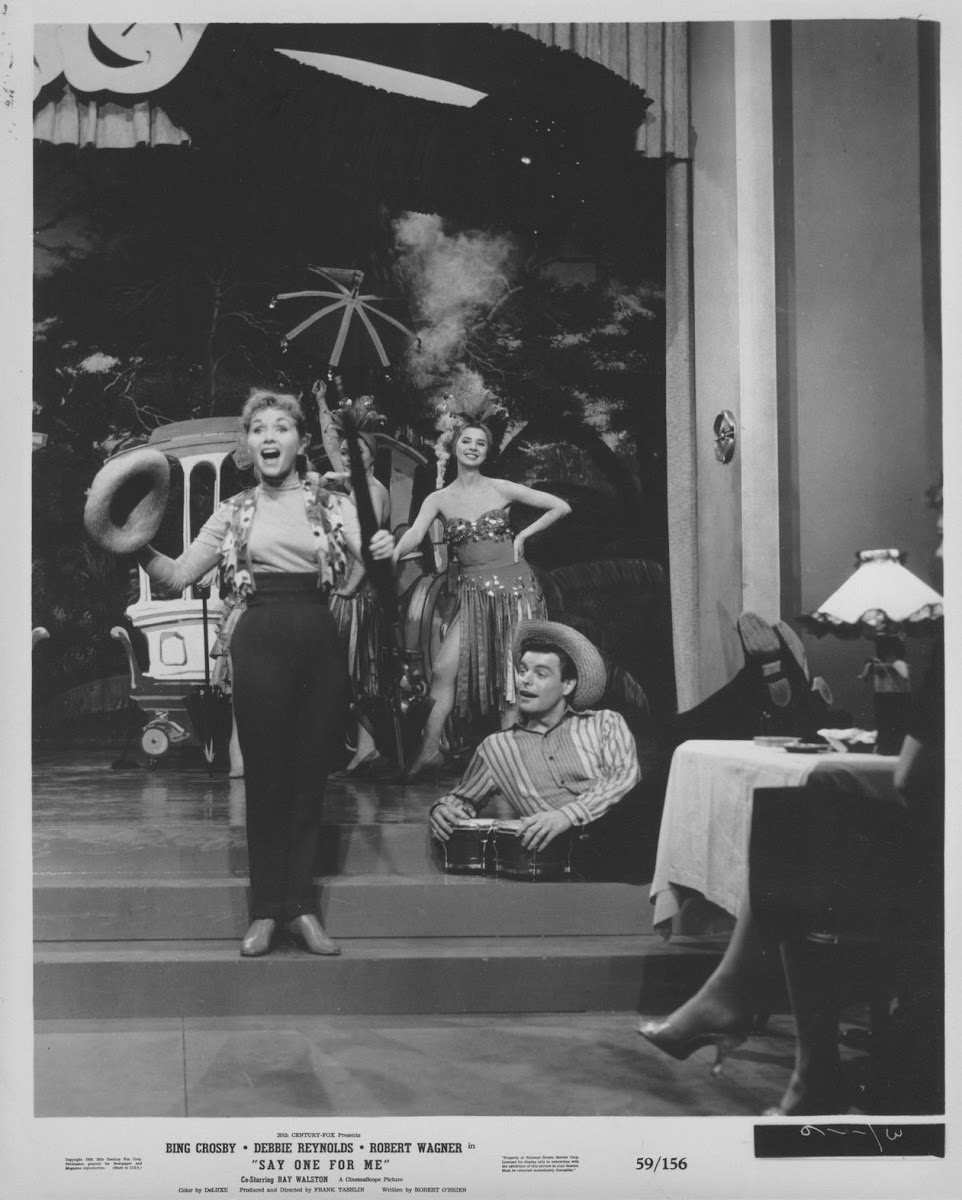 
A mother has two sons. She loves one son less than the other, and aims to prove it. When a cow is stolen, she's sure the thief is none other than the wretch she gave birth to. "I'm hatching a plot, good son. I'm hatching a plot. We'll catch the rascal red-handed!" Based on a traditional Portuguese folktale called "The Rich and the Poor", shot on 16mm in rural north Portugal and played by its inhabitants, this comedy swaps the sacred and the profane as portentously and rapidly as the lines and colors of an El Greco. It partakes of a very specific act of cinema, a homecoming, a "return of a traditional popular tale to its original human and social environment" (Luís Miguel Oliveira), while smacking of the great passions evident in all of Monteiro's films: the hymn to the place and seasons; the slab-like filmed moment for all-time (a man cracks walnuts with his hands); "one half of the world cheating the other" as is said in God's Comedy (1995) about a cheap fork that kills an impressive romantic dinner; brother-to-brother betrayal and exploitation; children; curses.

Quite casually, with none of the false sobriety and gimmickry of today's so-called "experimental ethnography", we see the richness of northern Portuguese peasant architecture in the village of Lebução (which has been destroyed and now looks like a California suburb no older than this film)—its colors, its food, laundry, plumbing, soil, and even its odors—, and the beauty of the people, both fed and contradicted by the darts that fly out of their mouths, in dialogue by the good grace of César Monteiro mixed with selected colloquialisms. Monteiro is the only heir to Erich von Stroheim in his unemphasized realist detail, cruelty, and care, and this short is a bit like his primordial hamlet "Mother Garoupe" sequence from FOOLISH WIVES. 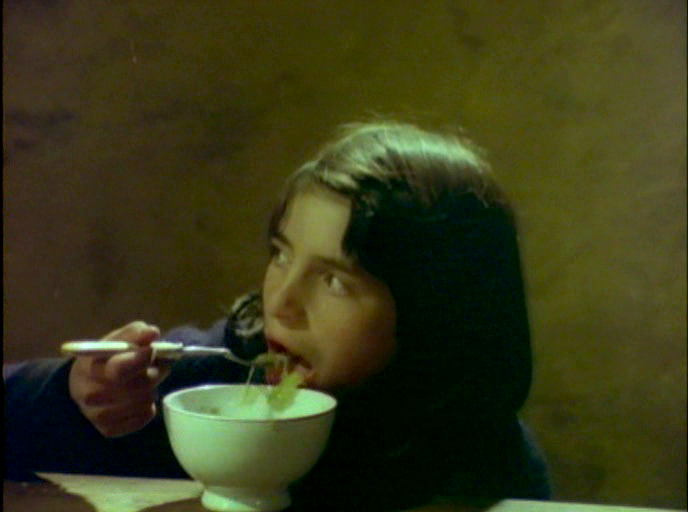 Wartime egg production at Flockheed Martin stops when the worker hens swoon over rooster "Frankie!" (Sinatra). Foreman Porky auditions for other signers to try and revive production. The throbbing combination of Sinatra then Bing Crosby's voice is so powerful Porky himself is stimulated to lay an egg. 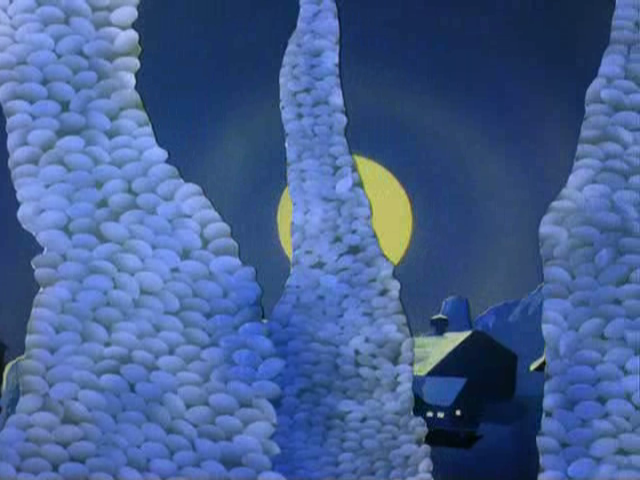 Program total running time: 2 hours and 30 minutes
There will be no introductions.
Program notes provided at the door.
Doors open at 7:30pm, film at 8pm.
$5 Suggested Donation.

*Note on the projection: The only way to see SAY ONE FOR ME today (save for locating a 35mm print, though EPFC is not capable of projecting 35mm) is in copies that crop the film's original CinemaScope 2.35:1 frame to 1.33:1. That is the unfortunate condition of both the Fox Cinema Archive dvd of the film released in 2013 and the 16mm Eastmancolor TV print that we will nevertheless gladly project on March 9th. 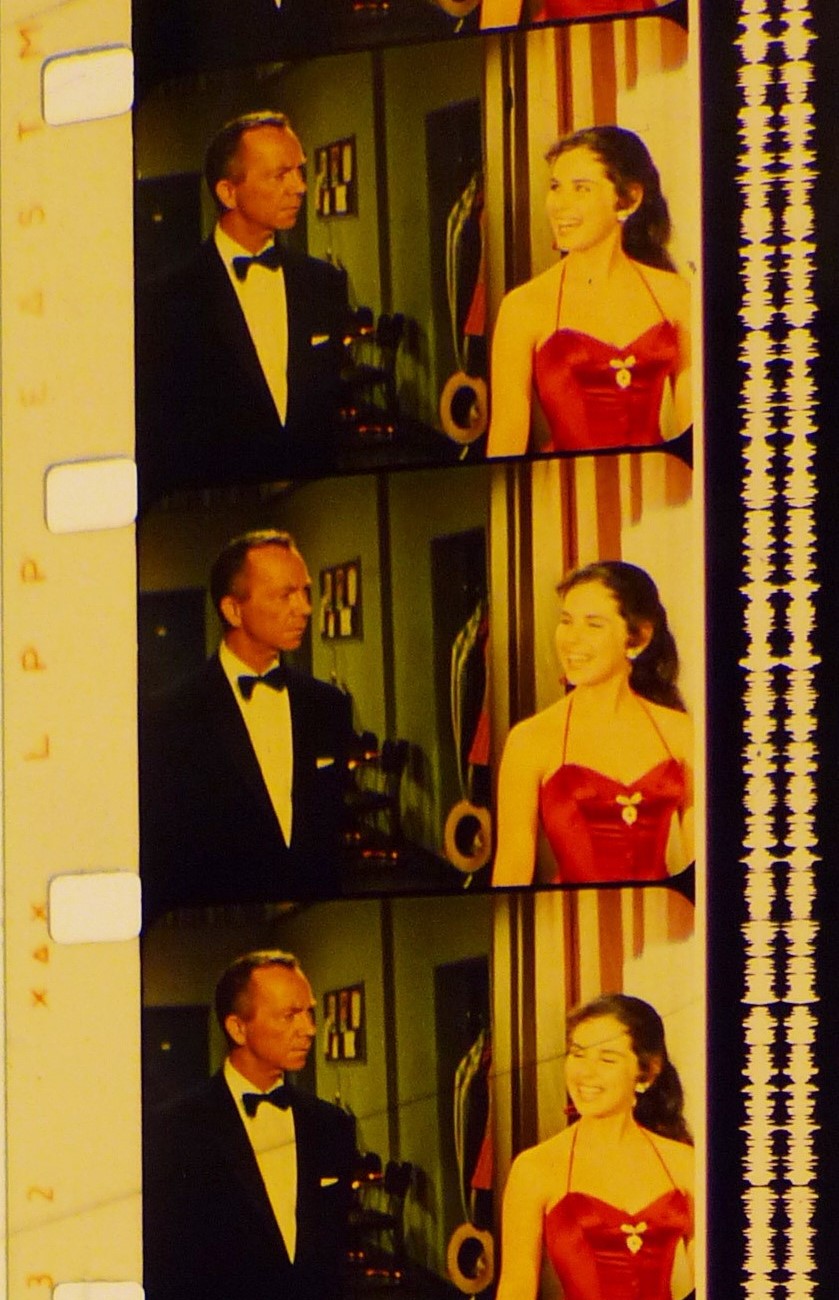 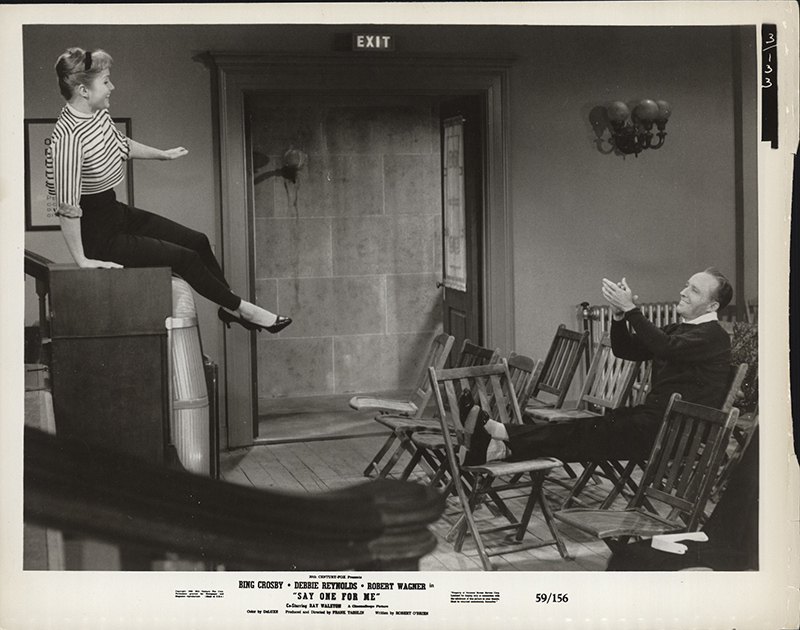 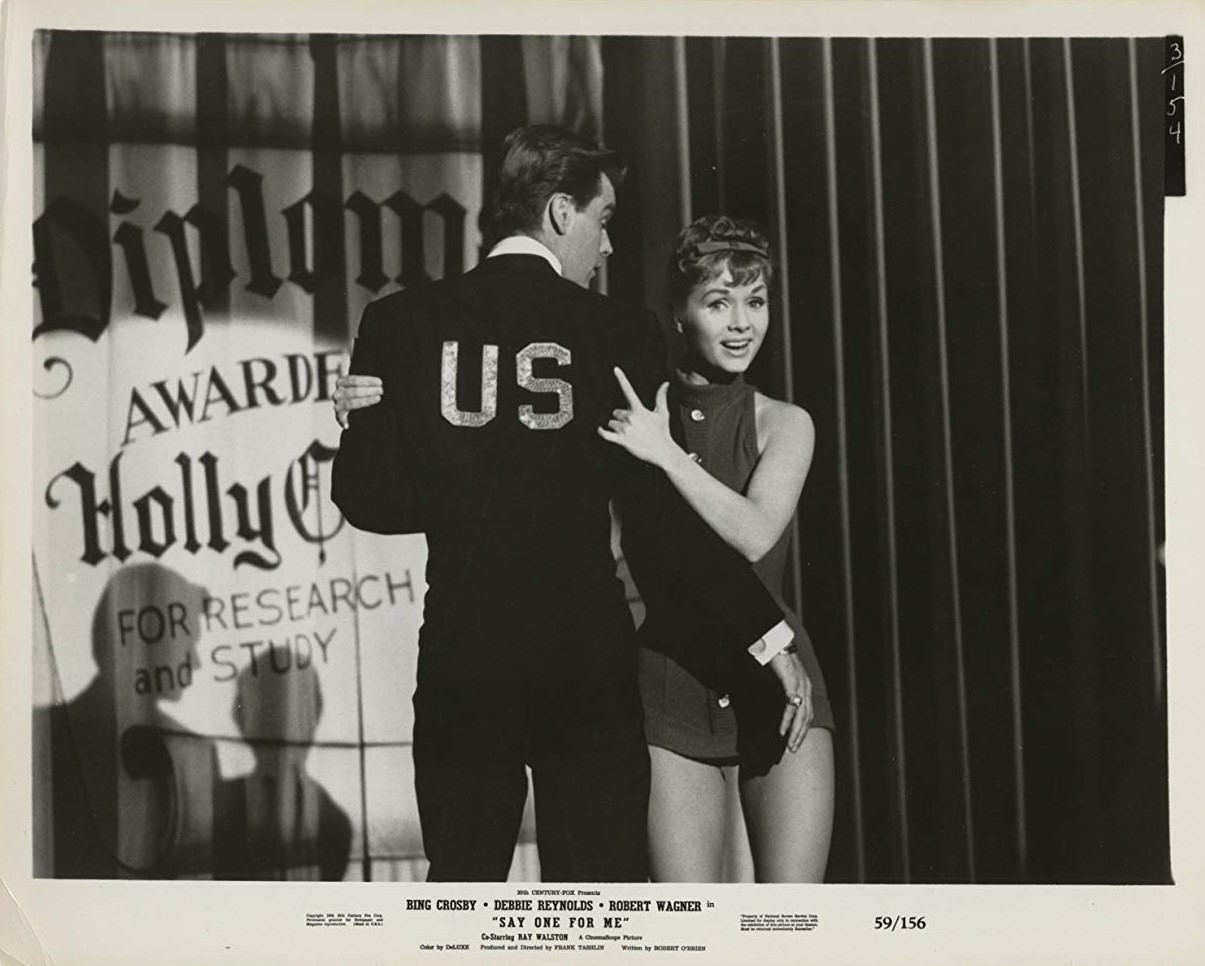 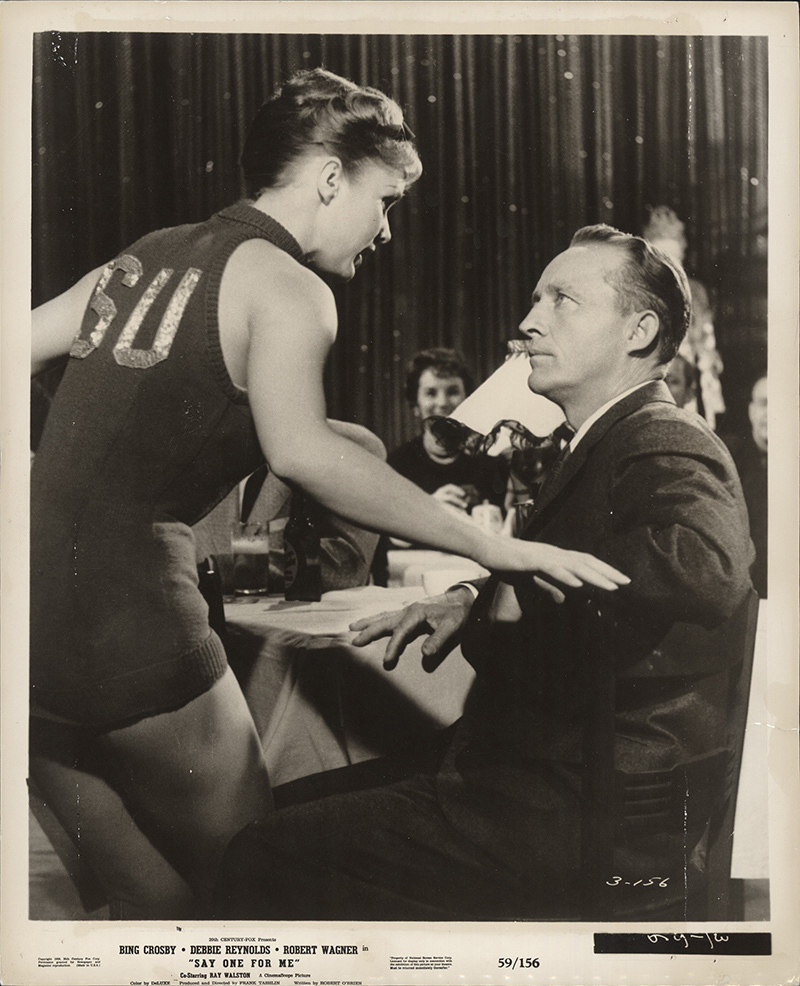 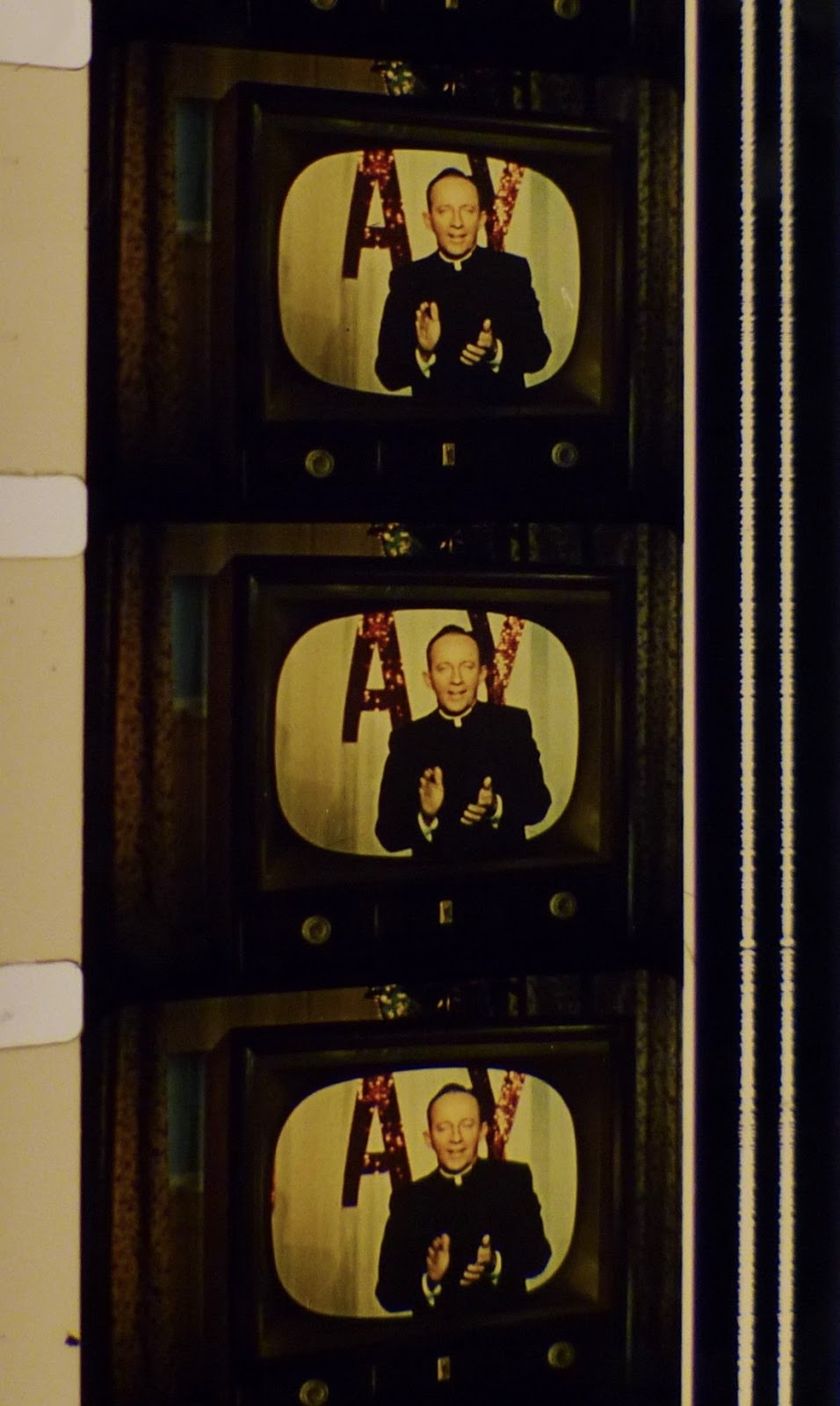 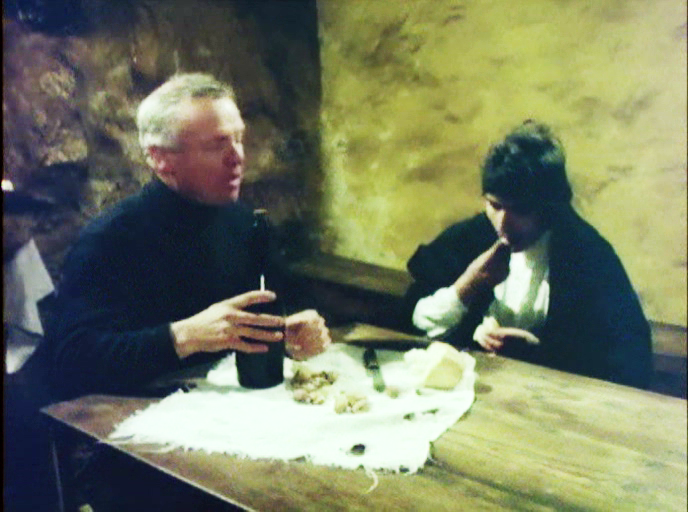 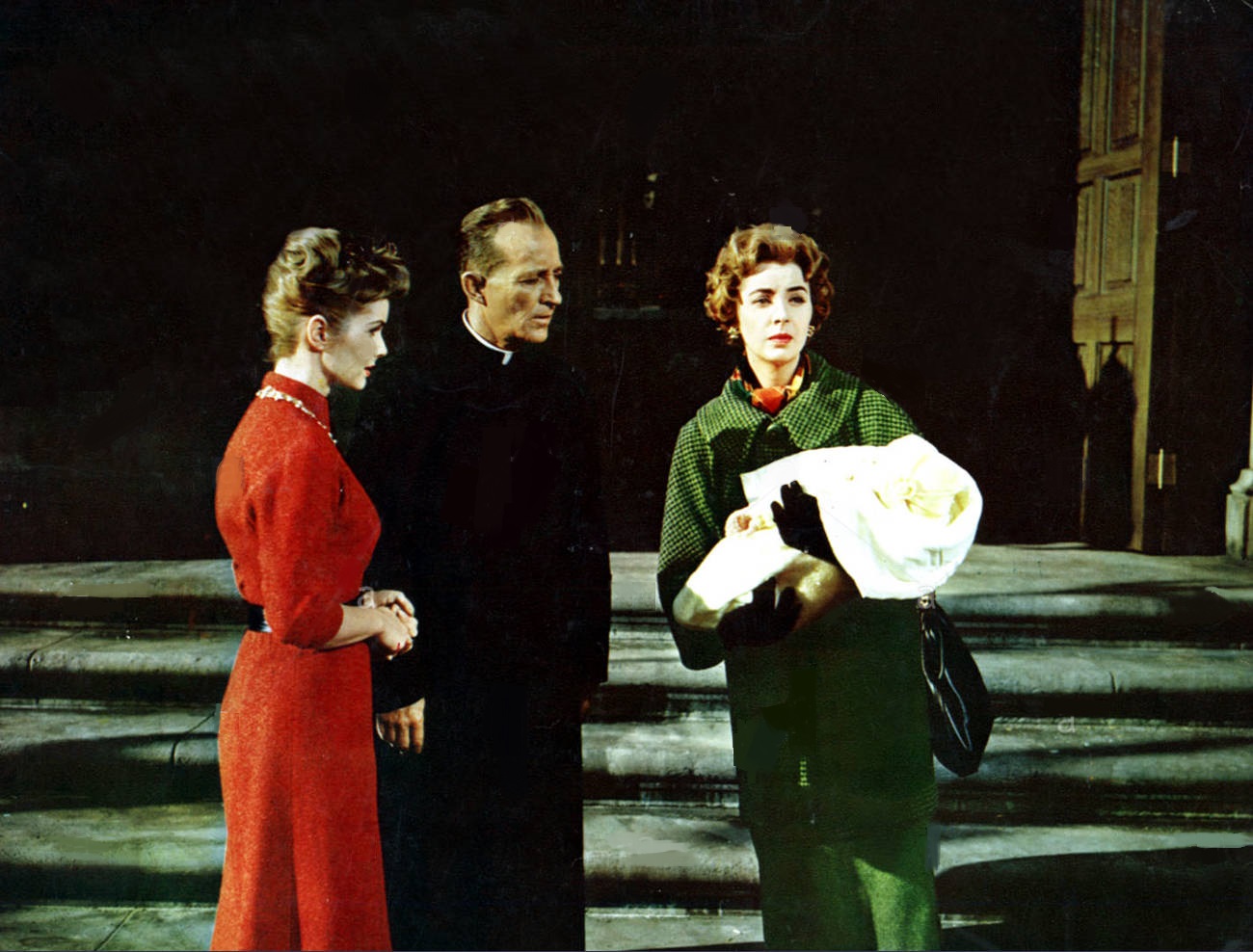 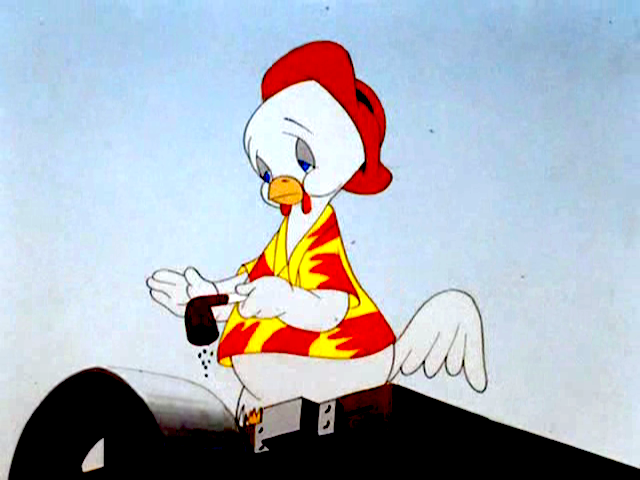 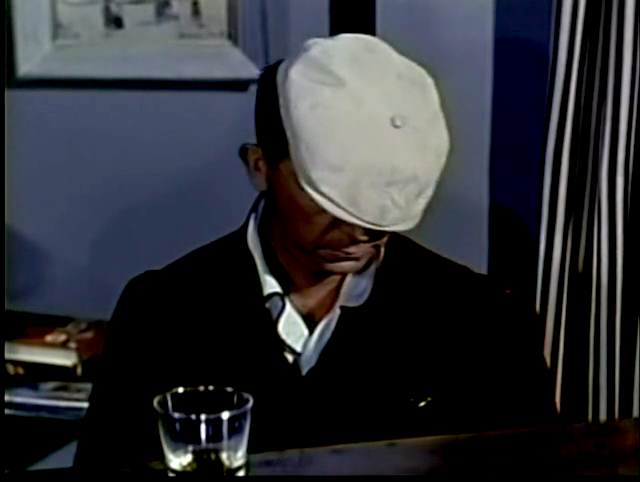 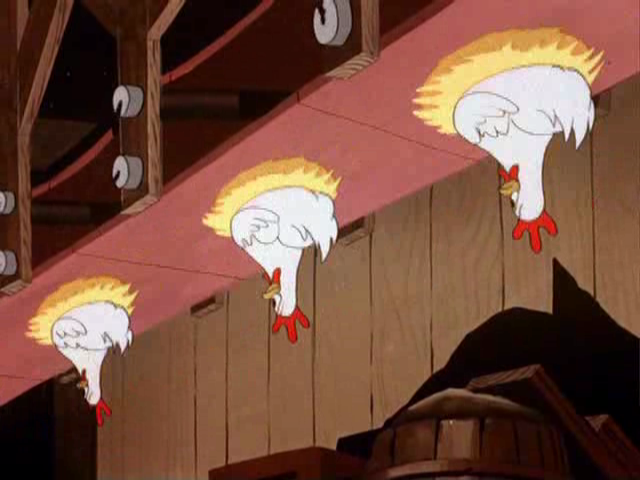 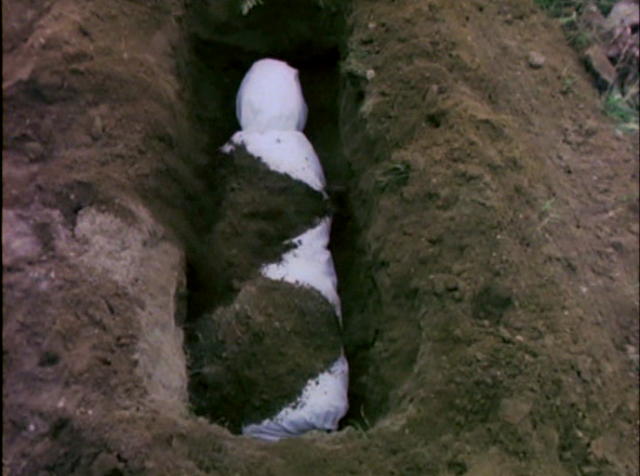 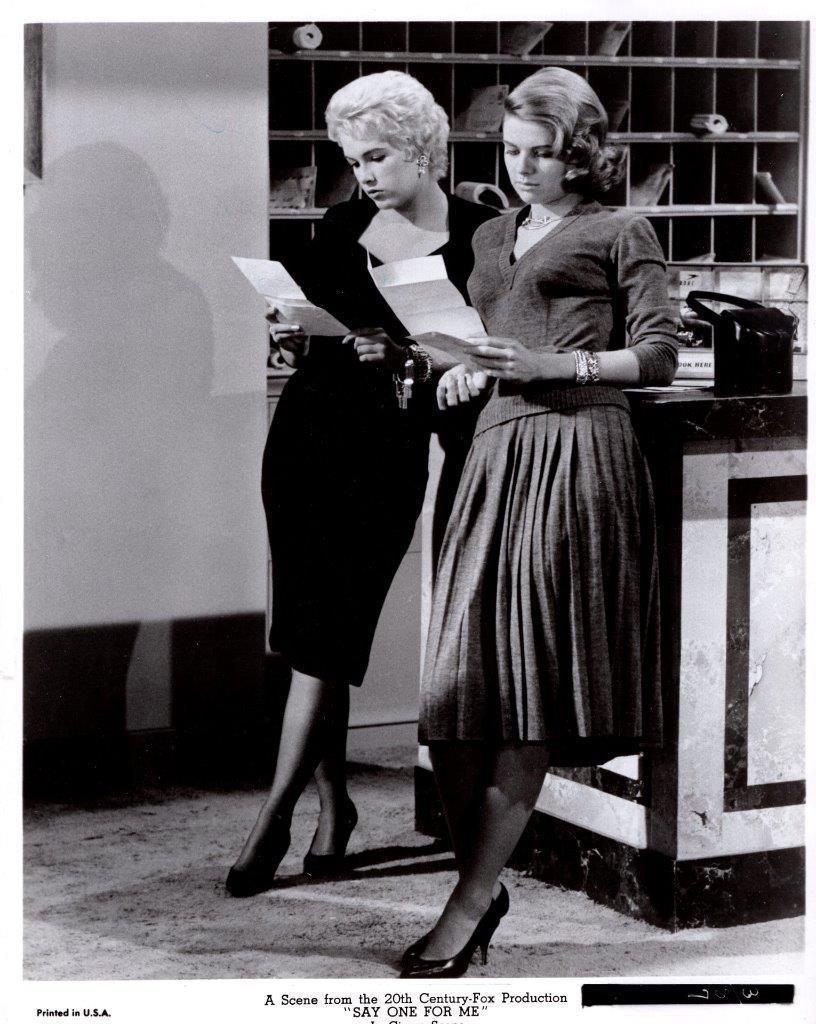 "Kino Slang Presents" is a regular series of cinema screenings at the Echo Park Film Center in Los Angeles. It continues the cinematographic investigations, excavations, proceedings by montage and association, silent alarms and naked dawns of this thirteen-year-old blog.
* 4:13 AM