APPLE ON THE MANTLE
by Craig Keller 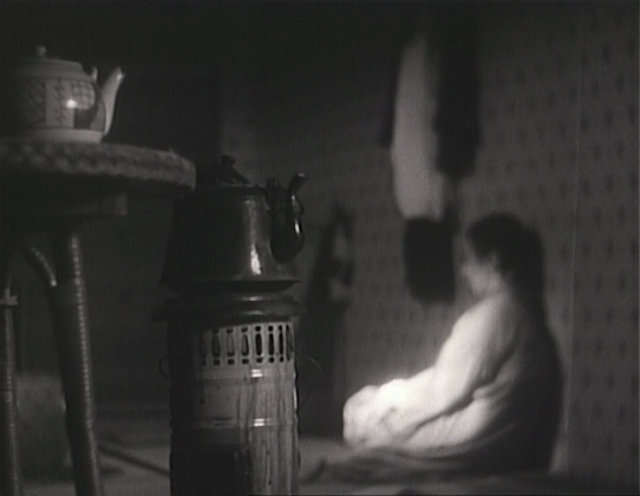 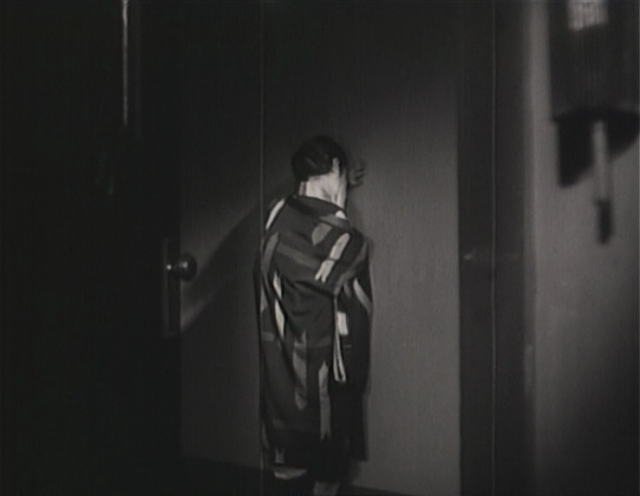 A new iteration of a diseased world has wafted up and come to choke, pervasive, since the last time this Ozu picture was screened with any real sincerity.

Tonight  Andy has grasped the horns of the California day’s last steers, with the prospect of Renoir’s picture in mind to follow: we will experience beautiful animals pleading emergency. On our minds, the safe word remains: “Evacuate.”—For the world is burning, and we’re internalizing now bestial shrieks, are absorbing them deep, and a chance few hear sounding from the wreck: “Come to the theater for respite and relief…”

So shameful to be us, crying when the night is like a dawn menacing soft on the horizon. The irony of orange in Los Angeles County. Cinephiles, where do associations lead? An autumn shell on the horizon, East Coast connotations, but substantial heat, smoke in the high winds. Landowners elsewhere, envious, postulate nothing political per se in the burning of the planet, and yet, at this moment is that not all there is? Are these fires not, species-wide, our spectacular concern?

A Woman of Tokyo allocates its characters by a kind of human chain—taken in another sense, as illustrative elements of human bondage. A disturbance in one individual reverberates over to and within the others. (The undulations of a suspension bridge; the flail of prey in a web.) The title woman of Tokyo, Chikako (Yoshiko Okada), represents the center median, or medium in the sense of a substance through which emotion and judgment move in waves. She provides the context for the moral relativism that defines the attitudes of the characters. When Ozu proclaims in 1933 by title alone, that there is “A Woman of Tokyo” (“Tōkyō no onna”)—well, it’s comically inarguable. Considered more deeply, who dares to dismiss this? She is not merely a “woman in Tokyo,” she is “one of Tokyo’s women,” “a woman belonging to Tokyo”—a fateful figure. Adjacent to the vagueness, the quality of the everywoman/cipher, lies a specificity that comes perilously close to turning the phrase into a metropolitan euphemism. More broadly: Chikako is the Tokyo archetype of one who does what one must to get by in the big city.

She is at once the inscrutable and the presently apprehensible—an apple taken from a mantle. The upset of Chikako’s brother Ryōichi (Ureo Egawa) over the discovery of her moonlighting as a prostitute constitutes a split in the bond between siblings, a disruption of the expectations which one held for the other. What began as a pair soon becomes redefined as halves. (That apple on the mantle will reveal still more dimensionality [still-life, la nature morte] in the conclusion to Ozu’s 1949 Late Spring [Banshun].)

Other pairs in A Woman of Tokyo:


• Harue (Kinuyo Tanaka) and her older brother, a keisatsu (police-officer) referred to only by his surname, Kinoshita (Shinyo Nara)—here, the latter assumes the role of caretaker for the former, a reversal of the dynamic between Chikako and Ryōichi


• Kinoshita and an investigating officer from his bureau


• The 47-minute 1933 Yasujirō Ozu film A Woman of Tokyo and the 2 minute 21 second Ernst Lubitsch short from the 1932 Paramount omnibus If I Had a Million, titled The Clerk

Ozu’s remarkable intertwining of the Lubitsch segment with his own film not only pays homage to Lubitsch and the Hollywood studio-system (and to his beloved Gary Cooper, visible on the back cover of the theatrical program for If I Had a Million, in which he stars in William A. Seiter’s sketch), but also echoes the structure of A Woman of Tokyo: like Woman’s seemingly curtailed ending, Ozu withholds the final punchline scene from the Lubitsch. There, after opening the random million-dollar cheque, Charles Laughton marches through a series of office doors belonging to his firm’s senior bureaucracy and, finally confronting the chief of the company, blows a raspberry his way. This has been excised. (But will be evoked time and again by Ozu through the series of children in his other films who stick their tongues out in defiance of stoic, unbudging parents.) The openness of A Woman of Tokyo results at least in part by its diminishment. As Andy writes in his own program for the screening, “The film is silent, seemingly by choice rather than technology, as if to say: the situation depicted is unspeakable." (And, I might add, also unraspberriable.) "We’ve found no explanation for the film’s odd length of 47 minutes—no industrial, or exhibition-related explanation. Perhaps the length is wholly the result of the story and the arrested way of its telling. A shorter film for the lives of the ruined or cut short; tragedy becomes brevity, and brevity becomes tragedy.” In the curtailed structure, in the plain and complicated title of A Woman of Tokyo, a terrible universality is born.

A dialectical film, then, one in which people enter rooms and the first reaction before inevitable recognition is: Who are you? or: Why are you here?. Pairs, splits,—and mirrors which, paradoxically, in A Woman of Tokyo, estrange. Objectivity encounters disbelief, a sussing-out of what could or could not be true. “Tell it slant,” goes Dickinson’s phrase, now commodified as the tagline for an eponymous Apple show; the policy is characteristic of Ozu’s work, but perhaps never has the ellipsis functioned so powerfully in his films as the scene in which Chikako stares before the mirror and, as in Kiarostami’s Certified Copy (Copie conforme, 2010), the “divide” (in the senses of “split,” and of “distance”) becomes implicit. As such the scene might be said to stand as the locus, as in Cocteau or Bergman, of an irremediable trauma. And whereas in later films Ozu characters will have, literally and figuratively, built up a front, as suggested by the director’s framing en face, in A Woman of Tokyo they are presented obliquely: torsos directed to left or right frame, heads turned, at times we might say twisted, toward the camera. (This posture, in fact, recurs among the characters of many Ozus from this period, but to examine the practice requires a scope beyond the present text.)

The movie ends shortly after the mercenary reporters drop in on Chikako and Harue to scavenge details about Ryōichi. “There’s no big scoop here,” smirks one to the other. Soon images, objects, come spiraling back, imbued with a new absence of life, their inanimation now underscored. The film moves outside, the camera abandons the reporters, and a tracking shot fixed on the rubbish-strewn sidewalk begins to roll. Of this moment Andy observes that it “seems to draw a hyphen rather than a period on the story. A hyphen to life outside the film and the movie theater.”

How many tragedies will it take to change the world? 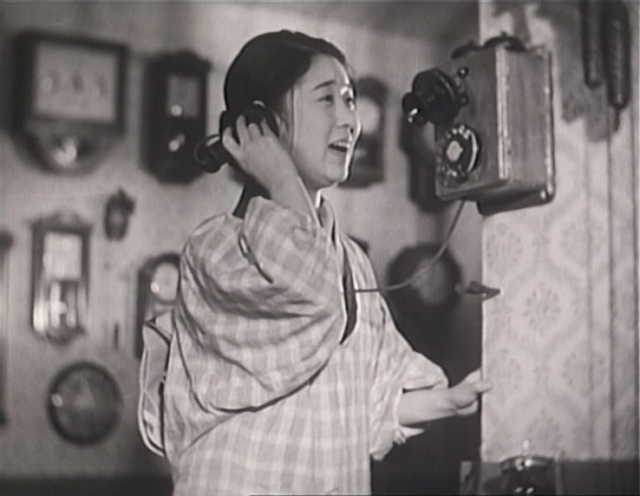