Pure scenes are not always the result of harmony. Think of:
––Laughton resisting Agee's first draft of NIGHT OF THE HUNTER;
––Ford tempering the liberalism of Nichols with vulgarity and Irish contradiction;
––Bezzerides writing against Spillane in KISS ME DEADLY.
Pure scenes, and there is no purer love scene than in CELA S'APPELLE L'AURORE (IT'S CALLED THE DAWN), are sometimes the result of a rejection of the original...
Poor Jean Ferry.
––A.R. 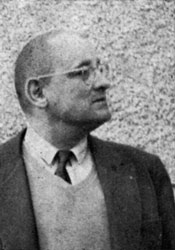 I am enclosing a copy of my letter to Monsieur Tenoudji explaining the reasons why I refuse to appear in the credits.

I hope the film is a great success.

With my eternal regrets,

I have finally, after turning down numerous requests during the shooting of the film and after its conclusion, watched Cela s'appelle l'aurore.

I hope sincerely that for your sake (and that of Marchal, who is an admirable man), the film will be a success on all levels, intellectual and financial.

It would be quite unjust, however, if any such success were to be associated with my name. I must confess that none of the ideas for the plot and dialogue attributed to me in the credits, with excessive generosity, would have ever occurred to me, and that I was not consulted nor even aware of their existence before the screening.

As far as dialogue goes, it is not necessarily so very serious, because anyone of my acquaintance will know I write French with a certain degree of ease. No one would ever associate my name with something that seems to have been written in Swiss or Belgian, or some other language that is truly difficult to define, but is certainly not French. Even someone looking for reasons to attack me would not believe I could plumb such depths of mediocrity, if one may speak of depths, that is, when charting such a vacuum.

As for the plot, it was not I who rendered the relationship between Clara and the doctor completely incomprehensible, but a series of mind-boggling cuts. It was not I who had the brilliant idea of indicating the degree of lyrical and ardent passion of the lovers with a heated scene (that I hope will provoke much mirth) where the gentleman takes off his socks and massages his toes, while the woman brings him a fine bowl of steaming soup.

I am more than concerned about this: I am beside myself with rage to discover that the wonderful love story between Clara and Valerio we were so deeply moved by has been so crudely dishonored, sabotaged and ridiculed to the point of ending on the grotesque suggestion of some kind of menage a trois. That decision, so hostile to love and women, plays no small part in freezing the human warmth that permeates the book and that has been systematically and mercilessly hounded out here... to be replaced, incidentally, with nothing.

Given its theme, this should have been a romantic, even an excessively romantic film.

And God only knows what faith I had in Buñuel to achieve this. And yet...

It was not I (who had neither voice nor vote, and you may remember my timid complaints in this respect) who decided to place a volume by Claudel on the policeman's desk (what is achieved by that idiotic provocation?), nor to have him recite parts of Claudel verbatim (my dialogue was stripped right back to nothing because, as far as I can see, there was no space left for it!).

It was not I who came up with the nauseatingly vulgar idea of pushing a dying woman on a cart through a village fiesta (and what a fiesta!). Nor of including an incomprehensible cock-fighting sequence, the purpose of which no one could fathom. Unless it was, of course to replace one of the love scenes I wrote for Clara and Valerio; or, more deplorably, to suppress certain moments of transition so ineptly that at times one struggles to follow the story.

In short, it is not I who should be applauded if the film is, as I hope and reiterate, a success. Nor should I be criticized by people who share my opinion of it. Those who substituted my work for their own (and I don't know who they all are, as no one had the courtesy to advise of their participation) should take full responsibility. I am aware that my contract agrees to all possible and imaginable alteration to my work. That clause has been applied above and beyond all possible expectation (and misgiving). I am now simply asking to apply the clause that authorizes me to remove my own name from the credits and all publicity.

A scriptwriter is of little account and I hope you will forgive the ridiculous fervor with which I defend myself here, or rather, with which I defend the expectations I had of this film. If I am indifferent to my name being associated with certain projects, by definition less far-reaching, this is not the case with Buñuel, for whom I have always had the highest esteem.

With profound regret, I remain at your disposition. 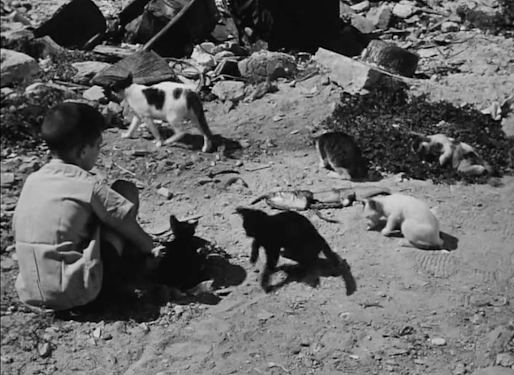 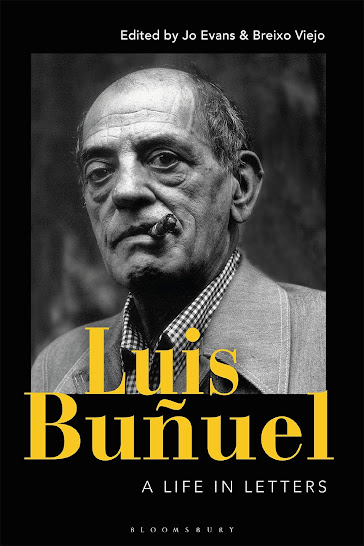 available here.
Buñuel:  It's a 'love-yes-police-no' film and I have good memories of it. My agent in Paris had recommended Emmanuel Robles' novel, and that year, 1954, I was on the jury at the Cannes Film Festival. I liked the book and began to work on the script with Jean Ferry, a Surrealist writer and author of a study of Raymound Roussel.
Turrent:  Ferry was also one of the founders of the College of Pataphysics.
Buñuel:  Yes, he was a pataphysician. And a curious thing happened to me with him. He wrote a three-page love scene, with kisses and very lyrical phrases. I would have been embarrassed to film something like that. Then it came to me to have the protagonist arrive at his lover's house, they speak tenderly, and, since he is tired, he takes off his shoes. While she serves him some soup, he says, 'Look in my pocket. I bought you a present.' She finds a live turtle in his pocket. Then the man and the woman kiss. And this way I avoided three pages of dialogue that might have been good on paper, but were impossible to film. Ferry wrote to the producer, demanding that his name be removed from the credits because I had converted a sublime scene into another one about shoes, soup, and trivialities. Poor Ferry, he has since died. He had talent, but on that occasion it failed him.
Objects of desire : conversations with Luis Buñuel
José de la Colina & Tomás Pérez Turrent
1975-77 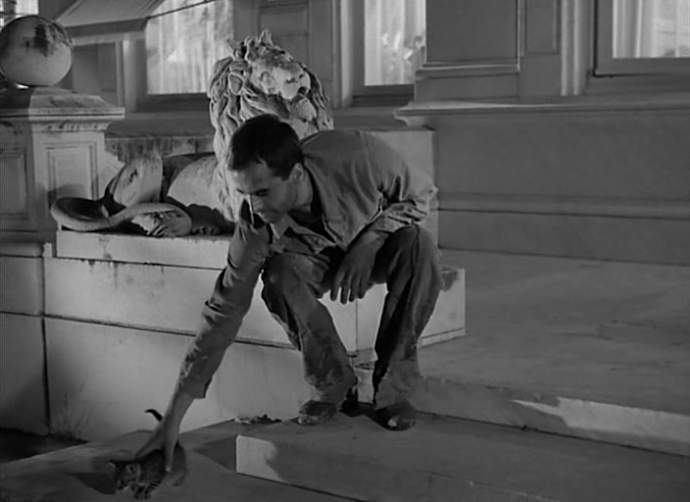 CELA S'APPELLE L'AURORE
(IT'S CALLED THE DAWN)
can be seen here on Kino Slang. 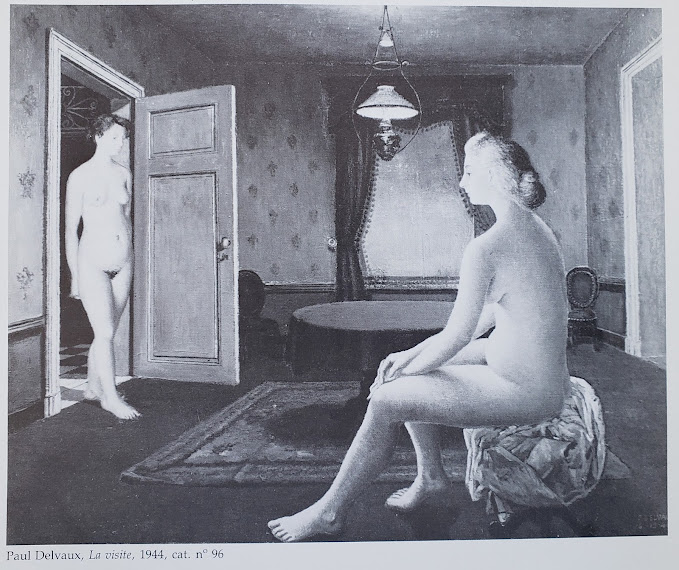 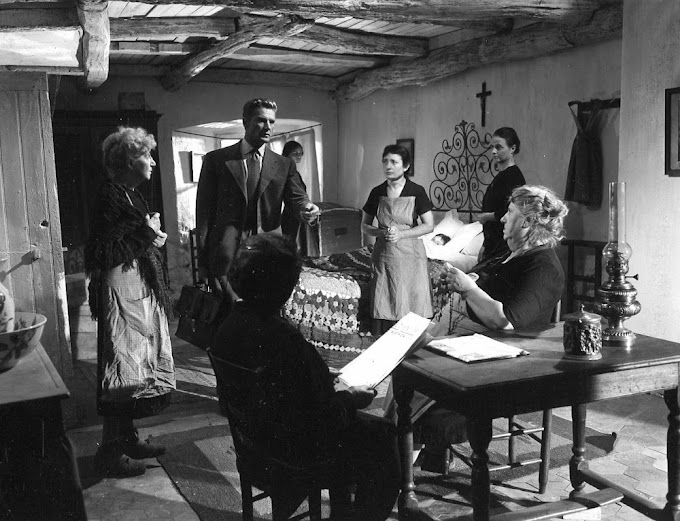