Charlie Chaplin (in Vevey) to Lion Feuchtwanger (in Los Angeles) :
"...glad to hear from you in that distant, remote country of California. It is so wonderful to be away from that creepy cancer of hate where one speaks in whispers, and to abide in a political temperature where everything is normal contrasted to that torrid, dried-up prune-souled desert ofa country you live in. Even at its best, with its vast arid stretches, its bleached sun-kissed hills, its bleak sun-lit Pacific Ocean, its bleak acres of oil derricks and its bleak thriving prosperity, it makes me shudder to think that I spent 40 years of my life in it." 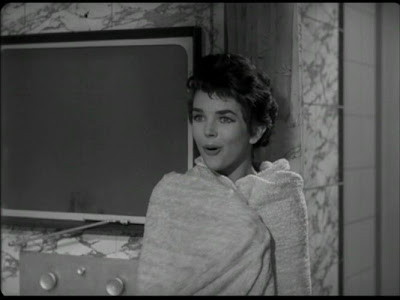 Chaplin (Switzerland) to James Agee (New York) :
"Firstly, I am so glad to be out of that stink-pot of a country of yours. I should have done it in 1930 when I was over here the last time. I never really wanted to come back then, but the fates knew best because I would never have met Oona and our five children! To be over here, away from that torrid atmosphere, is like stepping out of the death house into the free sunlight. Occasionally, someone sends us a New York Tribune -- its dark news makes me shudder. It's nothing but Dulles'* vomit all over the front page. And the belly-aching about the charity they are giving to the world. Oh, what a stink-pot country! As the negro says about living in Paris: 'Colored folks is quality here,' so I say about Europe: 'Charlie's the tops'."

*John Foster Dulles (February 25, 1888 – May 24, 1959) was an American statesman who served as Secretary of State under President Dwight D. Eisenhower from 1953 to 1959. He was a significant figure in the early Cold War era, advocating an aggressive stance against communism around the world, particularly in the Middle East. He advocated support of the French in their war against the Viet Minh in Indochina and famously refused to shake the hand of Zhou Enlai at the Geneva Conference in 1954.

the picture, A King In New York. Note the "flatscreen"!