As the second invasion of Iraq by the U.S. was beginning in open aggression, and thousands of of 2000-pound U.S.-made bombs were about to fall on Iraqi land and people as part of the "shock and awe" air-war campaign, 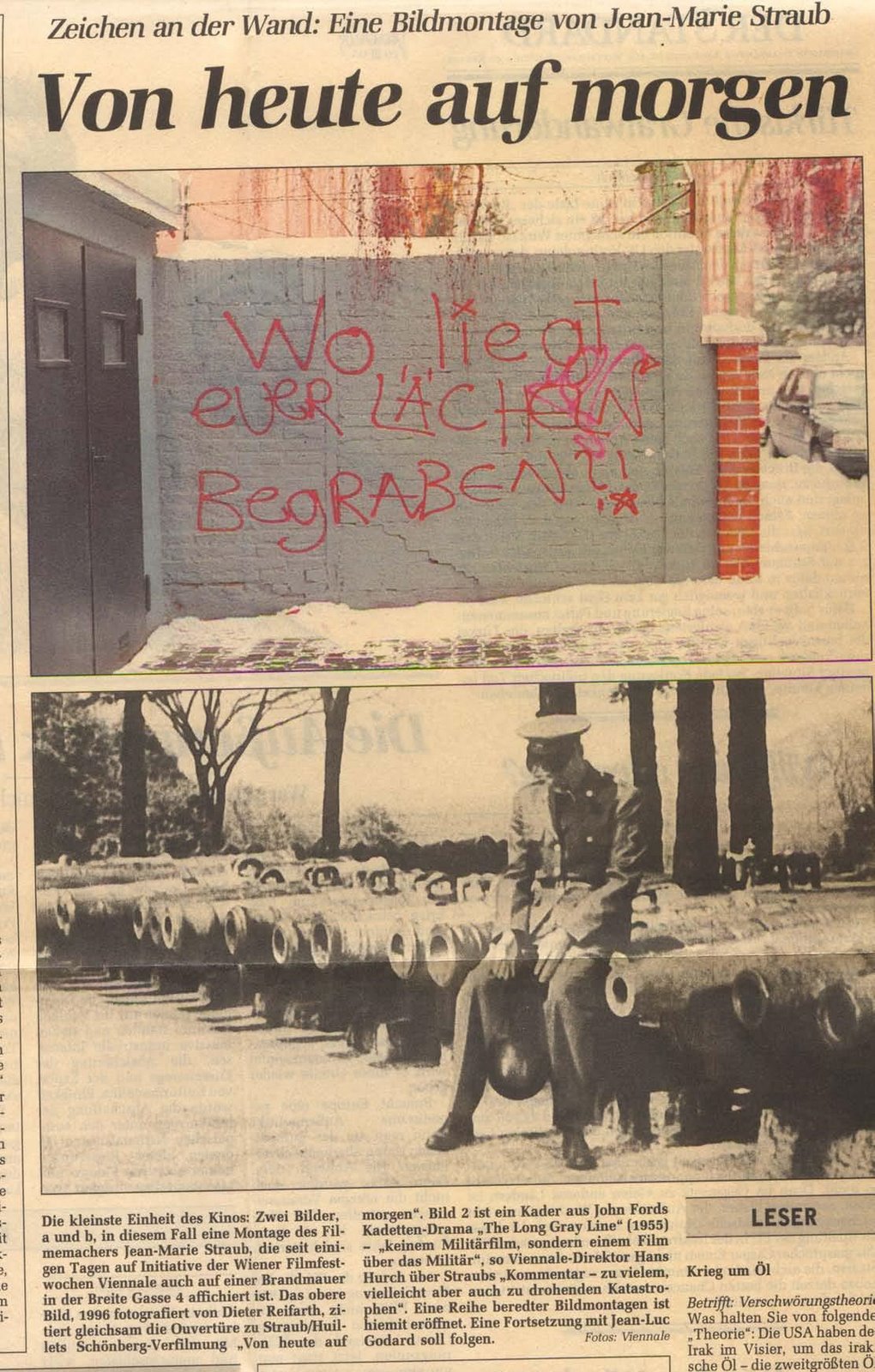 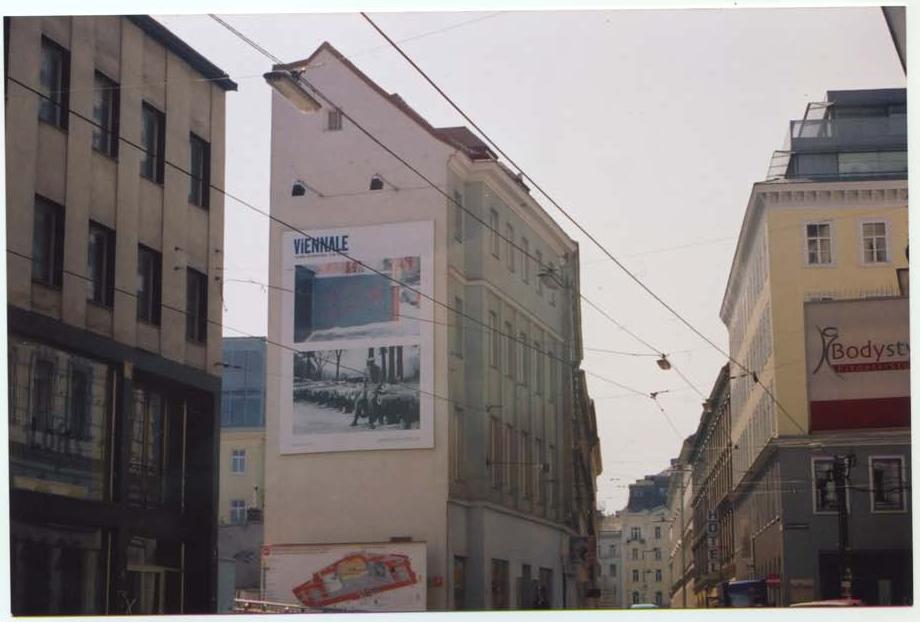 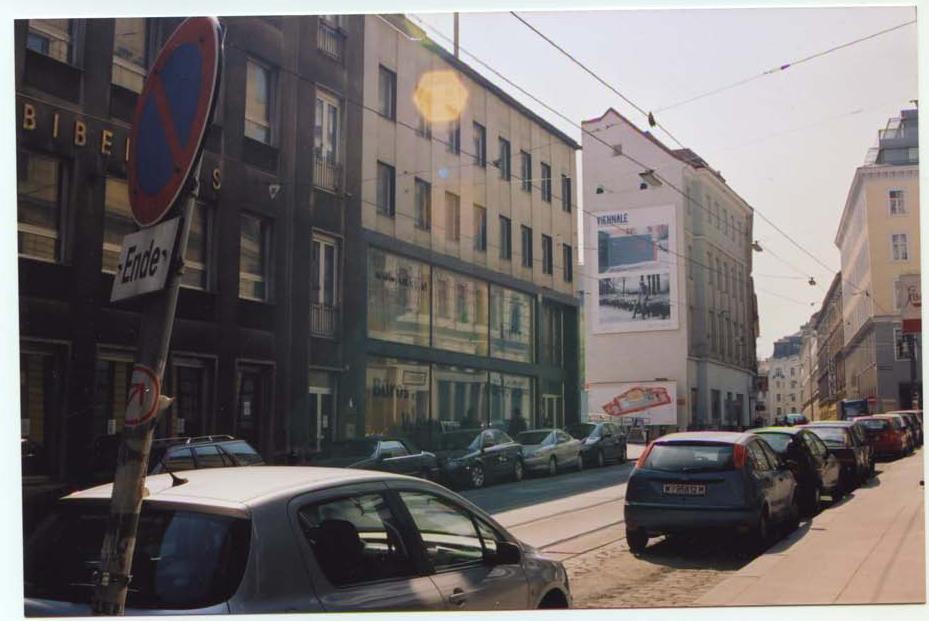 Jean-Marie Straub and Hans Hurch (director of the Viennale) made a Peace Wall commenting on many things, including "the threatening catastrophe" of this war. A continuation of the wall was to follow by Jean-Luc Godard.

a) WHERE DOES YOUR SMILE LIE BURIED?* (literal translation of the graffito in red on gray). Photograph by Deiter Reifarth; the same graffito seen at the beginning of Straub/Huillet's film Von heute auf morgen (1997, FROM TODAY UNTIL TOMORROW)

(Here, two photos of the wall as it appeared in the streets of Vienna. Photo: Viennale)-

Thanks to Tag Gallagher for the article and photos.

PROGRESS. THE WORLD IS ON THE MARCH. WHY SHOULDN'T IT TURN AROUND?
-Rimbaud (A Season in Hell)