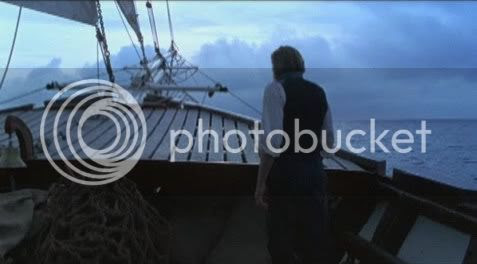 A powerful intelligence and an actor of practically leonine force.

Thinking of his performance in Ne touchez pas la hache makes me believe we've lost one the great physical actors -- in movement or repose, standing or sitting (most professional actors are revolting when they act sitting down; George Clooney for example), in speech or in silence -- one who could completely hold his own in Rivette's long-shots, like no other. In that film he followed the fiction with a rare faith and arrived at a pure documentary of the body -- he was the Gregory Peck of Captain Horatio Hornblower (Walsh) plus the Tanaka of Sanshô dayû (Mizoguchi). This is no small thing.

Yeah. Or even better (if we had DVDs of the film): the last shot, the pan away to the empty sea...