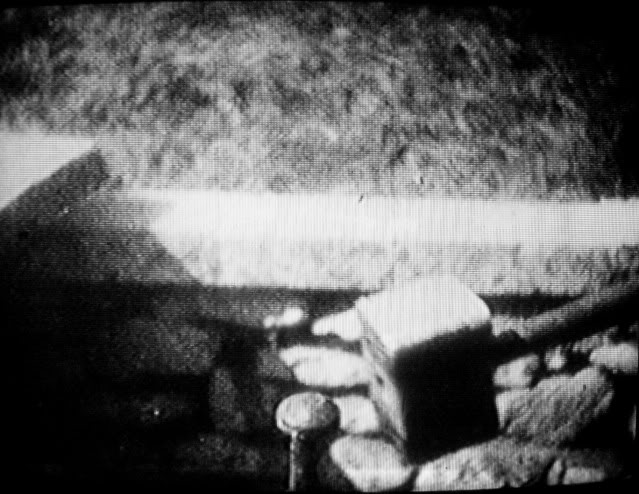 "We had everything then, I thought: the nightmare mood, the helpless victims, the feeling that all the solid things could at any moment dissolve into thin air, that only the unseen, lurking evil was real. But it was really not until I was in the empty Tobis studio in Berlin, in the middle of the night, putting on the sound with the very gifted, inventive Werner Obitz—he was the one that had constructed spaceships and that kind of thing for Fritz Lang—it was not till the moment we were there with Zeller’s monotonous musical theme and the somnambulistic, incoherent words… Blut… Hunde… Kind… and the sounds that had no visible source but were there to increase the angst mood—it was there and then, in the empty, echoing studio, where the only sounds reaching us from outside were echoes of street brawls, the SA out with their clubs and knuckledusters, that it struck me that I had also made a film about that, about the living nightmare of violence and war and suffering that we were all drifting into, without will or knowledge. The film was premiered, to boos and catcalls on the Kurfürstendamm in May 1932, some six months before Hitler’s takeover. But his minions were already at it, and persecutions of the Jews had long been the order of the day, though the worst, of course, was still to come. Yes, VAMPYR was also a period piece…"


As quoted in 'Montage for Carl Th. Dreyer, P.4' by David Phelps

Image: the staking of the vampire from VAMPYR, a shot censored by the Berlin Censorship Board before release of the film.
* 11:54 PM

What a precious statement!