1) When I first read Adrian Martin's review, I found his comparison of Brody's Everything is Cinema to Fuegi's biography of Brecht, The Life and Lies of Bertolt Brecht (at least Fuegi wears his thesis on his sleeve) very apt. There's the mutilation of the artist's works into a series of exposé-fueled interpretations pivoting on spurious biographical speculation and crude biographical judgments; hysterical ideological reductivism and wild revisionism; a completely knowing disregard and/or distortion of the artist's strivings and working methods, especially with regard to political being (in the case of the Fuegi, Brecht's collective adaptation methods are interpreted as life-long plagarism!); the well-crafted intent to do grave harm to the understanding of certain works (perhaps even to the man) -- all this is evident in both biographies.

But the comparison is not completely apt. Fuegi contributed to Brecht studies for at least 10 years (the BRECHT YEARBOOK, for example) before he (for ideological reasons) turned on the artist and the work. Brody, however, has produced little if any of what can be called solid scholarship on Godard before, during, or since his biography.

I was just using the term "artist" to describe the subjects of Brody and Fuegi's biographies. It can be a very limited term, especially in relation to the work of Brecht and Godard. I wouldn't want to be in league with the term "artist" when it's used to to say that Godard sacraficed being one by becoming militant, by speaking about the Palestinians, as if those concerns were "self-denial" of an "obstinate artistic quest" (pg. 625-6, Brody). To be in thrall to, or worse propagate, such a stodgy and couth definition of "art" as Brody's is as backward as it has ever been -- and over a body of work like Godard's, it's quite a reactionary feat. This definition of art has certainly been forced on us before. (Andrew Sarris for example, also speaking of Godard: "the death of an artist is too high a price to pay for the birth of a revolutionary, even when the revolution seems to make more sense than ever before.") To that definition I say thank goodness Brecht and Godard haven't always proceeded as "artists" alone, or else we wouldn't have TO THOSE BORN LATER, DER MESSINGKAUF, GALILEO or ICI ET AILLEURS, SAUVE QUI PEUT (LA VIE), HISTOIRE(S) DU CINéMA.

An astute reviewer of the Fuegi biography (click here to read the review) reminds that Brecht and his work fought and survived much, including every kind of force for reaction -- no reason to think Godard's work won't do the same.


are dedicated to Adrian's recent comment at Girish's blog:


"(...) I don't think I have ever seen it mentioned that, for example, the film project that Godard 'menaced' Truffaut with in their bitter 1973 letter exchange (called A FILM at that stage, if I remember correctly), is substantially the film he made 13 years later as GRANDEUR ET DECADENCE ..."


Yet another deepening of that exchange. I don't think I would be alone in calling GRANDEUR ET DECADENCE... one of Godard's greatest films of the 80's, perhaps of his entire career. Brody gives it a one-and-a-half page plot synopsis (funny since this is one of Godard's most self-sufficiently plotted films and an admirable self-criticism) and nothing else.

3) and of that exchange -- the letters between Truffaut and Godard, and the anecdote about the slurring of Pierre Braunberger: for those who've only read Adrian's review and not Bill Krohn's KINBRODY AND THE CEEJAYS, the latter really must be referred to for a deepening of the issues and events at hand in those letters and that slur. At Dave Kehr's always interesting blog, Glenn Kenny finds:


"Krohn’s attempt to reduce the Godard/Braunberger 'Sale juif' incident to nothing more than Godard attempting an allusion to Renoir and Braunberger not 'getting' it is a real stretch."


But Kenny does not need to stretch because this is not what Bill Krohn is suggesting at all. Bill's review would not be 8000 research-based words (in a book review!) if he were asking us to actively "reduce" and think the "sale juif" remark "nothing more" than anything. In short, there's more -- to consider, to argue, to think about, to remember, etc.. Brody's book, and the reactionary attitudes it has empowered (cf. Kenny's blog post on Godard and Brasillach, recent New York Times articles, etc) give the opposite impression. By doing the research on that letter that Brody did not do (or withheld), I think Bill is suggesting that it's impossible to accept Brody's long-armed judgements which, in this case, hinge upon the spoken word with no witnesses. This does not make the slur against Gorin by Godard (reported in the Brody) any less unfortunate. Nor does it make NOTRE MUSIQUE or any of Godard's films anti-Semitic. Brody is craftily counting on these slurs as they appear in his book to pass into and strengthen his perspective against Godard's anti-Zionist films -- and only in this vile book could it pass. 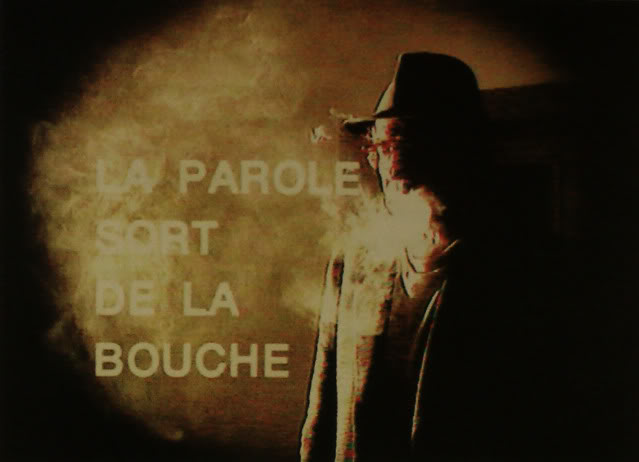 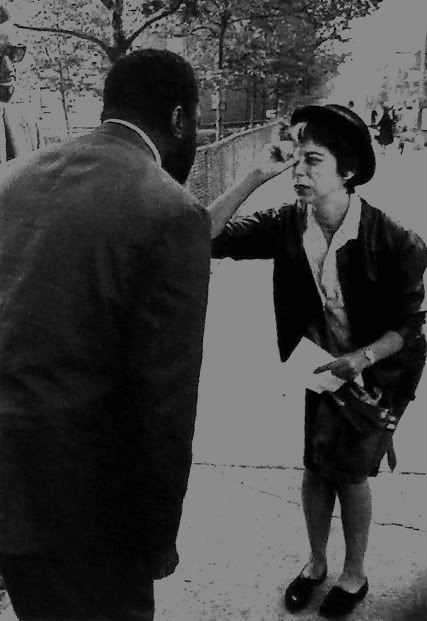 4) For a similarly complicated affair accusing Jean Renoir of anti-Semitism, including the rebuttals to that charge, see the wonderful Jdcopp's definitive post here.
* 1:36 PM

Thanks for all this, Andy and Adrian. Not sure I understand the value of any interpretive biography--does even Godard think he understands himself? Not sure he'd make movies if he did...

Are you saying Godard wasn't an artist when he made those films? Or that they're not as much art as his other works? Art and politics needn't be mutually exclusive -- Godard himself is the best example.

Or maybe you agree, and you're just responding to Brody's limiting definition of "art."

Hi Ed,
An artist asking questions about art's function, to put it a bit dully. I agree that art and politics aren't mutally exclusive but also that Godard's work -- by means of cinema -- includes the capacity for the transformation of the role "artist", the role "poltical", the role "political artist" into something we don't already know, something to be discovered, something that has bearing on their present relations (and not only on one's love life). But it's fashionable now to call Godard a great poet in a exclusionary definition that tries to discredit his interventions into philosophy, science, culture, politics....
Brody's book closes down rather than opens up the inspiration of the work in favor of assured one-note (often dime-store psychological) answers to questions which really still hang.