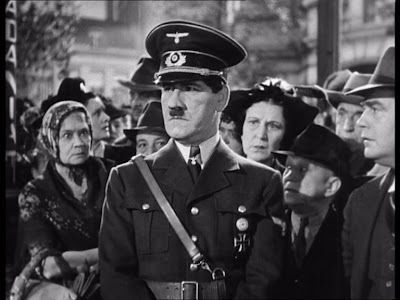 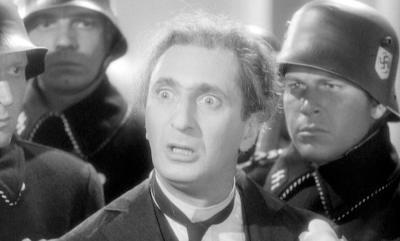 August 25, 1943
Miss Mildred Martin
Philadelphia Inquirer
Philadelphia, Pennsylvania
Dear Miss Martin:
I feel extremely sorry that my picture Heaven Can Wait has caused you two such uncomfortable hours.
I am not writing this letter with the intention to make you reconsider your criticism - nothing is farther from my mind. I am merely writing this letter to point out to you that several times in your criticism you resort to what one calls in sports circles a "foul."
In order to support your argument against me you feel it necessary to refer to the "Berlin born director." Not that I am trying to conceal my place of birth, but I feel at this point in your review the reference to my birth place is a little dragged in by the heels.
The purpose becomes very clear when in the next sentence in regard to To Be or Not to Be you call attention to my "callous, tasteless effort to find fun in the bombing of Warsaw."
Being an experienced newspaper woman you are surely aware of the effect such an allegation must have on the reading public, particularly at a time like this. Such propaganda is not very gracious, but when it is based on false facts it becomes outrageous.
Naturally, your statement that I "find fun in the bombing of Warsaw" is completely untrue. When in To Be or Not to Be I have referred to the destruction of Warsaw I have shown it in all seriousness; the commentation under the shots of the devastated Warsaw speaks for itself and cannot leave any doubt in the spectator's mind what my point of view and attitude is towards those acts of horror. What I have satirized in this picture are the Nazis and thier ridiculous ideology. I have also satirized the attitude of actors who always remain actors regardless how dangerous the situation might be, which I believe is a true observation.
Never have I said in a picture anything derogative about Poland or the Poles. On the contrary I have portrayed them as a gallant people who do not cry on other people's shoulders in their misery but even in the darkest day never lost courage and ingenuity or their sense of humor.
It can be argued if the tragedy of Poland realistically portrayed as in To Be or Not to Be can be merged with satire. I believe it can be and so do the audience which I observed during a screening of To Be or Not to Be; but this is a matter of debate and everyone is entitled to his point of view, but it is certainly a far cry from "the Berlin born director who finds fun in the bombing of Warsaw."
I repeat again, I have no quarrel with your opinion of Heaven Can Wait or my ability as a director in general, but I feel I have a right to protest against such insinuations which are so completely contrary to my real beliefs.
Sincerely yours,
Ernst Lubitsch
* 9:53 PM

And with this, all is said re: Godard and "l'affaire de l'Oscar."

A good point to make, and Lubitsch made it eloquently. Good to remind people of that, Andy.
Miguel Marías