The basis of Puissance de la parole (The Power of Speech) is the eponymous lyrical-scientific-metaphysical dialogue, written by Edgar Poe in 1846, between Oinos and Agathos, two angels (“in the period when we were mortal,” says Oinos) – from which Jean-Luc Godard takes 58 out of 149 lines, only replacing the word “ion” with “atom,” – and two pages of dialogue between ex-lovers in The Postman Always Rings Twice, written by James Cain in 1936, quoted in alternation. Godard wrote nothing: what good is writing when so many things have already been written. Such is his motto.

A somewhat iconoclastic association, as if Arthur Rimbaud and San Antonio were mixed together, Poe represents literature with a capital L, and Cain the pulp, dime store novel. In fact, the chosen passage is more like a melancholy tragedy than a trashy novel. There is even a common denominator, an intermediary, the “forever” written by Cain and by Poe, the pathos, among other things, often coming from a Bresson-like repetition of a word (“beyond, beyond,” etc.).

A difference from the Poe: here Oinos is a beautiful, feminine* angel (Laurence Côte), next to old Agathos (Jean Bouise, who died not long after). They are fashionably dressed, suit and tie and elegant dress, in contrast to the more average heroes of Postman, Franck and Velma (Velma is the first name of the heroine in Farewell My Lovely by Raymond Chandler, replacing Cain’s Cora: one more author in the bag). Those two, following a breakup, only talk to each other over the phone, Franck hoping for an impossible reconciliation (powerlessness of speech), Velma now living with stereotypically French, passive Jules.

The telephones are rotary-style and old, which is rather funny because the film was financed by France Télécom, interested in unveiling their latest product, and because this instrument is the vehicle of miscommunication (aggravated by a technical problem in the connection). Certainly, we see, as a minor equivalent, splendid radio transmitters in the style of the RKO logo (hardly effective, in fact) confirming the film’s overarching dialectical principle. Godard adores enraging his financial backers who only go to him for his name. He always manages to make the film an anti-advertisement and to displease his backer (see King Lear). Using Cain’s Postman is understandable since the postman is the antithesis of France Télécom. It is even funnier since there isn’t actually a postman in Cain’s book.

JLG loves to fool the public. At the beginning, he shows an old Moritone** that creakily advances with film inside, while this film, with its innumerable superimpositions – whose younger brother would be Furtado’s L’Ile aux fleurs – could obviously only have been done on video.

The dialectic intensifies as the buffoon from Rolle summons the mixed and even overlapping sounds of Ravel, Strauss, Bach, Beethoven, Cesar Franck, Bob Dylan, John Cage, and Leonard Cohen; and the images of Van Gogh, Bacon, Ernst (the sublime and the trivial), the bottle of red wine at the edge of the table from Diary of a Country Priest with the red checkered tablecloth, Karina’s slender silhouette (Pierrot le Fou), and Haroun Tazieff’s volcanic orgy. The most beautiful example of this is the scene where the luscious Lydia Andrei – a Rubens in opposition to the Botticellian Laurence Côte (the two possible appearances of the ideal woman) – washes herself, naked, in the sink of a kitchen with a dirty water heater, while luxuriant vegetation can be seen through the window, and it all suddenly resounds with the “sublime nostalgia” of Leonard Cohen. There is here a succession of contradictory elements, moving in and of themselves, that becomes more moving with the unusual accumulation, as if it was a matter of stratums of every époque finally brought together – Sinemurian, Burdigalian, Priabonian, Kimmeridgian, Ladinian, Oxfordo-Callovian, even Bajocian.

The accumulation is often situated not only in the rapid passing of time, but in the unity of the visual and sonorous image, sometimes composed of five superimposed shots: better than Gance’s Napoleon! The strongest is when, on the famous checkered tablecloth, five planes like the ones in Top Gun show up, twirling close to the face of a steep mountain (another inserted image).

All of this happens in a mere two seconds. Godard never dwells on an effect. Each one, often duplicated by another, fits in like the note or the chord of a piece of music, the art conjured most often by Puissance de la parole (independent of Bach, Cage, and tutti quanti).

The abstraction of a metaphysical text releases an emotion that becomes ten times stronger by the return to familiarity: Laurence Côte, with a sense of lived experience, pronounces naturally the most abstract words as if it was a matter of something from within her or the choice of a dress or a key ring.

Video is exploited to an intense degree: the fluorescent colors, strangers to visual reality, shock and stun; so too do Laurence Côte’s pink stockings and berets and Jean Bouise’s green cardigan and tie. But they are even more striking when, towards the end, they are suddenly wearing clothes of identical and unreal colors, suggesting an unusual, profound, and loving communion solely by the clothing of the old man and the young beauty (a theme taken up by most of Godard’s films for a quarter of a century). The movements of the assassin, young Franck, are repeated, through the editing, by the old angel Agathos: their legs bend in the same way, in the same rhythm. He is his double.

The nature of everything is ambiguous, thrown into doubt. A terrestrial sphere resembles Franck’s skull, as well as the moon, glowing an instant as if Franck was sanctified. Is that a tear that falls slowly from his eye or a shooting star, a fly on the screen, or a hair? The sand close to the lake, was it actually snow? There are a thousand elements, but even unity is varied.

The movement of the music, the torrent, the lava, and the fire takes us toward the dimension of the academic film, but JLG vanquishes this risk by unceasingly cutting, breaking the emphasis, the frenzy, and the rhythm with syncopations and freeze frames, as if he wanted to both (repeating Sauve aui peut) show time – majestic, inexorable – pass by, and to stop it, break the pathos, stop the flowing water, to have both movement and immobility at once. All of this is pierced by the aggressive gulls from Prénom Carmen (a bit abusively, Godard will take them in his later films to the most unseemly places: a call to order of possible horrors). This density – dense because it is brief – makes the film the equivalent of Keats’ Ode to a Nightingale and Valéry’s Cimetière marin.

Geometric forms – circle and square, triangle but also geometric moth – tend to get confused. Godard seems obsessed by the wild wish to square the circle. With Puissance de la parole – sixty-nine screenings of which have not exhausted its riches – the cinema, as Chabrol said, becomes an “art of relationships,” following the first age of the ontological art (Rossellini, Renoir) which has come to pass. The death of ontology. Puissance de la parole, whose only TV broadcaster, la Sept, showed it recently at five past midnight, figures among the top ten films in the history of cinema. And this evaluation seems fairly timid and deprecating to me. I have a hard time imagining that in the centuries ahead another film will surpass it. 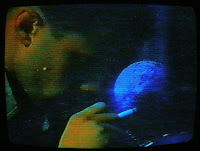 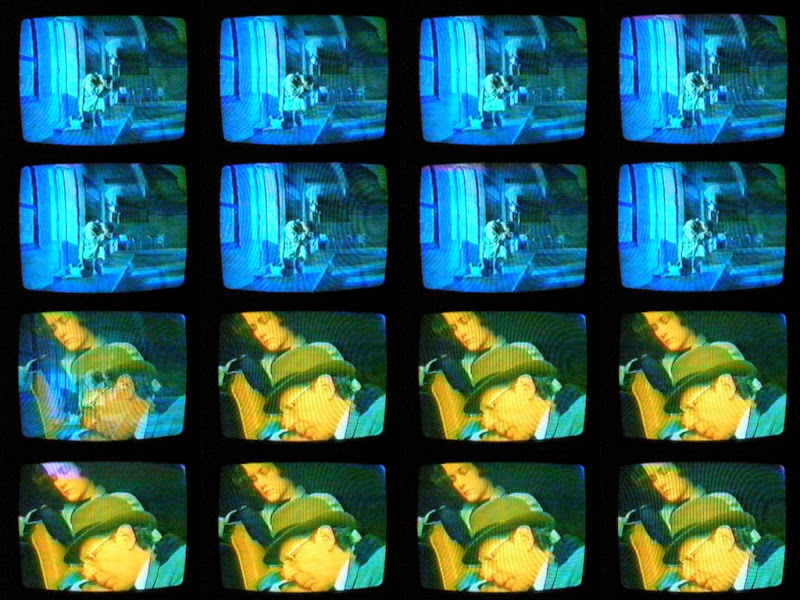 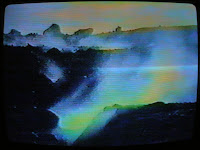 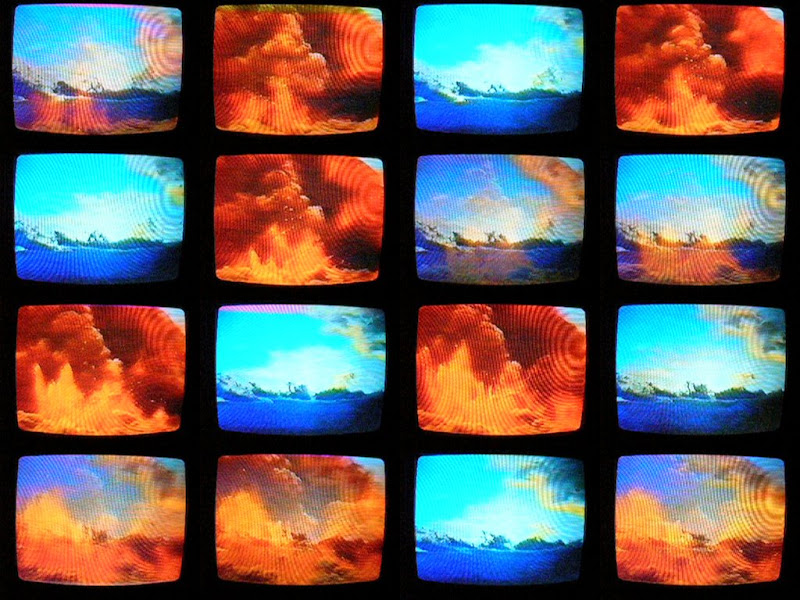 Wow! A one-two punch! Thanks so much Andy and Ted for the work done on the Huillet and Straub interviews and Moullet essay.

Thank you so much, Andy and Ted. I saw this in NYC a couple months back, but without subtitles, so this is not only a beautiful evocation of the film but also provides valuable context.

Yeah, I think Moullet's article is one of the best pieces written on the film that I've come across.

His long Godard article from when Breathless came out is also still really relevant.