With a Rotary International emblem on the lapel of his neat, pinstriped business suit,Yoshikata Yoda could very easily pass as the banking executive he might have become if it had not been for a violin case, a month in prison and finding haven in a movie studio filled with gangsters and one great artist.

He spent the next twenty years as the trusted and tormented scriptwriter for the late Kenji Mizoguchi (1898-1956), one of the master filmmakers of the world. Mizoguchi is known best in this country for Ugetsu and Sansho the Bailiff but the great body of his work explores the lives of women marked by powers of endurance.

Yoda threw new light on the Japanese director in a series of lectures at the University of California, Berkeley, where an unparalleled retrospective of Mizoguchi's work is being offered by the Pacific Film Archive. 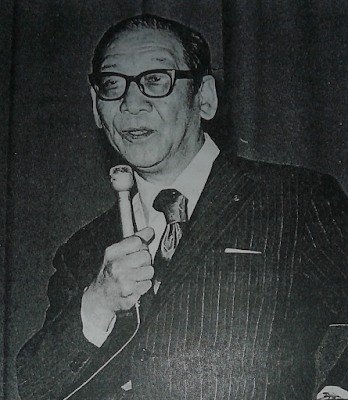 With an all-too-vivid recollection of their fierce creative battles,Yoda is not presenting any hagiographic portrait. "In my dreams, I strangled Mizoguchi many times," he said with indisputable glee.

"We had quarrels like husband and wife. So often, I said, 'I'll be damned if I change this another time!' Then I thought, 'But if I don't, the child will never be born.' It was worth doing work with Mizoguchi. I felt as though I expended every possible effort. Not that I ever enjoyed working with him. He swore at me and called me a hungry devil. That's a Buddhist phrase for a hell where one goes forever hungry. He was a three-clawed fiend, always at me."

Yoda denied that Mizoguchi was a "feminist" director. "Mizoguchi was not comfortable with 'liberated' women or portraying upper-middle-class ladies." In Japan, they say that "stronger women and stronger [nylon] stockings" appeared after World War II, "but Mizoguchi," Yoda noted, drawing a parallel in reference to Women of the Night about prostitutes in postwar Tokyo, "was more comfortable with cotton stockings."

After years of collaboration,Yoda's first real clue to the director's fascination with women came when they were once alone at the public baths, the usual retreat when a scene was not going well. That day, he asked Yoda, "Do you wonder why I always keep my T-shirt on in here?" He removed it, displayed deep scars on his back from wounds inflicted by a rejected geisha when he was in his twenties and his only comment was, "Woman is a dangerous thing."

The two men began their association in 1936 when Mizoguchi was forty with two precedent-breaking realistic films: Osaka Elegy about a young telephone operator who allows the boss to seduce her in order to help her family financially and Sisters of Gion about a "modern" independent geisha and her older sister. 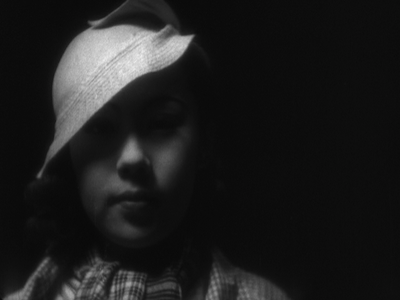 Yoda, then twenty-nine and recovering from serious lung troubles, did not know any geishas and could not afford to visit the first-class tea, houses in Kyoto's Gion quarter. He conducted his research from a kitchen corner in a less expensive house where the geishas were prostitutes.

Government censors who felt the geishas should be depicted as women graciously serving their clientele objected to the bitter realism. "These two films were epoch-making," Yoda explained, "because we revealed for the first time the underpinnings of society"

Whether the films were realistic or as other-worldly as Ugetsu, they were distinguished by the memorable images framed by a director with the eye of an artist. Mizoguchi, son of a poor Tokyo carpenter, had started out to be a painter, but then worked as a reporter in Kobe.

Yoda's own sympathies were shaped by the rice riots he observed in his childhood in Kyoto. As the financial panic deepened, women were sold into prostitution.Yoda's mother ran a small shop after the death of her husband, a silk designer.

Engrossed in the novels of Dostoyevsky and Ibsen,Yoda began writing unusually realistic stories in high school.

A forbidden copy of Feuerbach's Dialectical Materialism "fell upon me like an avalanche," he said. Overnight, he was converted from Christianity to atheism.The violin lessons he had been taking were soon turned to another purpose. In 1929, he began using the violin instrument case to transport leaflets urging the workers of a large spinning mill to organize.The leaflets were traced to the bank where he was a teller, he was arrested, tortured by the special police and imprisoned for a month.

"The studios in those days were filled with riff-raff, everything from bums to vicious criminals," Yoda recalled. He once saw a man shoved into a vat of the blue dye used for night scenes. The cameramen wore daggers to forestall any problems with the actors.

Yoda's initial script, Naniwa Elegy, marked the first portrayal of a juvenile-delinquent girl for a non-sentimental drama. The producers didn't like it, released it without publicity and effectively buried it.

Of the twenty-three films he made with Mizoguchi, Yoda thinks his best scenario was Chikamatsu Monogatari, which deals with the responsibilities and interdependencies of many relationships.

The film that far surpassed his script, Yoda said, was The Life of Oharu, which chronicled a woman's forced descent into degradation.

"There Mizoguchi captured everything I intended," Yoda said. "There is a candid and gritty quality there that is not found in any of his other works. In his last films like Ugetsu, he achieved a total fusion of his realistic and romantic styles. He was constantly concerned with how to create scenes true to life.

"He usually portrayed women in oppressed situations. Does that mean that he had a great deal of sympathy or love for the women?" Yoda asked rhetorically. "I doubt that. His way of looking at things was through the eyes of an egotist. But, did he place his female characters in a position where he took pleasure in their suffering? I also doubt that."

Leonard Schrader, who is translating Yoda's book on Mizoguchi, believes that women served him as a symbol of the artist's suffering in an indifferent society. At the same time, Mizoguchi was tortured by the belief that he was not a great artist. "This man you call Mizoguchi," he would cry in despair, "is nothing but a fool."

Judy Stone
5/23/76
from the book
Eye on the World:
Conversations with International Filmmakers,
Silman-James Publishers, 1997. 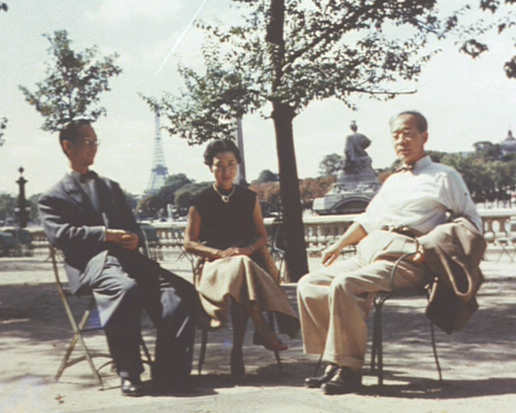